What do the Banderite and Nemtsov’s memorial rallies have in common?

How do you like this picture? The whole point of the event in one slogan! The right words and the right language. Not convinced? Then look at more: 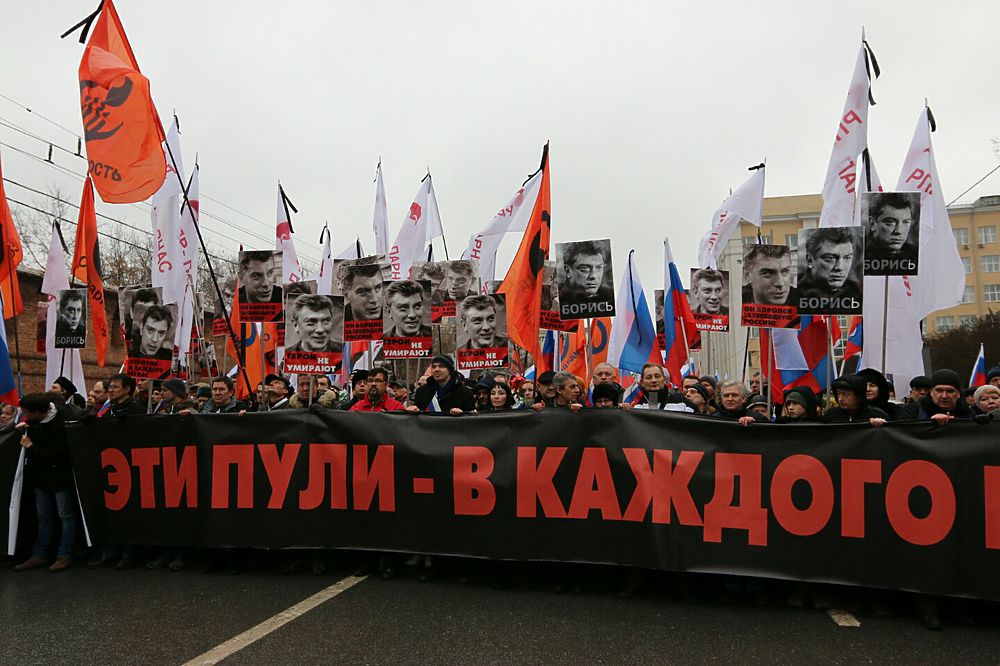 Here’s another photo from the rally. “Heroes don’t die.” Where have I seen it? Aha! 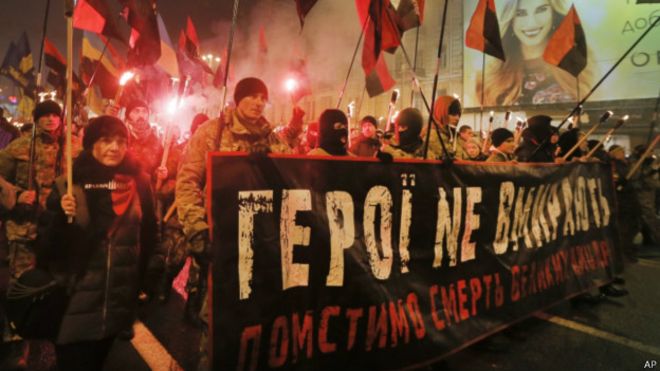 A march in memory of Stepan Bandera was held in Kiev 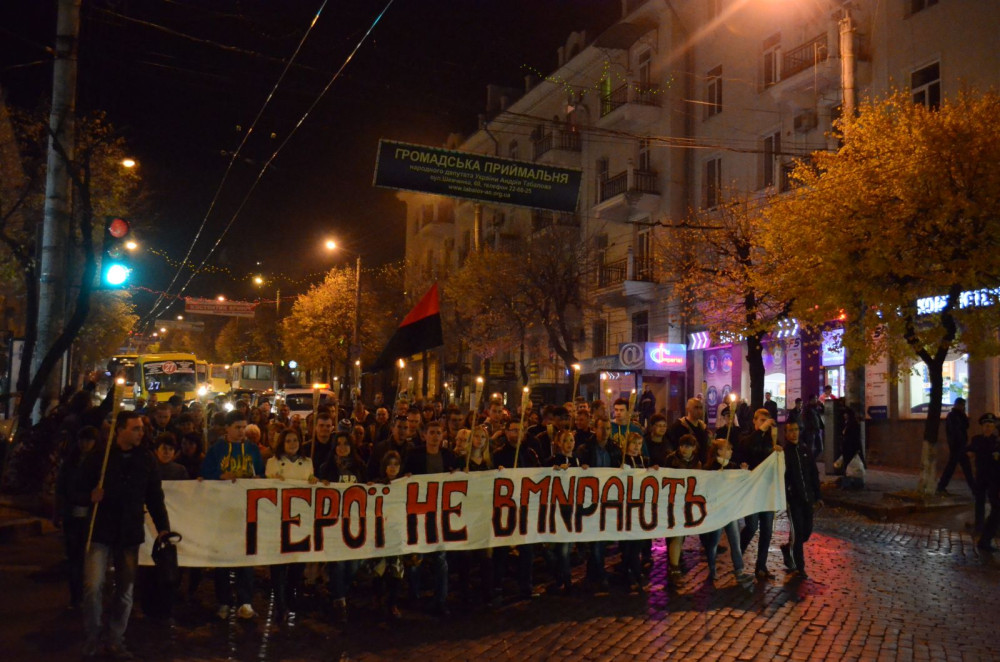 Procession in support of the heroes of the ATO 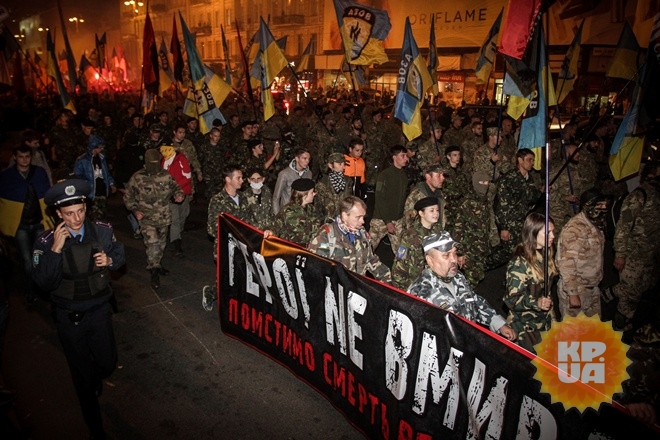 I think, that’s plenty of examples. Interesting, who in Russia do they want to sell this picture of a memorial procession to?

Am I the only one who thinks, that CANVAS which is tasked to organize maidan in Moscow is stupidly cutting corners and copying? Even too lazy to come up with an original slogan…

CANVAS and Right Sector trail in the murder of Nemtsov