Cinemas in Western Ukraine refuse to play “The dawns here are quiet.”

Almost half of cinemas in Ukraine refused to show the picture directed by Renat Davletyarov, which would have premiered on April the 30th.

This was reported by ‘Vesti.

A manager of one of the Ukrainian cinemas admitted, that the Russian film was rather foreign. “On the day that ‘The dawns here are quiet’ is released, we have other premiers that in our view, are more commercially successful – ‘Second Chance’ starring Al Pacino and ‘Focus’ starring Will Smith,”  [Fluff, and other junk. Big budget, commercial film projects that are quite possibly as damaging for your mind, as eating fast food is for your body – tr.] commented the cinema manager.

According to the Director of the Ukrainian cinema “Kiev,” Vilija Bondarenko, their cinema also prefer the premier of the movie starring  Al Pacino: “Plus there are many festival films that are planned”.

“Some cinemas may have also decided to play it safe, and avoid aggression from moviegoers who promised on the web: “If I see this movie on the posters — I will call the SBU ‘Security Services”, — she added.

The production is based on the novel by Boris Vasilyev “The dawns here are quiet”, which tells a story about the tragic fate of five young girls during the Great Patriotic War. The novel was published in 1969. It has been performed numerous times in theaters, and in 1972 came the film adaptation of it with the same name by Stanislav Rostotsky. The cast of this film was composed of Irina Shevchuk, Yelena Drapeko, Andrey Martynov, Olga Ostroumova, Irina Dolganova, and Ekaterina Markova. 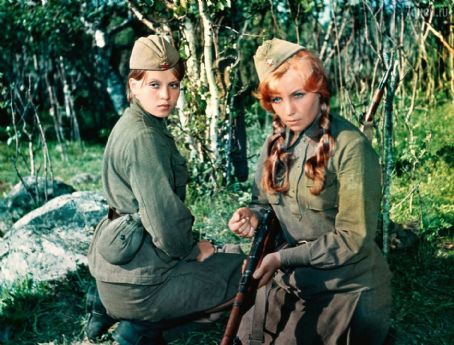 A test for humanity: the anniversary of Odessa tragedy