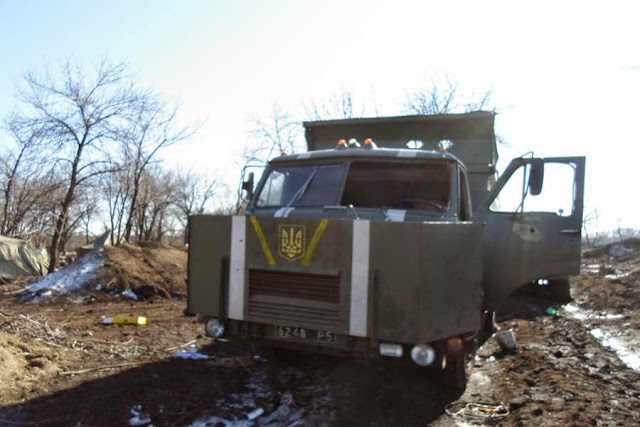 The command of Ukrainian armed forces fears that Ukrainian units in Donbass will abandon their positions en masse in the event of resumption of hostilities. This is evidenced by the UAF inspection documents, intercepted by military intelligence.

“In certain units military tasks will not be executed without the use of additional compulsory measures. There is a threat of entire units leaving their positions”, — stated the document, provided by the Ministry of Defense to the Donetsk News Agency.

UAF inspection documents also prove that the personnel of Ukrainian army lacks preparation and organization. “It appears that in the event of resumption of hostilities in the ATO zone, most of the UAF military personnel will be inactive, will not put up resistance, because personnel is not properly organized and not fully prepared”, — says the official report of UAF [may be a prospect of 8 years of jail for refusing to go to war; rampant corruption in the army and being forced to kill fellow Ukrainian citizens did not contribute to a higher morale? – KR]

The documents also contain results of psychological tests of security forces. “The statements of the UAF military personnel allow us to conclude that if a command is given to begin military actions, the management of UAF divisions will seek to leave the dangerous areas to save their own lives,” – the document says.

A particular concern to the high command of Ukraine were the statements of individual soldiers about their positive attitude towards Donetsk and Lugansk People’s Republics.

In February 2015 during the fighting in the Debaltsevo cauldron the militia had numerous reports of UAF officers abandoning their units and trying to get out of the encirclement on their own [true, and also about other cauldrons, just remember the rapid speed the cauldron was shut and cleared, and how the ordinary soldiers did not even know there was a cauldron, well, even Poroshenko denied it all night in Minsk! – KR].

Italy is following in the Greek footsteps