One of the fighters of the “Right Sector” did not hesitate to publish the pictures of a captured militiaman, who had his fingers cut off on both hands. The characteristic notches and the blood itself are quite visible on the box in the photo. 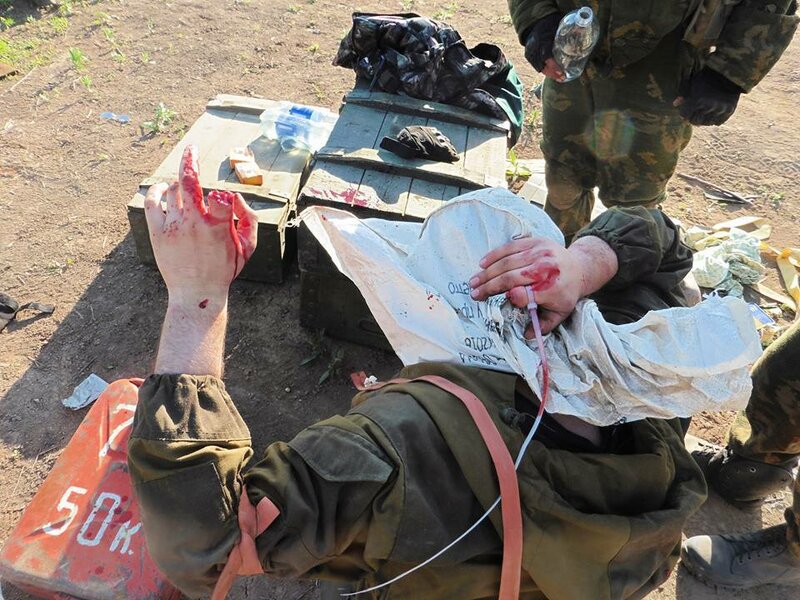 In the comments the severed fingers caused a wave of joy and jokes. 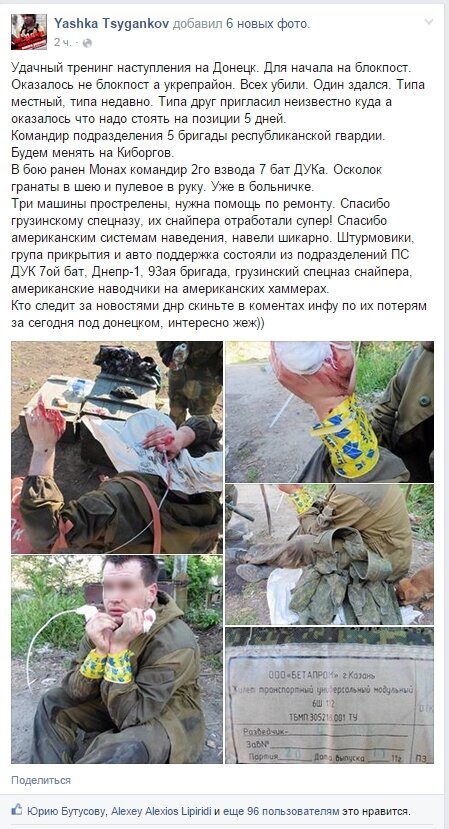 “Successful practice of an advance on Donetsk. At first, on a checkpoint. Turned out to be not a checkpoint, but a stronghold. Killed everyone. One surrendered. Saying, he is “just a local”, and started “just recently”. Just a friend invited him who knows where, and he had to stay there for 5 days.  Commander of a unit of the 5th brigade of the republican guard. Will exchange him for Cyborgs.


In the battle the commander of the 2nd unit of the 7th battalion of Volunteer Corp, Monk, was wounded by a fragment of a grenade in his neck, and a bullet in his arm. Already in a hospital.


Three cars have been shot by bullets, need help with fixing. Thank you to Georgian spetsnaz, their snipers worked super! Thank you to the American fire location systems, located perfectly! The storm troopers, the back up group and mobil support consisted of the Right Sector units of the 7th battalion, Dnepr-1, 93rd brigade, Georgian sniper spetsnaz, American fire spotters in American hammers. Whoever follows DPR news, let me know their info on losses near Donetsk, just curious))

A Few Thoughts About Tomorrow

On the Russian Citizens Captured by Kiev