For the city, the center of which is in the kill zone of any weapons except for light infantry, Donetsk lives surprisingly peacefully. Yes, without pressing need nobody goes out on the streets. But it is very beautiful and on weekends and holidays many parks are filled with many beautiful people.
At night the city empties out – if I’m not mistaken, a curfew starts at 11 pm. I often do not have enough  time – meetings with the leaders of the republics sometimes go until late at night. People are really working to their limit. But I never met any bureaucrats – they all fled. Remained the enthusiasts, volunteers, those who are not afraid. 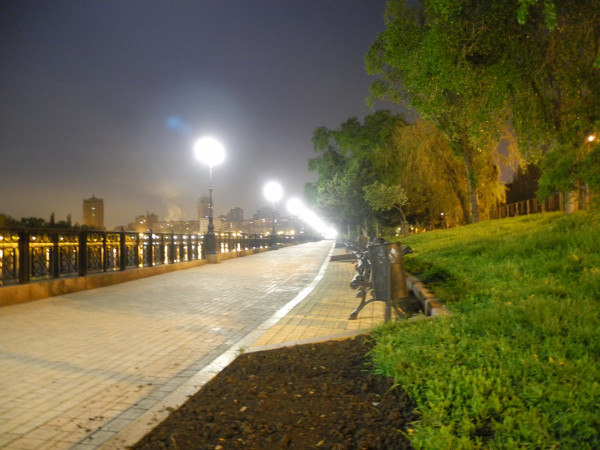 No, they are not some special people. It’s just that the land was saved by those who came out to the front lines. Those, who gathered here the entire year from all over Ukraine. A lot of people from Kharkov. Here remained those who didn’t run, didn’t hide, who is ready to defend their land. Those who then go on to liberate the land of their comrade, who had helped to save Donbass. 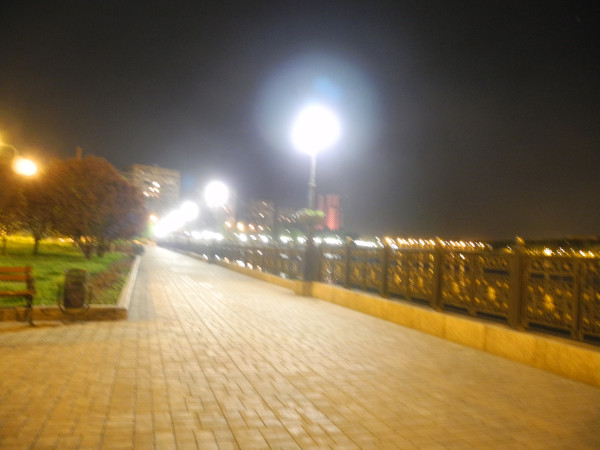 Here you will not meet people, who follow the logic “We defended our land, and everyone else can defend their own”. The Internet is full of that sentiment and this shows that this meme was not created in Donbass. There are units, and even divisions, where everyone – from private to Colonel – are residents of the occupied territories of Ukraine.

Fighters die every day – this inscription still smells of paint. But everyone here knows what the Banderites nicely posing on camera do not know – here each and everyone is defending their land from Banderites, who had never lived here. Who had always been diligently imported here by strangers – and to no avail.

The Nepal emergency of the Ukrainian Minister of Emergency Situations