Russian Federation President Vladimir Putin, in his column for the Russian Pioneer magazine tells about his parents during the war, about his brother, about amazing coincidences which comprised his life, about how his parents did not how and did not want to hate their enemies.

“Father did not like, to be honest, to even raise this topic. It was rather like this. When the adults were talking and remembering, I was simply around. All of my knowledge about the war, about what happened to my family, came from these conversations between adults. But sometimes they addressed me directly.

My father did his mandatory service in Sevastopol, in a submarine unit, he was a sailor. He was called up in 1939. And then, after coming back, he worked at a factory and both he and my mother lived in Petrodvorets. They even built a small home of some sort there.

The war begins, and he is working at a defense plant where he is exempt from mobilization. But he applied to join the party, and then another to go to the front. He was sent to a NKVD sabotage unit. It was a small unit. He said there were 28 people in it, they were dropped behind enemy lines to carry out demolitions. Blowing up bridges, railroad tracks… But almost immediately they fell into an ambush. Someone betrayed them. They came into a village and then left it, but once they were coming back the fascists were waiting for them. They were chased through the forest and he survived because he made it into a swamp and breathed underwater through a reed. I remember this from his recollections. He said that as he was sitting in the swamp, he could hear German soldiers walking nearby, with barking dogs…

It was already the autumn, which means it was already cold…I also remember he said that their team was led by a German. A Soviet citizen. But–a German.

And what’s interesting is that a couple of years ago the MOD brought me the file on that team. I have a copy of it at home in Novo-Ogarevo. The list of group members, names, short biographies. Yes, 28 men. And headed by a German. Just like father said. 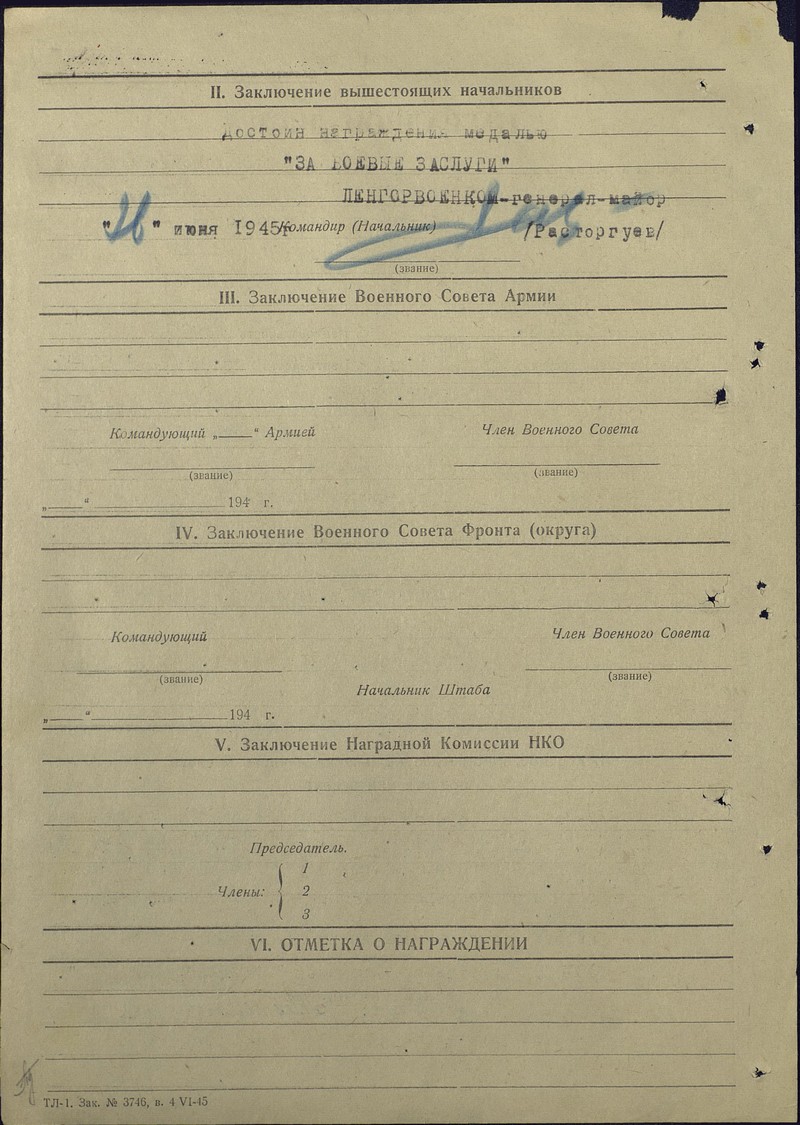 And then they were sent for regrouping in the active army–and to the Neva bridgehead. It was probably the hottest spot during the entire Leningrad blockade. Our forces held a small piece of territory. Four kilometers wide and two and a half deep. It was expected it would be the launchpad for the future breaking of the blockade. But that’s now how it worked out. The blockade was breached somewhere else. Nevertheless the bridgehead was held, for a long time, with heavy battles. Very heavy. Fire from commanding heights held the entire bridgehead in check. The Germans, naturally, also understood a breakthrough could be launched form there, and were trying to wipe it off the face of the earth. There is information on how much metal the soil there contains. To this day there’s more metal there than dirt.

And father said about how he was wounded there. It was a heavy wound. He spent the rest of his life with the shrapnel, not all of it could be extracted. He felt leg pains. He could not turn his foot afterwards. They opted not to extract the small fragments to avoid fracturing the bone. And, thank God, they saved his leg. But they could have amputated it. He had a good surgeon. He received a disability, second grade. That’s what allowed him to obtain an apartment. It was our first separate apartment. A tiny two-room apartment. Until then we lived in the center, so we had to move. Not quite to the edge of town, but to the new-build blocks. And that happened not right at the end of the war but when I already worked in the KGB. I didn’t get an apartment then, but my father did. It was a major source of joy. Here’s how he got his wound. He and a battle buddy made a small raid behind German lines, they were crawling, crawling…And then it was both funny and sad: they got to a German pill-box, father said a big guy came out, looked at them…and they could not get up because a machine-gun was facing them. Father said “the guy was attentively looking at us, got a grenade, then another one, and threw them at us. And then…” Life is a simple and cruel thing.

And what was the main problem, when he came to? In that it was already winter, Neva was covered with ice, they had to get across to get medical help. But he could not walk by himself.

He managed to get back to friendly lines on this side of the river. But there were few volunteers to carry him to the other side because Neva was under both machine-gun and artillery fire. There was almost no chance to get to the other side. But his buddy took him, without thinking. And carried him all the way to the hospital.  They both crawled there alive. The buddy waited at the hospital until after the operation, then said “Well, you’ll live now, I’m off to die.”

So he want back. And I asked my father: “well, did he die?” He came back to this story many times. He was tortured by it. They lost track of one another, and father thought he was killed. Sometime in the ’60s, I don’t recall exactly when, I was still little then, but at some point in early ’60s my father came home, sat at the table and started crying. He met his savior. In a store. In Leningrad. By accident. He went shopping and saw him. It had to be like that, that both of them walked into the store at the same time. One chance in millions. Then they came home to us, met…And mom told me how she went to visit my father at the hospital, where he was after his operation. They had a small child, three years old. There was hunger, blockade…Father was giving him his hospital rations. In secret from doctors and nurses. She hid the food, carried it home and fed their son. But then the father started passing out form hunger, so when the doctors figured out what was happening, they no longer let my mother visit him.

And then they took away the child. They did it, she said many times afterwards, in a compulsory fashion with the objective of saving small children from the blockade. They collected them in orphanages for future evacuation. They did not even ask the parents.

He fell ill there–mom said it was diphtheria–and did not survive. They didn’t even tell the parents where he was buried. They never found out. And then last year people whom I did not even know on their own initiative found documents in archives concerning my brother. And it was really my brother. Because I knew that they lived after their escape from Petrodvorets to avoid advancing Germans at a friends’ place–I even knew the address. They lived on the Water Canal. It would be more proper to say on the Circular Canal, but in Leningrad it is called Water Canal. I know for certain they lived there. And not only the address coincides. Also the name, year of birth. It was definitely my brother. The documents also indicated the place of burial: Piskarevo Cemetery. Even the specific plot. But the parents were not told. I suppose there were bigger things to worry about then.

So everything my parents told me about the war was true. They did not make up a word. Did not confuse a single day. And the brother. And the buddy. And the German, the group commander. Everything exactly right. And it was all confirmed later. My father, after they took away the son and my mom was alone and he could walk, got up on crutches and went home. When he came home he noticed that medical orderlies were carrying out corpses. Then he saw mom. He came up and he thought she was breathing. He says to the orderlies “she’s still alive!” “She’ll die on the way”, reply the orderlies, “she won’t survive”. He described how he attacked them with crutches and forced them to carry her back to the apartment. They told him: “we’ll do as you wish, but we’re not coming back here in three-four weeks. You’re on your own until then.” He took care of her. She remained among the living. And lived until 1999. And father died at the end of 1998. After the blockade was lifted they went to their parents’ home, the Tver Region, and lived there until the end of the war. My father had a pretty big family. He had six brothers, five of whom were killed. It was a catastrophe for the family. My mom also lost relatives. And I turned out to be a late kid. She gave birth to me when she was 41.

There wasn’t a family which did not lose someone. And there was sorrow, suffering, tragedy. But they did not feel hatred toward the enemy, which is amazing. I still can’t fully understand it, to be honest. Mom was in general a very good, kind person…And she would say: “How can one hate these soldiers? They were simple people and they also died in the war.” That’s amazing. We grew up on Soviet books, movies…And we hated. But she for some reason did not have that hatred. I remember her words very well: “What can you hold against them? They were workers like we were. They were simply chased to the front.”

I remember these words since my childhood.

Opinion: The best result of last year is consolidation of Russian elites before global challenges