The news about a protest at the U.S. Embassy in Kiev were almost ignored by Ukrainian (and not only Ukrainian) media. They reported about a six foot toilet bowl brought before the Parliament, demonstrating, how the MPs “flush” high-profile investigations. But the protest, which was attended by about 1,000 people … near the U.S. Embassy and with anti-war slogans “was not noticed”.

Activists of the public movement “Prav?Da!” (“Right?Yes!” also meaning “Truth”) on June 17, picketed the U.S. Embassy in Kiev with demands to stop American intervention in the conflict in Donbass and to foment a civil war in Ukraine.

According to activists, the United States of America are inciting a confrontation in Ukraine to achieve their goals in the region.

The protesters, who were about a thousand people, were holding Ukrainian flags and posters: “USA = war”, “U.S. soldiers get out of Ukraine!”, “Wherever there is America, there is war”.

“Children are dying, women, civilians. We are for peace. We want the bloodshed stopped. For this we require to remove from the territory of Ukraine the U.S. military and to stop the supply of American weapons”, – explained the position of the protesters, a representative of the public movement “Right?Yes!” Svetlana Gritsenko.

The protesters also tried to block traffic near the embassy, but the police and representatives of [Maidan] “Self-defense” prevented them from doing it.

Moreover, young men of athletic build, according to protesters, tried to provoke them, trying to start a fight and disrupt the event.

Representatives of the embassy refused to come out to the protesters. Then they glued to the front door of the embassy a petition which was addressed to the American people, U.S. President Barack Obama and the U.S. Congress: 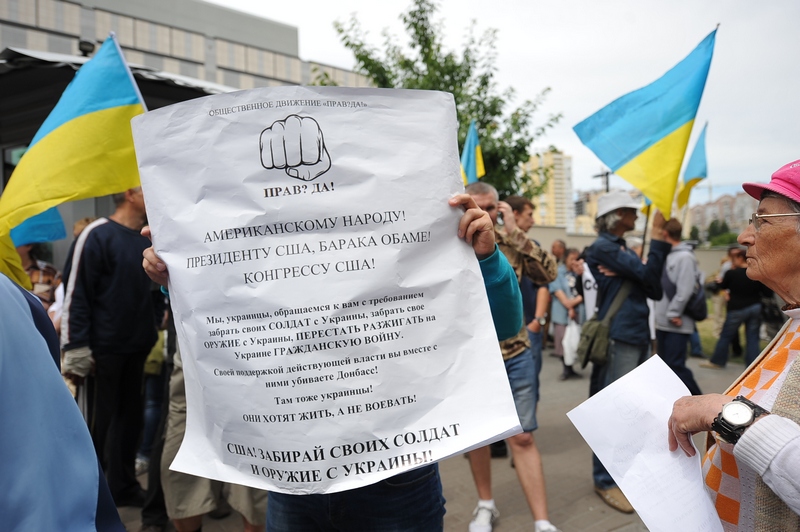 We, Ukrainians, are writing to you with a demand to withdraw your soldiers from Ukraine, remove your weapons, stop trying to foment a civil war in Ukraine. With your support of current authorities, you are killing Donbass along with them! There are Ukrainians too! They want to live and not to fight! USA, take your soldiers and weapons from Ukraine!

– reads the statement, which, however, U.S. Embassy officials stripped immediately after the departure of the demonstrators.

Activists promised to hold their protests in the future – until the US stops meddling in Ukraine’s internal affairs. 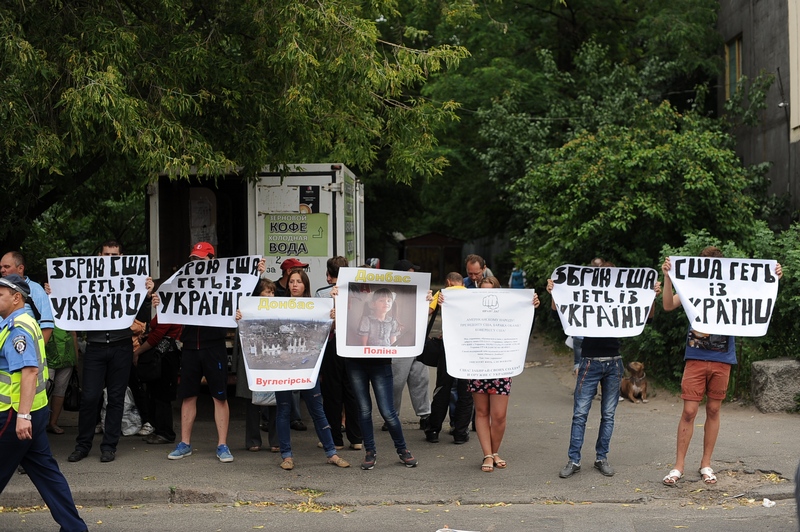 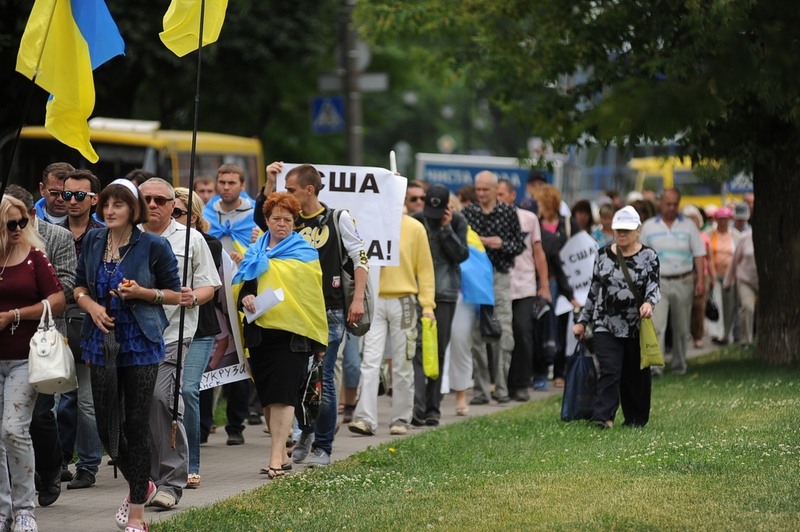 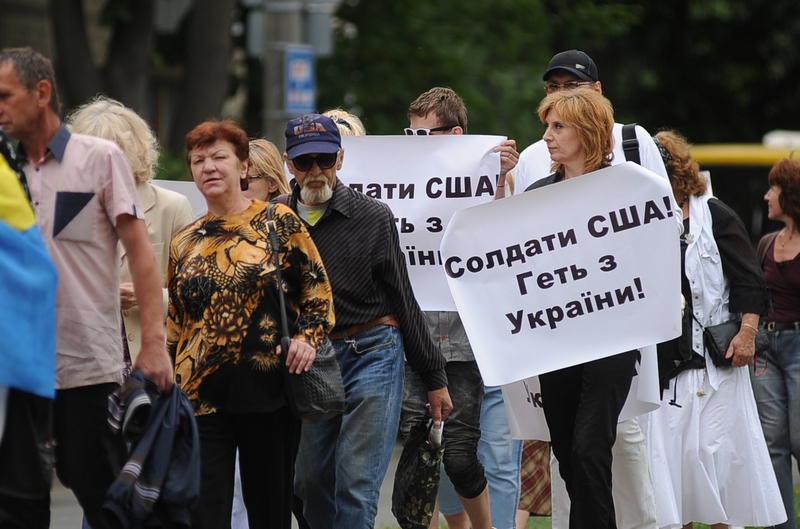 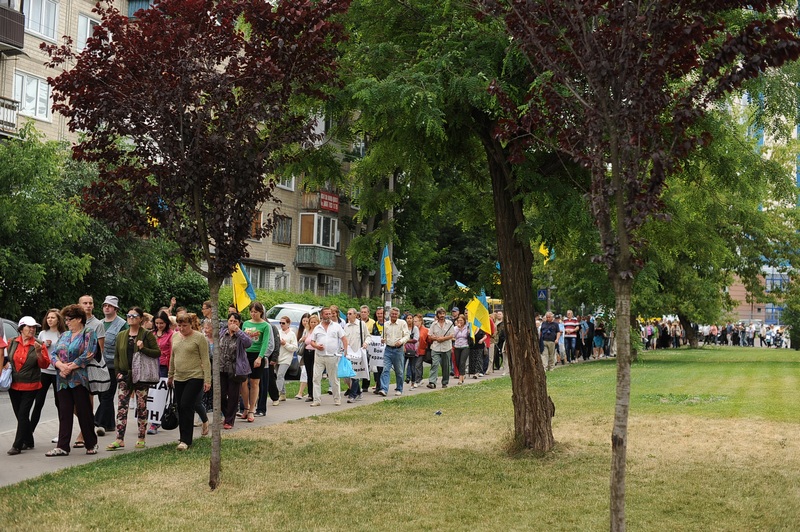 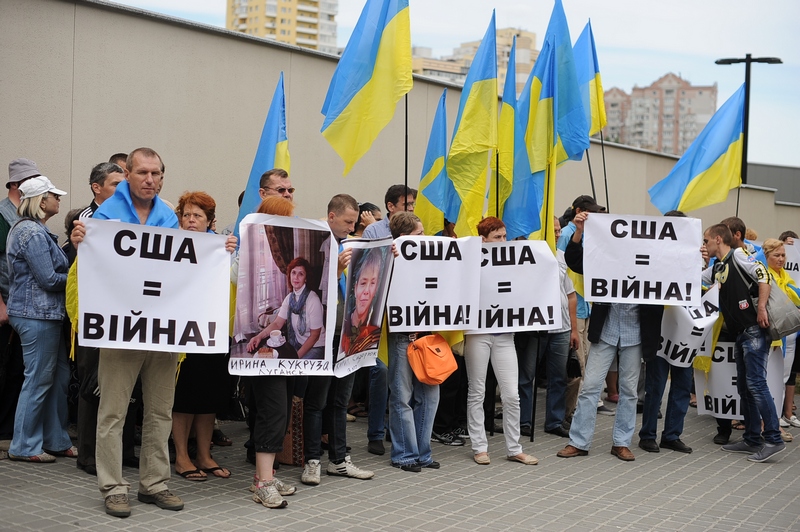 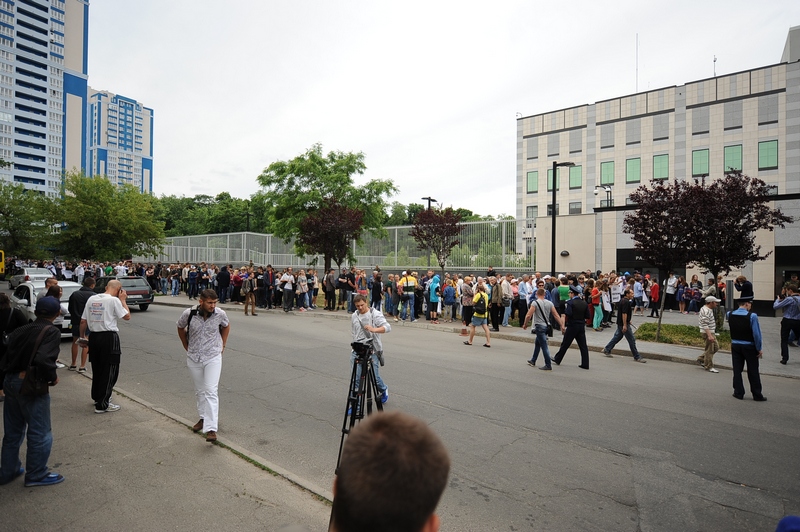 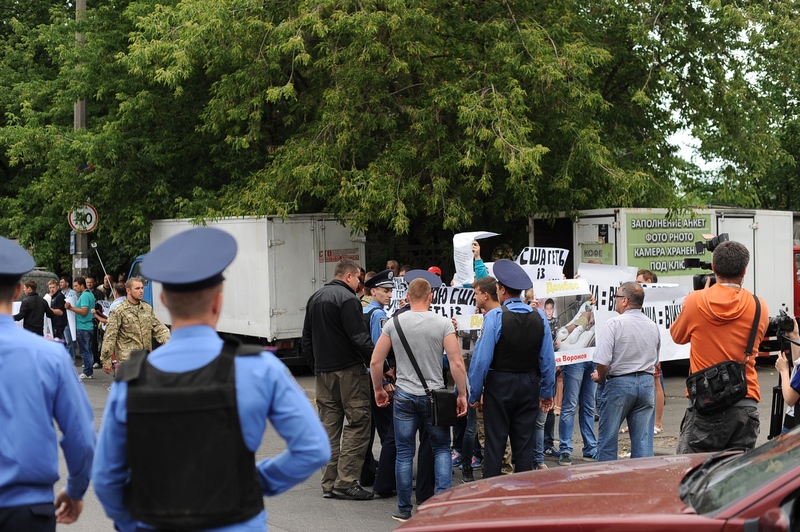 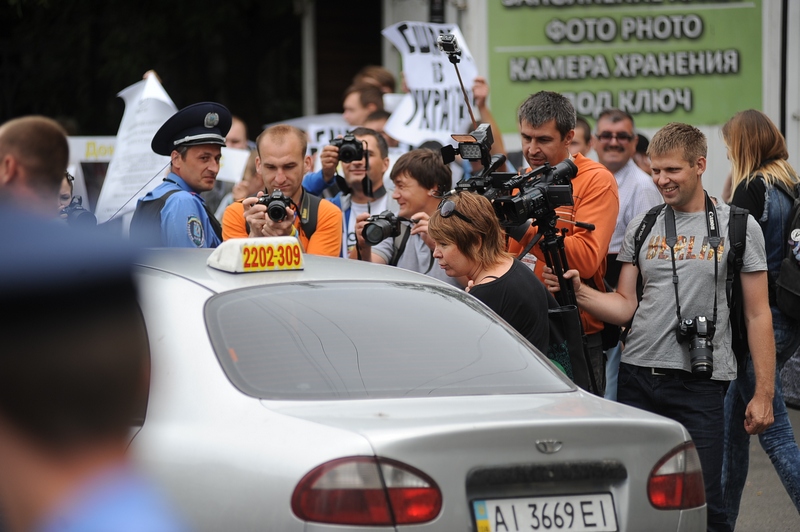 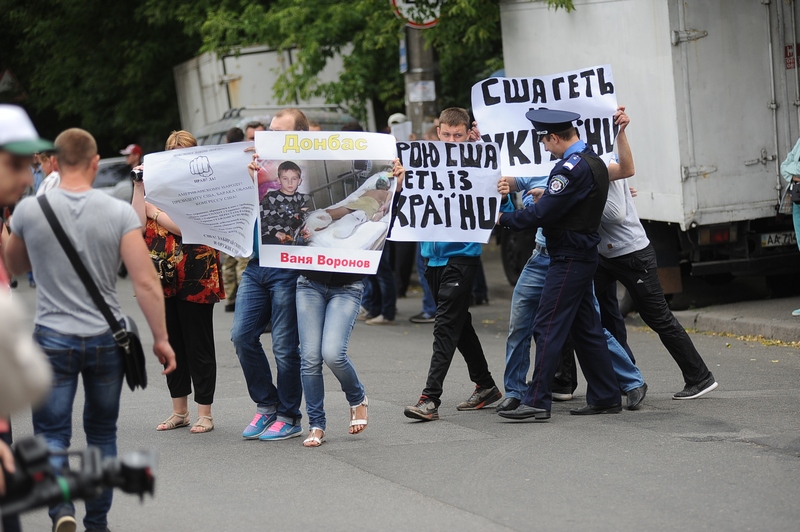 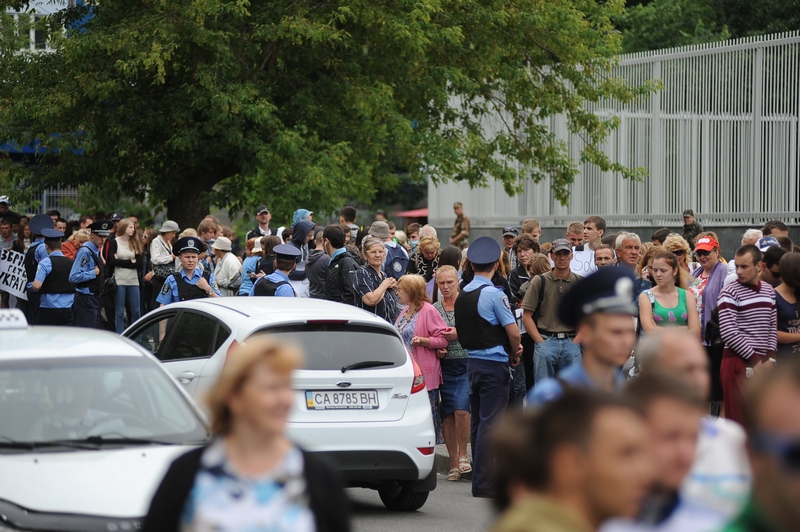 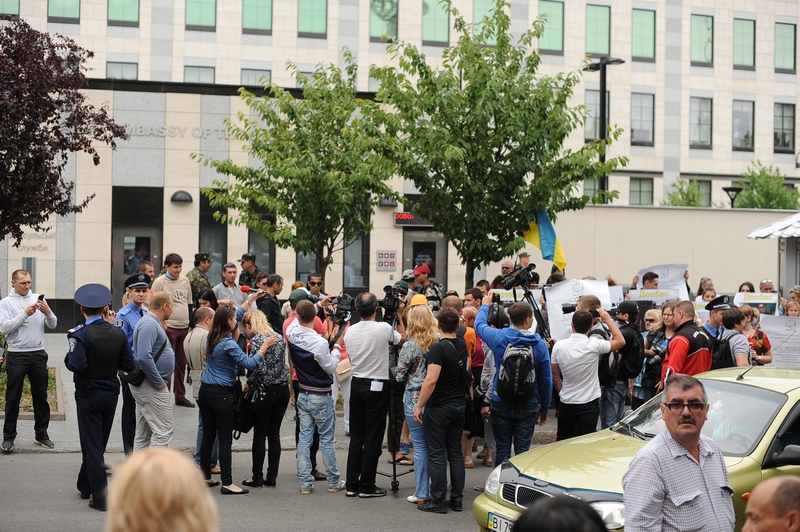 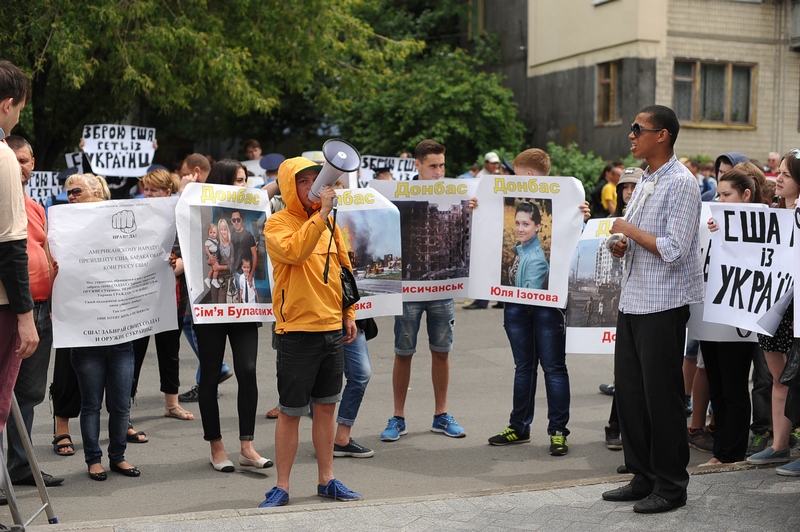 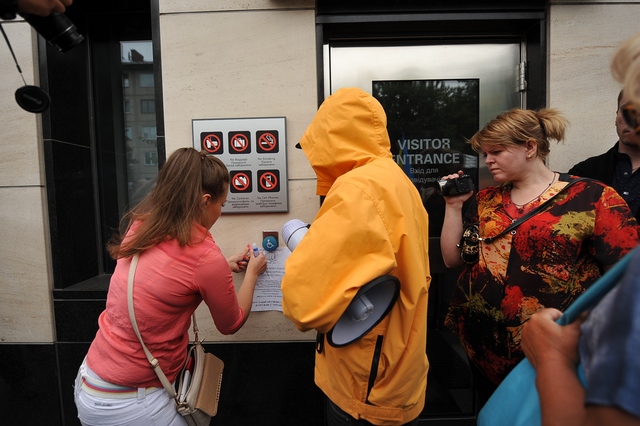 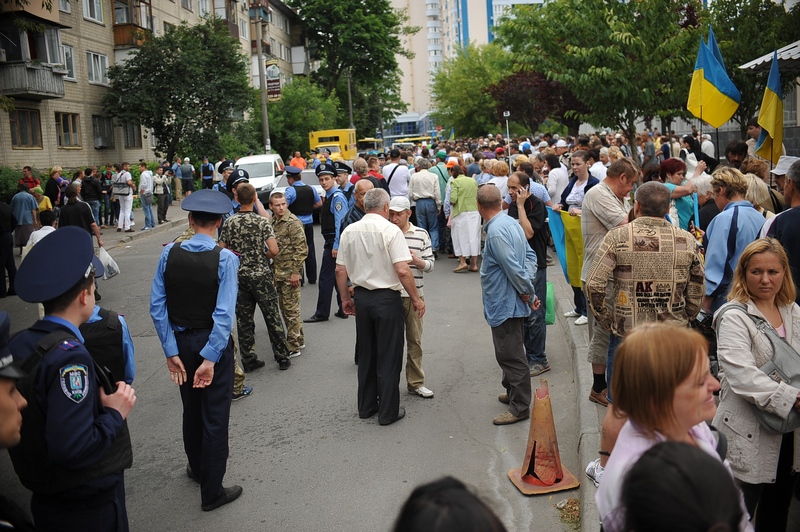 Nikolay Starikov: Estonia should pay back the money, for which Peter the Great bought it from Sweden 300 years ago