The Islamic State published photographs of its attacks on the Iraqi Army’s M1A1M tanks on July 9, 2015 near Baydzhi (200km north of Baghdad) using 9K120 Kornet-E missiles. In both instances the missiles struck their targets which, according to the militants, were destroyed.  ISIS twitter claims that’s those were the 9th and 10th Abrams tanks destroyed near Baydzhi. 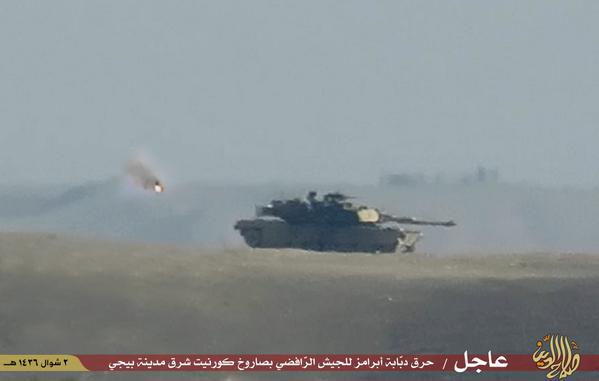 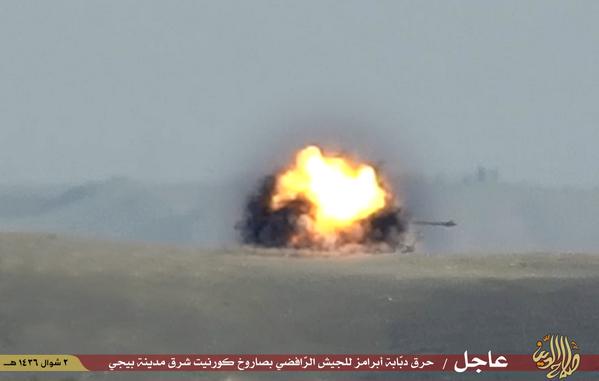 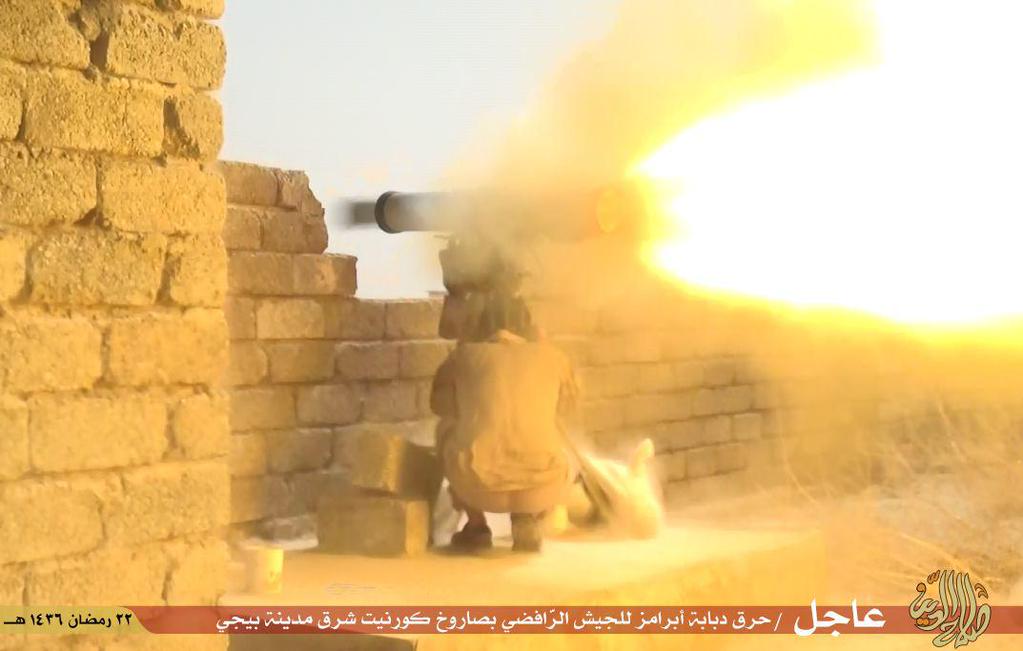 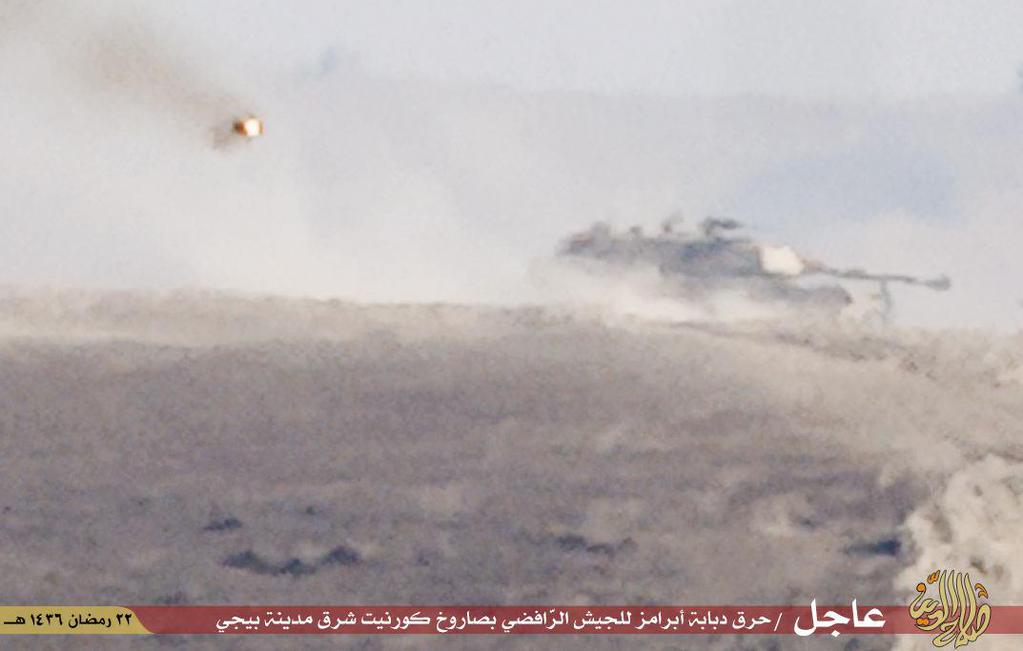 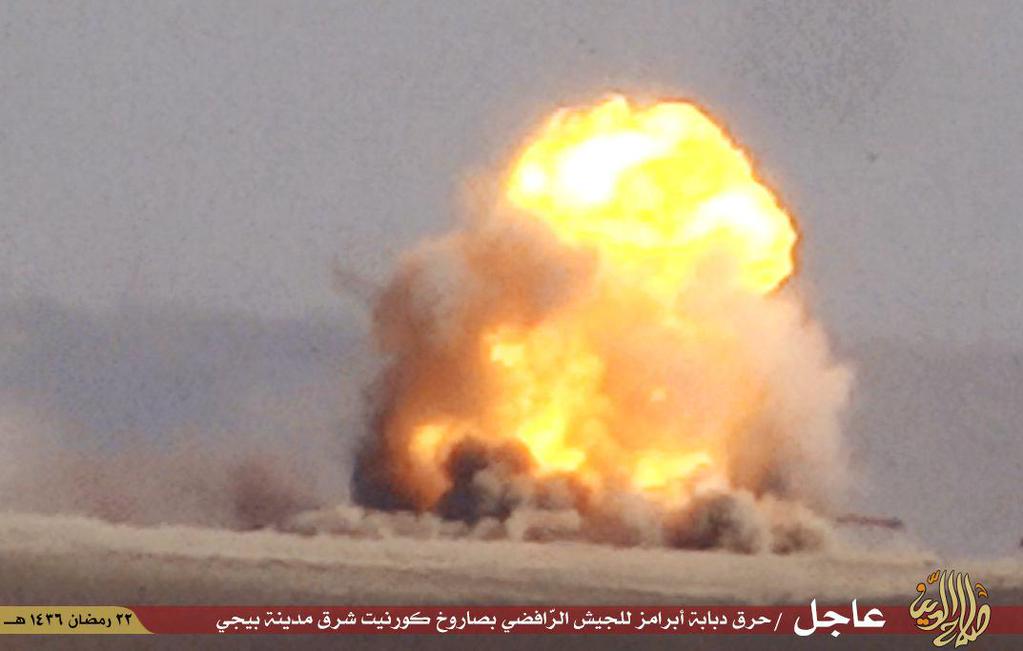 J.Hawk’s Comment: The missiles in question were originally supplied by Russia to Iraq, and some of them were reported captured by ISIS several months ago.

Russia to test newest helicopter missiles against terrorists in Syria