[To read Yevdokia Sheremetyeva’s other dispatches from the Donbass and Crimea, click on the ‘littlehiroshima’ tab above the title.]

And yesterday we dropped in on our Sergey Kutsenko.
To say he’s family isn’t explaining very much.
We met him in April in a barrack in Khryashchevatoye where he had to live after he lost his house to shelling. He is gravely ill with progressive polyarthritis. He lost his leg a few weeks after we met him. He had nowhere to go to, and didn’t even want to live anymore. He was completely on his own…
The conditions in the barrack were unbearable–no water, electricity, help…he had nothing, except his crutches… 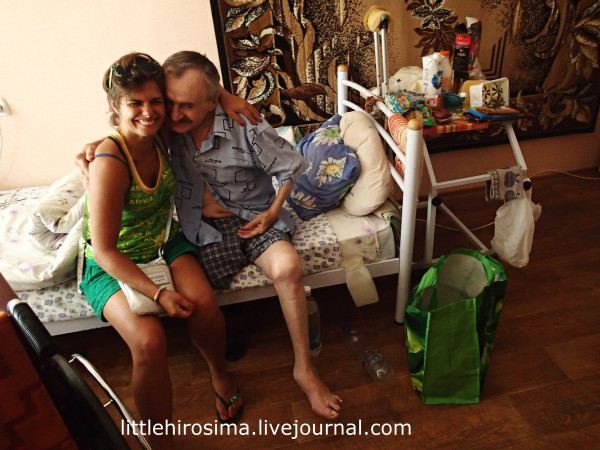 I’ve written several posts about him before. About how we met, how we found him crutches. About his mustache. Yes, his mustache. Even foreigners mentioned his mustache in letters ))) About how hie lost his leg. How Zhenya and Lena visited him in the hospital, bringing soups, and we didn’t even know if he would survive. How we sent him medications by bus. How we found him a wheelchair and a place to live in a Great Patriotic War veterans’ dormitory in a lovely place near Lugansk. How we didn’t know whether he can take care of himself or not. During our last visit he was at the hospital where he was very sad and didn’t know how to keep on living.
But this time we came to visit him in the dormitory which became his home, and not as volunteers but as family. With delicacies, ice cream, and various little things.
–The only thing is that it’s boring here. The youngest are over 70…And the neighbor is a bore. He’s so serious, one can’t even joke with him.
Our Seryozha is very funny. And he has a mischievous gaze. With a squint.
Oh, and he’s impossibly sharp-tongued.
We’re always joking and giggling with him.
He always wants to know the details of how we got through, what happened on the way.
–You had to break a window? That’s not good.
You see?
He thinks about us too, he worries about us.
That’s our Sergey Vladimirovich ) Lena and Sergey Vladimirovich played battleship on a phone. It was a hard-fought battle. It was a draw until the very end. Lena’s hands were sweating and Sergey Vladimirovich nearly jumped out of his chair from the tension. Until the very end.
When he won)
And when we went for a walk down the street, we met a 93 year old man in a wheelchair:
–Seryozha, relatives came to visit?
–Of course! 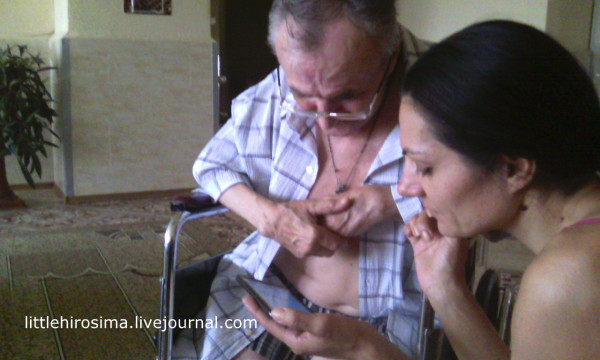 We got thinking and decided to buy him a simple tablet. I don’t know, are there tablets that accept flash sticks?
We want to record videos for him.
And in general, he’s the boss.
Especially now that we got him eyeglasses.
–Vladimirovich, you’re practically a professor! 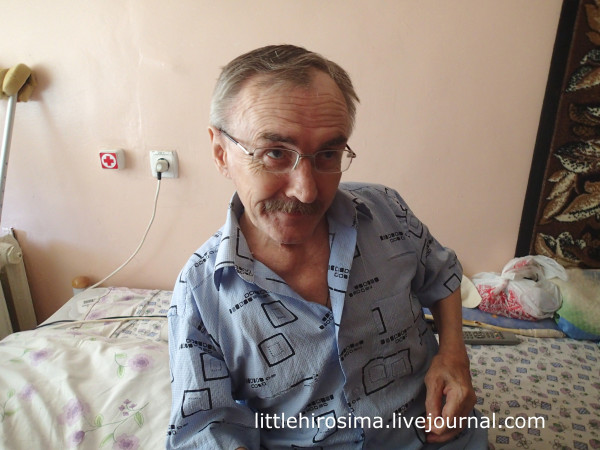 And he called me a kitten. That’s right. Be envious )

If you want contribute to helping the people of the Donbass, contact me in person through my livejournal account, through Facebook, or via email: [email protected] Everything will be delivered and reported.

Why is Bosnia Important to Russia?