One more time about the retreat from Slavyansk

One more time about the retreat from Slavyansk

July 5 is the anniversary of the DPR people’s militia withdrawal from Slavyansk. Many blows have been traded on the internet in efforts to prove what happened and what didn’t happen. Arguments included statements by direct participants of the events, who divided into “strelkovites” and “non-strelkovites”.

No question about it, this is a very interesting topic. And I couldn’t ignore it when I had the opportunity to chat with the DPR Minister of Defense, Major General V.P. Kononov. So, one more time about the Slavyansk withdrawal… 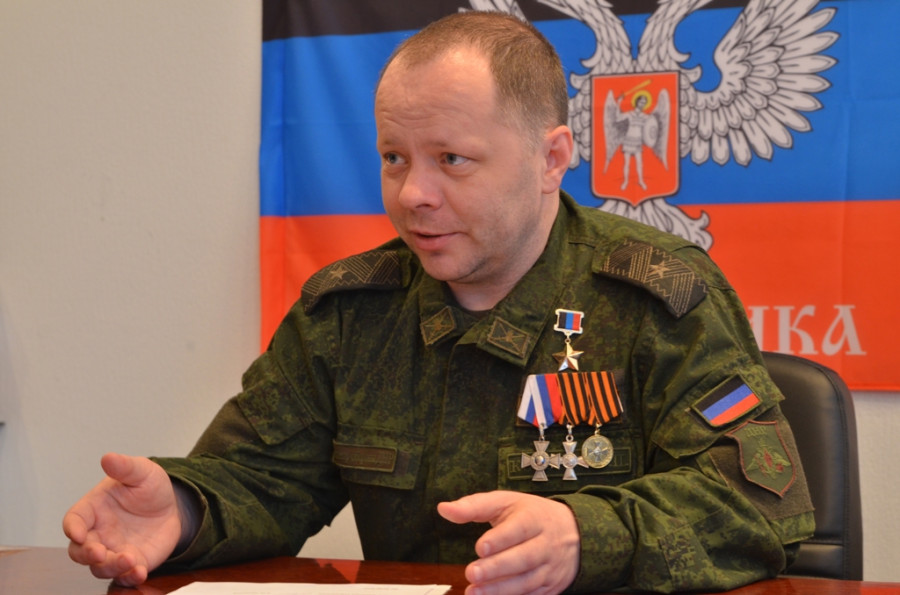 Kononov: Ambivalent. Very ambivalent. I had many questions to which, so far, I have only negative answers. When we left, when they evacuated my wife and child, I left them with strangers…My vehicle was destroyed, many thought I was no longer among the living. I walked 15 or 17 km on foot. I brought out 170 people alive, even though we had many close calls. People had their fingers on the trigger. The column had to depart ahead of schedule. One question came up immediately: why didn’t even a single shot fired at Strelkov’s column? He was the first to come out. My column which was supposed to leave at 2300 together with the Semenovsk garrison for which I waited was hit while still in its assembly area. You can see for yourself…

As far as security measures are concerned, we had all the necessary skills. We drive with lights off, we even broke our own stop lights. You can probably remember that there were lots of cars with broken lights after the Slavyansk withdrawal. It’s not because of shrapnel. It’s because they were broken by rifle butts. Because there are cars where lights turn on automatically. They can’t be turned off. There are cars with bright brake lights. But, I had to give the order at 2230, movement began at 2235 without the Semenovsk garrison because had we stayed, we’d have been destroyed.

They fired accurately. Specifically at us. We were amazed at their accuracy. And it wasn’t only my company that was supposed to come out. It just so happened that I was the senior officer. And others hesitated. Therefore I had to give the order. But our guide immediately vanished somewhere. The tankers made a mistake, unfortunately. They drove off in the wrong direction. We came under 152mm and 122mm fire, 120mm and 82mm Vasilyok mortars.  Four hours of massed shelling.

That’s where I got my second wound. My wife too. Just as I gave the order “abandon the vehicle!”, it was hit by four mortar shells. Must have been Vasilyok, only it can do that. But the vehicle was not destroyed, amazingly. I still tried to drive it out. I don’t want to advertise the vehicle. Afterwards, when I dropped of my wife and kid with others who hid it in a basement. My child had to be given a tranquilizer, and my wife had her wounds dressed. I only noticed my own wound after we arrived at Yenakievo. When I started to undress to wash up,  I realized that my uniform shirt is bloody and stuck to my right side. The fragment that struck me could have broken my wife’s hip. When it hit me, it first struck my pack, and cut 1.5cm into soft tissue. Thankfully it healed quickly.

I’ll say the following. After I came out, everyone who met me in Donetsk asked “Why? Why was the second column destroyed from the tail?” They weren’t shooting at the road on which we traveled. They shelled Slavyansk, specifically the column. But the first column which was plainly visible was not noticed by any set of eyes or by fire direction systems which are, after all, supposed to detect vehicle movements. This raises many questions. 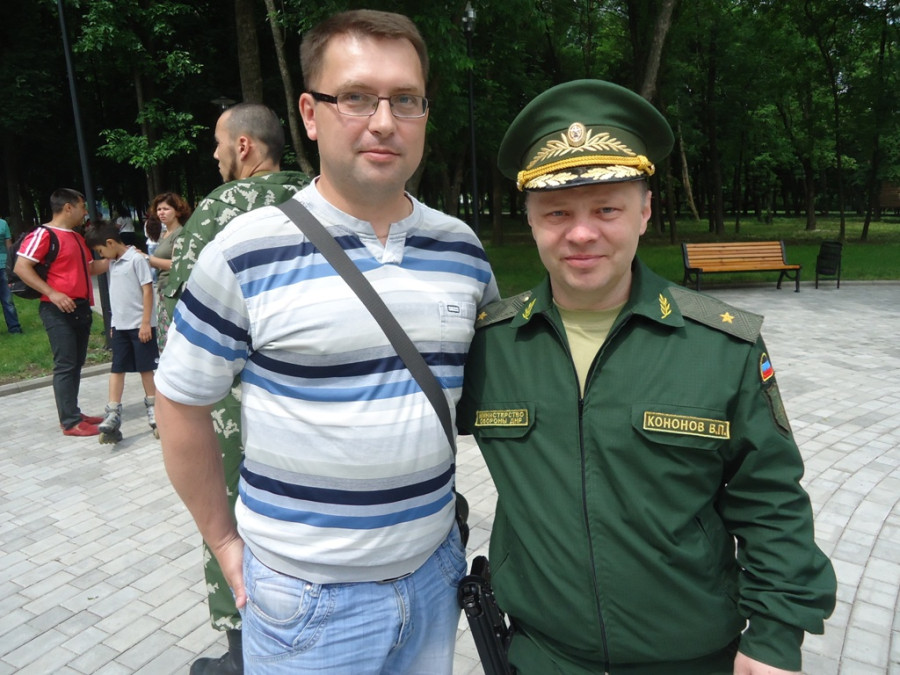 Ronin_077: As a minister of defense, can you assess your predecessor’s [Strelkov’s] actions?

Kononov: Possibly. But, you know, having obtained certain level of education in military art, in operational art, in moral and psychological matters, I am thankful to him. He raised us up, he gave the first push. As to everything else, let some time pass first. I don’t want to say anything negative. I don’t want to express my impressions or the impressions of people who were under his command. I believe the withdrawal from Slavyansk was untimely. We have just received a supply column from Donetsk with weapons and ammunition. Ukrainian media showed how much ammunition was left behind. We had enough. The only matter on which he was correct was that by that time they’ve brought up Smerch and Uragan rocket launchers from all sides. They would have cut the city to pieces.

When I met with Zakharchenko and we talked, he said “It was a shock for us. We were preparing an operation to de-blockade Slavyansk in two days.”

Truth will eventually come out. Now it’s coming out in small pieces. Is it needed or not? I don’t know. But do you know what Strelkov was doing at the Karachun mountain on the eve of the withdrawal? He didn’t come out of the basement for several weeks…”

J.Hawk’s Comment: I think Kononov might be a little unfair to Strelkov. The UAF has never been a model of efficiency, therefore some columns might get through unscathed and others come under fire simply by accident. On the other hand, he does give Strelkov credit where it’s due–he was the one to galvanize and crystallize the armed resistance on the Donbass ahead of anyone else. For that reason I disagree with Ishchenko who says that Strelkov was in effect waging a private war without coordination with or approval by the Kremlin. I think that’s taking matters a bit too far–clearly, Strelkov was useful to the Kremlin in that capacity. However, once the fighting started and grew in scale, it quickly overwhelmed Strelkov’s relatively limited capacity for operational leadership and, what is worse, Strelkov’s “Trotskyite” political ambitions started to clash with Kremlin’s “Stalinist” aims.