We planned to visit the Gorlovka hospice during our last Donbass visit. But we couldn’t or, more correctly, we were not let through.
Everyone closed ranks and refused to go: Gorlovka was being pounded mercilessly.
But we bought great many items for them, including both disposable and reusable diapers.
When we were leaving, I asked Zhenya to find out who required assistance the most. Zhenya wrote back yesterday:
“We delivered adult diapers to a dormitory for the elderly in Rovenki, look at out facebook.”
I was on the beach. Kids were running like mad and splashing each other with water, and I let that news fly by.
But when I opened my notebook back home…I still can’t recover my composure. 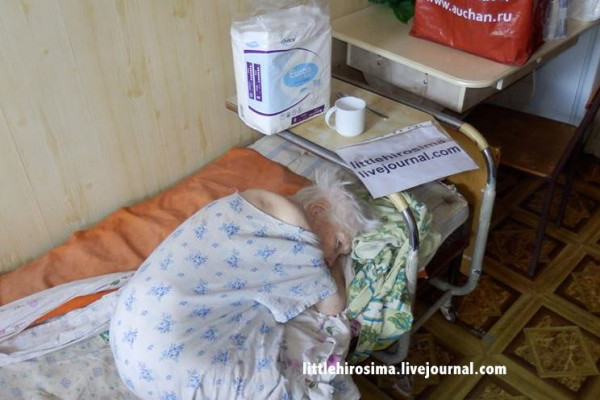 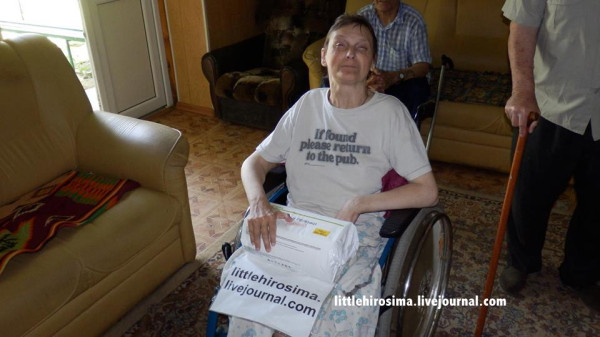 Zhenya wrote on facebook:
“It’s a place where people quietly fade away.
Today we drove to Rovenki. We delivered adult diapers (disposable and reusable) from Dunya to the dorm for the elderly. An oppressive sense of human unhappiness and air saturated with the odor of Urine…
There are no words…May we never come to this…Look for yourselves.” 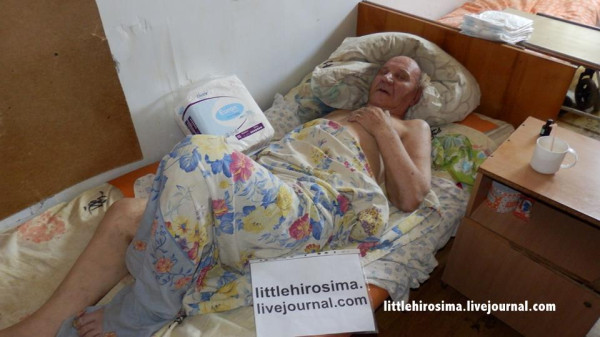 Zhenya said that the house for the elderly (in Rovenki) is in dire need for humanitarian aid.
I know that in many such facilities the situation is bad even without the war.
But it only seems that way.
War has its own impact.
War doesn’t care for the elderly. 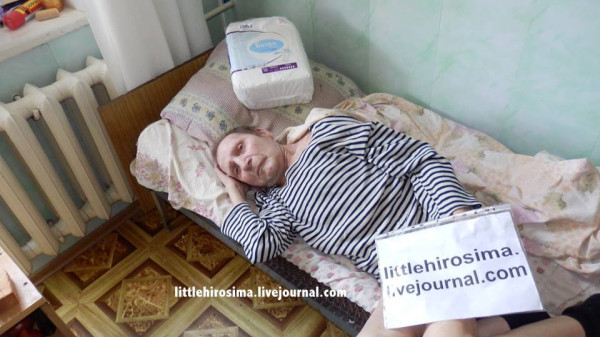 I know perfectly well what it means to be bedridden. To be old and sick.
I also know what it’s like to take care of them.
I know about permanent, almost black, bedsores, wounds, powerlessness.
When nothing ever goes away.
That smell eating away at the air.
Heart just bleeds.
We’ll do whatever we can to help that institution. I ask you, too, to take part. 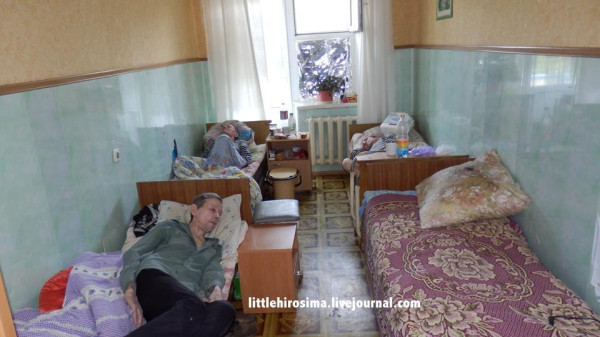 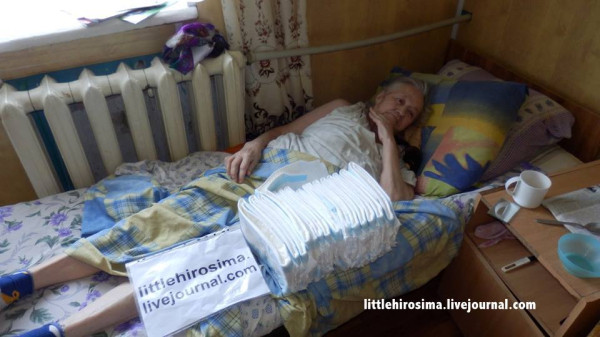 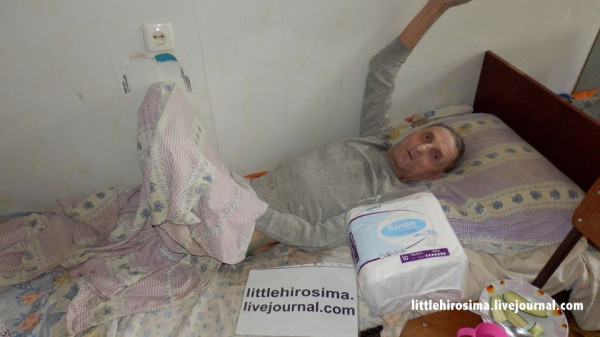 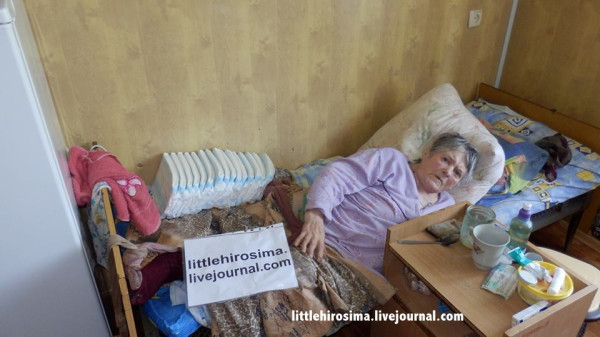 I instantly got an idea–anyone who can should write personal post cards to them. So they feel they are still needed by someone. So they sense concern.
Zhenya said that many would not understand what’s written.
But I still want you to try to help them.
Small gifts, notes, handwritten postcards–anything you can.
We already carried out a similar action to raise the spirits of women working in communal cafeterias in Pervomaysk. With tremendous impact.
Write something personal so that they feel attention focused on themselves.
I sincerely ask you.
There’s nothing worse than old age like that. When you are tossed out and nobody needs you.
My daughter and nieces are already drawing postcards for them.
Attention to them is life itself.