US delivers 100 more Humvees to Ukraine

US delivers 100 more Humvees to Ukraine

US Ambassador to Ukraine Jeffrey Pyatt announced on Twitter that 100 US-made unarmored Humvees were delivered to Odessa by ship in the morning of July 18.

The delivery was part of the well-known March 10, 2015 additional military aid package to Ukraine, which so far includes 30 armored and 200 unarmored Humvees.

The 30 armored Humvees of the old M1114 variant with the early FRAG supplemental armor suite and MCTAGS protected machine-gun mounts were delivered to Kiev by three C-5M flights in late March–early April 2015. Now the first batch of 100 unarmored Humvees has arrived by sea, and these vehicles also can’t be described as brand-new. 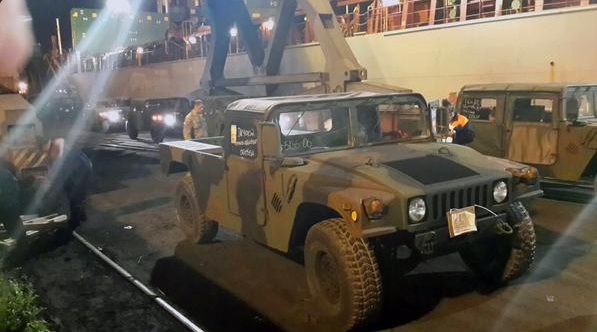 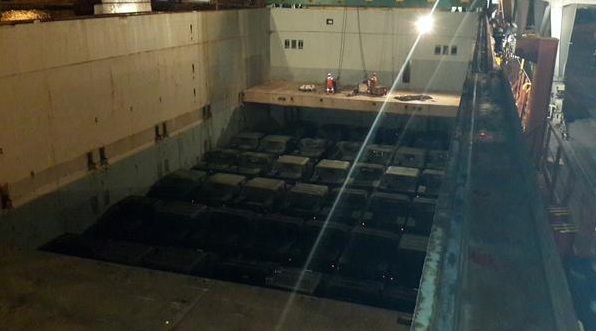 J.Hawk’s Comment: Category III vassaldom in its full glory! That’s about the sum total of US aid, that and a few futile training missions. Because given this aid’s propaganda importance to both the US and Ukraine and how even the delivery of a single roll of military-issue camouflaged toilet paper warrants a “see? see? the West is helping us!” press conference, the fact we’re not seeing more indicates there is nothing more to be seen.

And why should the West be doing more? The usefulness of this Cat III vassal is greatly outweighed by the costs of a confrontation with Russia. Cat III vassal’s role is to mainly serve as fodder, as source of spoils, for Cat II, Cat I vassals and of course the Imperial Center. And the lesser the volume of spoils the vassal can deliver, the fewer resources will be expended to protect that source of spoils. That’s the hard reality of feudal relationships. Both the Greeks and the Poles are now finally starting to figure this out.

But that’s what the Maidan volunteered for, in essence. Fortunately, Ukrainians are not stupid. They, too, will in due time realize where they are in the pecking order. But they need to be given the time to realize this on their own, without the distractions of military campaigns on the Donbass which only delay the inevitable.

Mukachevo: Maidan Hawks, Maidan Doves, and the Prophets of a New Revolution