Originally published at JHawkBlog [link]. Other articles by J Hawk can now be found there.

This is Kirill.
And he is on his own. Already completely on his own.
That’s how it came about. 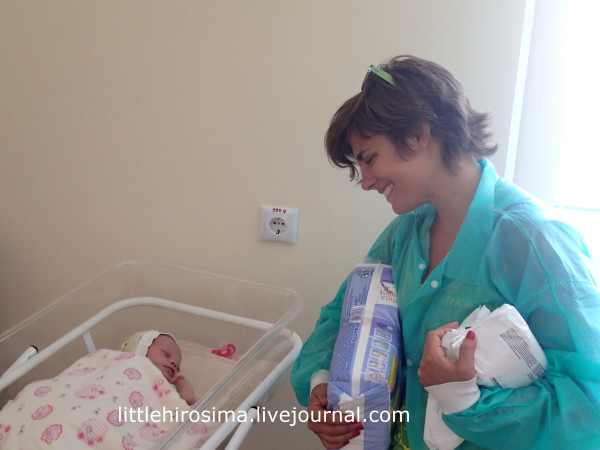 The guys told me there’s a kid out there who was abandoned by his mother.
They were delivering our aid to this center in Lugansk to a needy mother and a nurse who saw them asked them:
–You’re volunteers? Could you help Kirill?
Then the guys told me about him.
I
understand this has nothing to do with the Donbass, war, etc. And in
general, there are entirely too many abandoned kids in our countries…
It is difficult to provide for them in the city’s wartime condition. But the nurse offered.
–How about I take you to him? He’s beautiful.
The child was sleeping in an empty room. Sweetly and quietly.
–He’s a big guy! He already needs the next diaper size. And he eats very well!
–Why did she abandon him?
–The mother already had two children. Decided not to take him.
Kirill
put his tiny hand under his tiny cheek, and looked like a tiny angel
from a painting. It’s rare for newborns to be this beautiful.
I don’t know what it’s like to have three children during a war.
But
I remember my childhood very well. Late ’80s–early ’90s. And yes,
there were three of us, and I was the youngest. Like Kirill.
I
remember the endless queues at shops, where my mom would start waiting
at 5am, taking turns standing in line with my dad until she was able to
buy (not receive–buy) the goods due multi-child families.
I remember
the collapse of the old world, where engineers, teachers, architects
suddenly took to washing floors in order to survive. The world turned
upside down and everything changed.
I remember how I wore
hand-me-downs from my brothers, and that sometimes I was embarrassed to
go to school dressed like that. How I hated my horrible embarrassing
pelisse which I wore since the age of 5 until the 5th grade. And I was
quietly dreaming of stupid patent leather shoes which half the school
wore, but my mom couldn’t buy…I also remember how I ate smoked sausage
like crazy at my friend’s house. We never bought such sausage. Katya,
did you know I only got to eat it at your place?
I remember a lot. How hard it was on my mom and on the entire family during that era of change.
Of course, it was not war. And I have no right to compare. And I have no right to judge.
But I am a mother myself. And I know what it’s like to carry a baby for 9 months just under my heart.
And, as a mother, I can’t understand this.
A
small, defenseless creature is not guilty of its parents’ lack of
wherewithal, is not guilty of the war, it’s not guilty of anything at
all in this world! 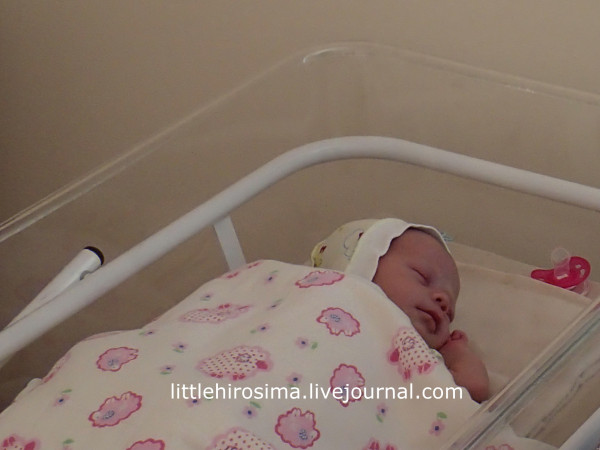 I
was riding in the elevator and was constantly thinking that our
hospitals are filled with children, orphanages are full of beautiful and
unhappy kids, abandoned by their own mothers.
I
tried to understand what would have to happen, after 9 months of living
together as one whole, after the pain of birth, to simply forget about
the existence of one’s own kin. What kind of hunger and war could do
this?
I hope that his mother will look in the internet and read this.
Look–this is your son. He is beautiful, intelligent. Everyone praises him.
Wars come and go. There is no end to human badness. There may be money or no money. There may be nothing at all.
I hope this will be read by those mothers who are still carrying their babies and are thinking of doing the same.
Please understand–he will suffer for his entire life because you abandoned him.
And believe me, one day you will truly regret it. 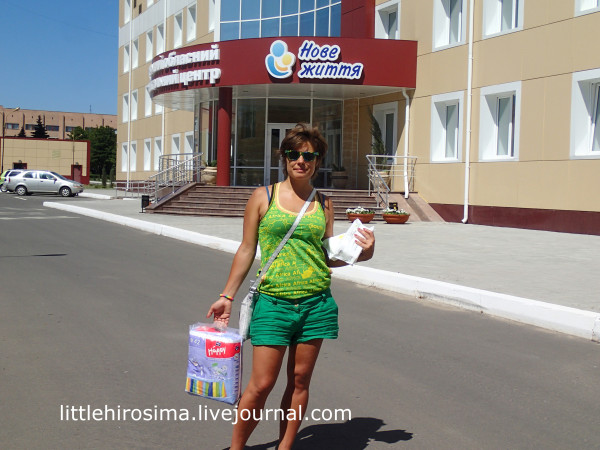 If you want contribute to helping the people of the Donbass, contact me in person through my livejournal account, through Facebook, or via email: [email protected] Everything will be delivered and reported.

Our Russia project: Set to become powerful instrument for peace in media war