Original by Yevdokia “Dunya” Sheremetyeva published on littlehirosima blog; translated from Russian by J.Hawk and originally published in his personal blog

When we met her during the summer, she was in a bad state – on the brink of death, to
be honest. Her brother, who had diabetes, died a month earlier.
Lugansk’s wartime conditions made the situation a lot worse. Bad food, low quality insulin, shortage of test strips,
brother’s death – all of these things caused her to lose her will to
live.
Thanks to your help and with great effort, we are trying to remedy the situation.

But Vika has glaucoma. Sees everything through spots. We’re trying to save her eyesight.
Two operations already done.
But now we’ve run into a problem. 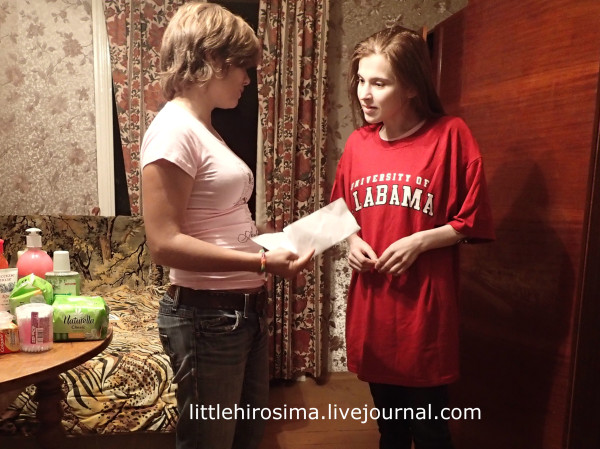 The
doctors in Lugansk refused to do another operation. They say it’s
much too late – this should have been done a year ago, or maybe even earlier. But we all remember what it was like a year ago in Lugansk, which
was being pummeled by artillery. People sat in cellars, were afraid to go outside.
I didn’t speak to the doctors in person. But, as far as I can
understand, the situation is truly serious and they don’t have the
necessary equipment.

A doctor at a private clinic did not want to take the risk, said it’s
hopeless for him, but there’s a chance. And that’s what’s important.
I believe we must try every option.
But for that we need a specialist from outside Donbass who could help us.
Here’s her last document from the hospital. 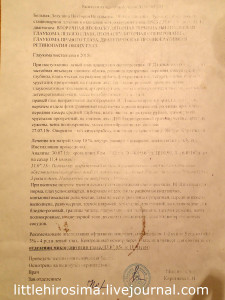 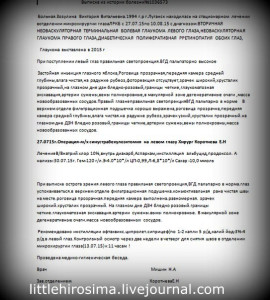 Ideally, we should take Vika to Rostov or another major Russian city in the South.
It would be preferable to take her there ahead of time, so she could stay with someone before the operation.
So
my plea for help is this: if you know eye surgeons, or you are one
yourself, please contact me. But contact me only if you really want to
help, not only tell us that we are idiots. My address is
[email protected] Name’s Dunya, if anything.

Vika has a long
history, which one can read about on this blog. We’ve described step by
step how we saved that girl. We have all the doctors’ notes.
I rarely
ask for reposts, but please do so here – maybe your friends include a
doctor capable of helping us? This is Vika’s last chance, otherwise
she’ll be blind for the rest of her life.

If you want to participate
through a financial contribution, and right now that’s very important,
I’ve posted the information below.

Now about the reports.
If you
remember our very first post (which, incidentally, was used by scammers ), I wrote that she was in bed the whole time and didn’t
want to live. Didn’t smile once, and left the impression of a
living corpse.
But the last time we went to Lugansk, she was as sprightly as an antelope.
We
hung out together, tried out clothing (those are t-shirts someone sent
her from Australia), looked at presents from various parts of the world.
Vika giggled without a break.
I have dozens of photos of Vika, and she’s smiling and giggling in all of them.
Vika and I have practically become family. And that’s why I’m now on the verge of tears.
Because Vika doesn’t know the real situation.
She thinks she’ll soon have another operation, which will return her eyesight.
I want to do everything to make that happen.
She, like a little sparrow, believes and hopes.

That’s Vika before the war. Ain’t she beautiful? 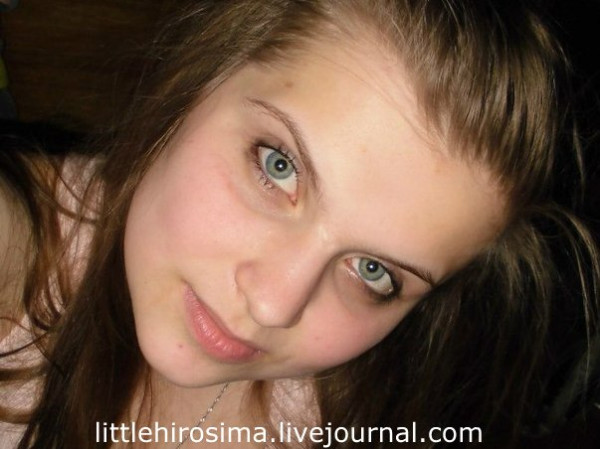 And this is Vika when we met. 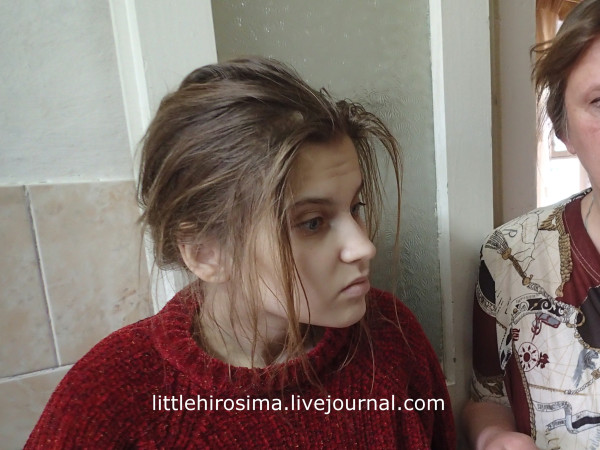 Here’s
Vika right now. She’s wearing a t-shirt sent by Winston McGill, from
the university at which he works. Winston doesn’t speak Russian but
happened to read one of my translated articles posted on Fort Russ.
She’s holding a post-card from Australia. 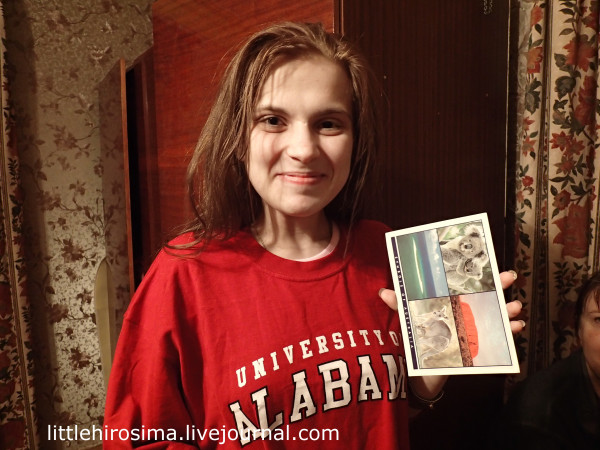 Vika
has all the necessities – we’re regularly bringing her food, fresh veggies, milk, meat. We get her the necessary medicines: test
strips, insulin, eye drops, etc.
Thanks to all who have responded to our calls for help.

These are Vika’s receipts. They are all signed by Vika’s mom. You can click on them and view them full-size.

If you want contribute to help Vika or other needy people on the Donbass, contact me through my livejournal account, through Facebook, or via email: [email protected] (or send Paypal+message to the same email address). Everything will be delivered and reported.