Littlehirosima: It was a howitzer, not Grad

Originally written and published on 14 March 2015 by Yevdokia “Dunya” Sheremetyeva at her , translated from Russian by J.Hawk and originally posted at South Front. October 7th, 2015

–Everything will start on the fifteenth again. Right now we’re on vacation…
Rostik throws his cigarette on the ground.

As long as my family isn’t here to see it…
In Pervomaysk I constantly want to smoke.
I’m hiding it like a teenager, my fingers shaking.

“Ceasefire” here is an empty word. Nobody believes in it. And I don’t believe in it. 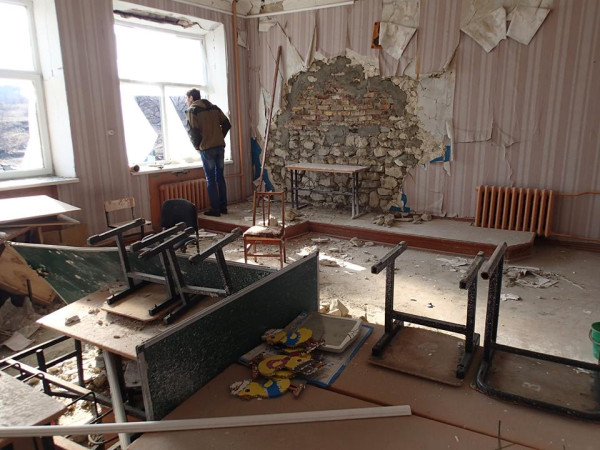 There is a genuine Spring in the city. The Sun is shining, there are
girls with strollers on the streets, people are walking. The air is
still and you can’t hear anything. I shudder at every strange sound, but
it’s not incoming. It’s not shells.

There is no calm in people’s eyes. Only sad, pressing understanding that it’s going to be like that for a long time.

–Let’s go to the school that was recently shelled. Graham Phillips filmed it in February.

We’ve been there before, bringing aid. 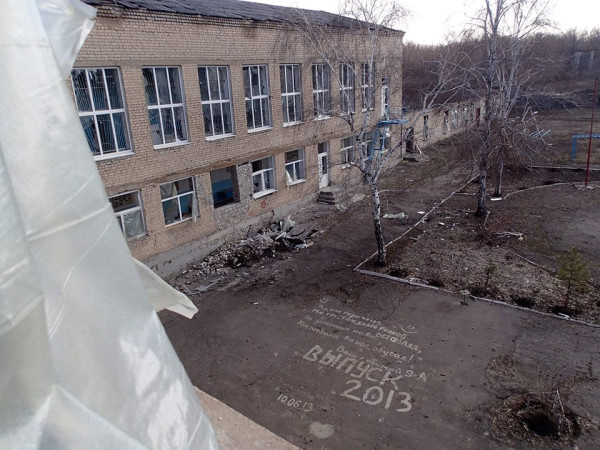 Right in the middle of the classroom, where the blackboard used to be, a big hole filled in with bricks.

–It was a howitzer, not Grad…

My eyes see little kids in blue jackets and caps. And desks, desks, desks…
Class of 2013: “How the time flies. We miss our dear class.”
Where are they? Still all alive? 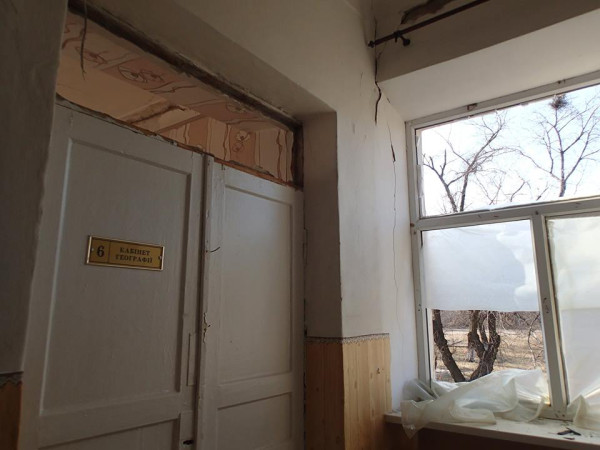 Nearly all windows are shattered in the school. There are books, textbooks, glass pieces everywhere…
A globe with hole punched through it…
And most importantly, empty corridors in the middle of a school year…

My tears have all dried up, I have no more. I ran out of them already in my earlier life.
When I was a girl in a bomb shelter. When I wrote poems.
When I was cooking soup with shells exploding close by. 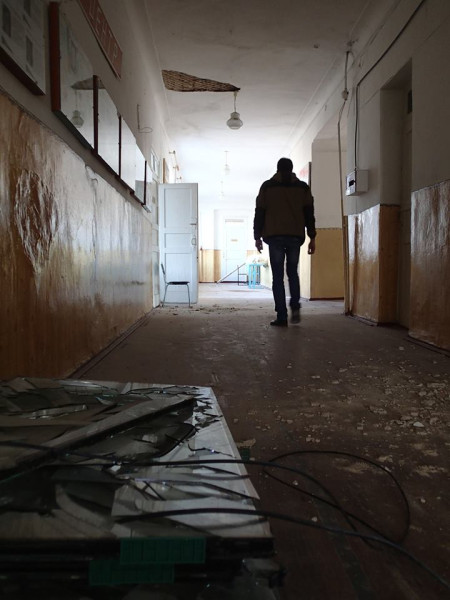 There is a free cafeteria at the school to feed the needy. That’s what the British reporter filmed.
There is a crying woman on the video, she found out two hours earlier about the death of her husband. She has two children.
The shelling begins at 1:30.
This video was taken a few days before our previous visit.

These women are working without pay in a communal canteen which feeds
people. That’s how the people get food in this city. They haven’t
stopped working even in the hottest of days, when it was too scary to go
out into the streets. Our women are like that. There are 9 communal canteens total, employing about 50 people. Women, girls, grandmas…
Somehow they hit four of these kitchens in a single day (!). Surely on purpose? 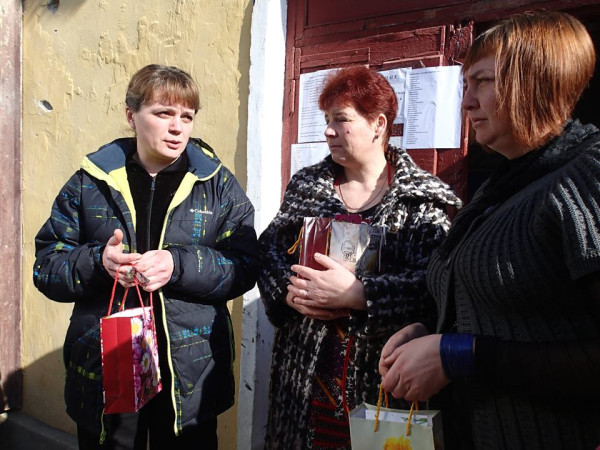 Hospital No. 2 took 5 direct hits, one of them in the pediatric department.
Hospital No. 1 is gone, totally shattered, only the bomb shelter remains where people live now.
The maternity ward was hit three times. Yesterday it was hit at 10pm. They started to restore it, and it got hit again.
They hit the communal canteens. One of the shells fell short–it penetrated two
top floors in a house adjacent to the canteen.
The best school in the city, No. 6, came under fire four times (!). It probably can’t be rebuilt.
Schools No. 1 and 2 were hit three times, they haven’t suffered as much. No. 1 is on the photos above.
Social Security was shelled four times–8 direct hits. Tech School No.
31, Vocational Schools No. 74, 39, White Flower kindergarten–all
destroyed. The medical college took two hits. Youth Sports Palace had
its roof penetrated three times.
The first time was in September, and it was repaired by December. The
next hit came right after the repairs. They were waiting, weren’t they?
The kindergarten for the children of the disabled is completely destroyed.
Emergency medical care was under repairs for a long time, but as soon as they were complete it was hit again.
The post office was shelled twice. Direct hits.
Water purification station–destroyed.
The most important factory in the city, Burtsekh – destroyed.
The high pressure gas distribution station which is out in the fields is
completely burned out. There is nothing else anywhere near it.

Nearly every building in the city suffered some damage. 300 houses suffered heavy damage. Like this one: 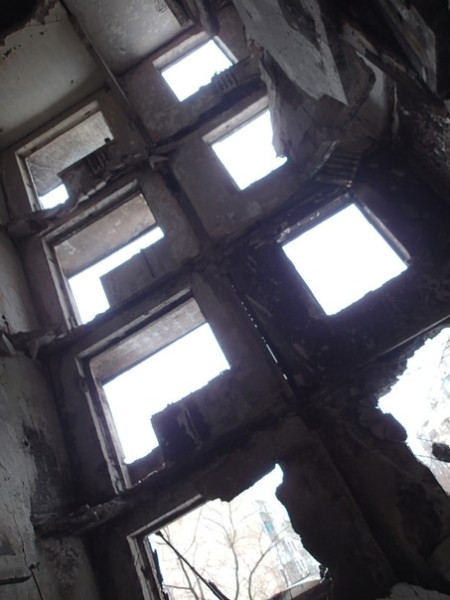 My tears have all dried up, I have no more. I ran out of them already in my earlier life.
When I was a girl in a bomb shelter. When I wrote poems.
When I was cooking soup with shells exploding close by.

On the desecration of World Heritage Palmyra: Barbarism

Russia surprises with the range of its capabilities