Littlehirosima: The Single Mothers of Donbass

Original posted by Yevdokia “Dunya” Sheremetyeva and posted on her littlehirosima blog; translated from Russian by J.Hawk and originally published on South Front. October 16th, 2015

Did you know that in Pervomaysk more than half of the new fathers, with
infants and toddlers, abandoned their wives and
left/vanished/moved?

When Olya Ishchenko (acting mayor of Pervomaysk) and I were delivering aid, she said it was 70%.

CAN you imagine that?

Single moms besiege the city government almost every day.
I can’t and I don’t want to believe these percentages. Olya must have had her numbers mixed up. She’s mistaken.
It can’t be. But…
…it’s like that. It’s the truth. Even if the numbers are approximate.

Here’s a bit of the truth. Tatyana Valeryevna Babenkova.

When the bombing began, they all went to Odessa. Returned here in May.

She has three girls–Liza, Sonya, and Dasha. Lovely and sprightly young ladies.

Who glued themselves to me, asking what tasty things I brought them.
They are smart and mature.

And mom also has a two-month old Kirill on her hands. 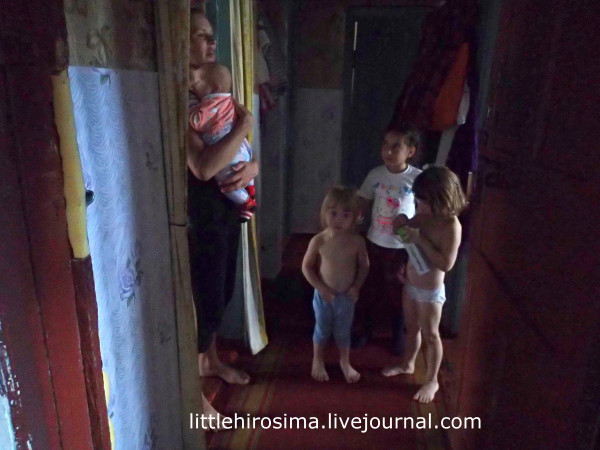 The husband told Tanya the kid was not his, told her to go to hell, and left the city.

Here, in Pervomaysk, she gets help from her mother.

–How is that possible? Alone with [four] kids?
–It is possible. And you know what–it’s better without him. So let it be.

The girls were tiptoeing around barefoot and haranguing mom for some sweets. 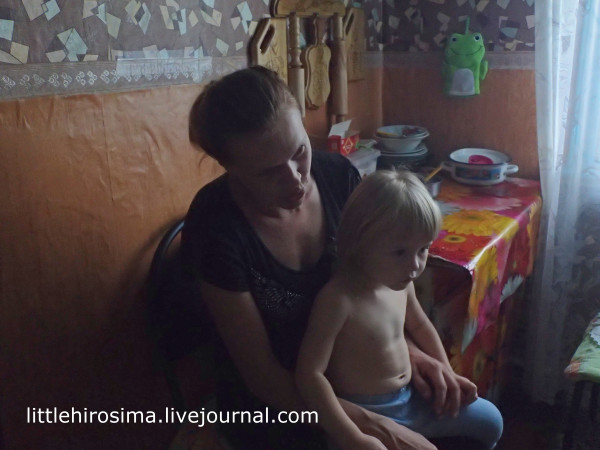 Wives can be terrible.
They do everything wrong. They nag mercilessly. They want something all the time.

They are no longer worshiping their alpha-males who once upon the time laid the world at their feet.
They can become terrible and unreasonable.
Totally unreasonable.

And perhaps it’s better to live separately than in a family where the parents are constantly butting heads and hate one another.
It’s like that.

And I wonder, how many men who ran away from their “horrible” wives and
are not helping them, are reading this post? How many of you are walking
around Russia or Ukraine with heads held high–“I’m a refugee”? With
your mothers, wives, and children left to their fate–how many of you are
there?

70%. Seventy. Percent. [excluding families that left all together, and only those that have young children – do not misunderstand – ed.]

I don’t believe it.

And I’m also thinking–what is a woman to do, when her man, who held
vigil by her window and kissed all the nooks of her body, leaves her and
his kids in a besieged city? Or maybe it’s about something else?

I don’t understand, men, can you explain it to me?! 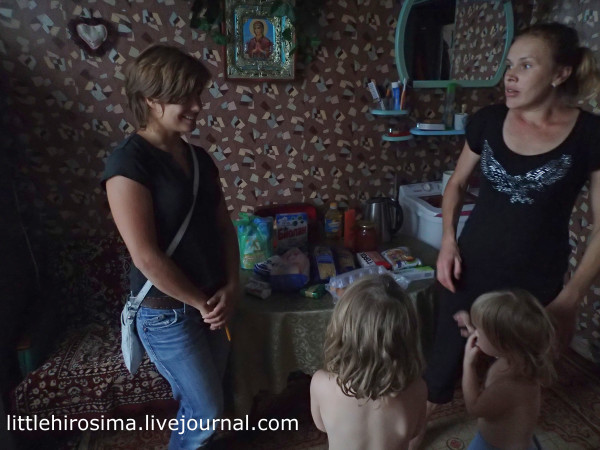 “This is absurd!” Piskorski on restitution, Banderites, refugees, and Slavs