Littlehirosima: Staring the Truth in the Face

Original written by Yevdokia “Dunya” Sheremetyeva and posted on her littlehirosima blog; translated from Russian by J.Hawk and originally posted at South Front. October 8th, 2015

One of my acquaintances, Pavel, someone of a liberal bent, liked one of my posts and posted a comment: “Naturally, the suffering should be helped. I am categorically against the Lugandonia banditry (it’s good they are dumping it), for Ukraine and for the West, but it’s good that you are helping the people of the Donbass. In our pool, incidentally, we have trainers from Lugansk, they came from over there. Naturally, when there is such an upheaval, it would be best for everyone to leave for some time, perhaps to Russia, perhaps to Ukraine.”
Pavel, this post is dedicated to you.

I’ll ignore the “Lugandonia” part, but I do have an answer to the last passage:

This granny is Maria Petrovna Bas.
She’s 87 years old and she lives in Pervomaysk.
She spent her whole life working in the coal mine as an electrician.
Her daughter is disabled, can’t walk. Maria Petrovna can barely walk herself. She has a cane that she needs even to stand up.
Pavel, do you know what it’s like to walk with a cane?
How do you think she was doing when Pervomaysk was being bombed? 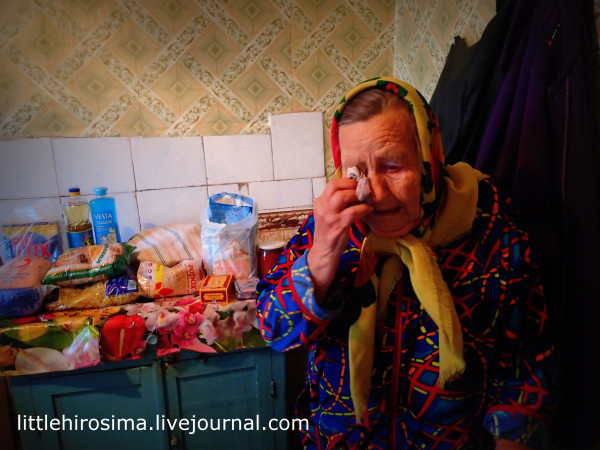 All the food you are looking at in the photo was brought by us.
And she started crying.
Olya Ishchenko, the acting mayor of Pervomaysk, the beautiful woman next to me on the photo, turned away and started wiping away the tears.
Maria Petrovna has nowhere to go.
She has nobody to take care of her.
Even going to the center of the city is a major problem fo rher.
Temporarily leaving for Russia or Ukraine–that’s pure fantasy. 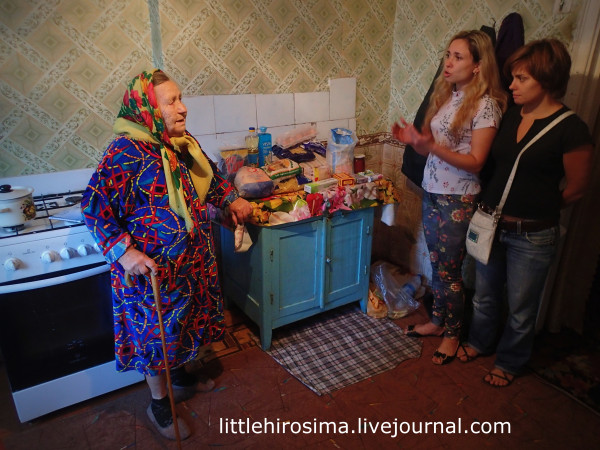 Right next door there is Vera Petrovna Nepran. A former concentration camp inmate.
About which she doesn’t talk with anyone, ever.
You wouldn’t believe it, but she’s 92 years old.
She lives alone with a daughter, born in 1946, who’s not all that young herself.
No children or a husband.
Just two elderly women living together. Surviving. 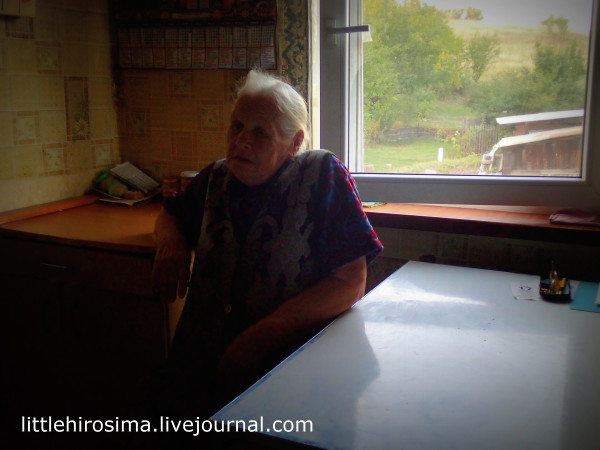 Yes, Pavel, there is such a thing as natural selection. Apparently that’s what you had in mind?

I recall my Kiev acquaintances who were saying, during the bombing of Slavyansk: “Let them all leave!” Otherwise it’s their own fault!”
When I go to Pervomaysk the next time, I’ll pass this on to Maria Petrovna and Vera Petrovna.
That it’s their own fault they are barely walking and couldn’t find the “strength of will” (because what else does one need?) to make the journey.
Back then.
When the city was under siege for more than six months. 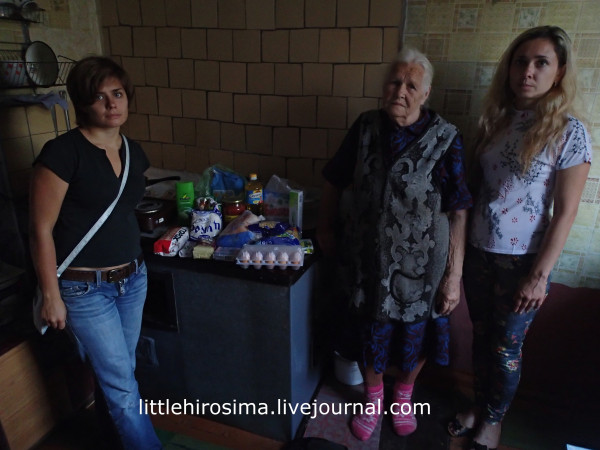 But I’m lying.
I wouldn’t have the courage to tell them that.
But I’ll tell you, Pavel.
If you ever see them, you will cry. And never again, understand?
You will never again be able to say or write “they should just leave”. 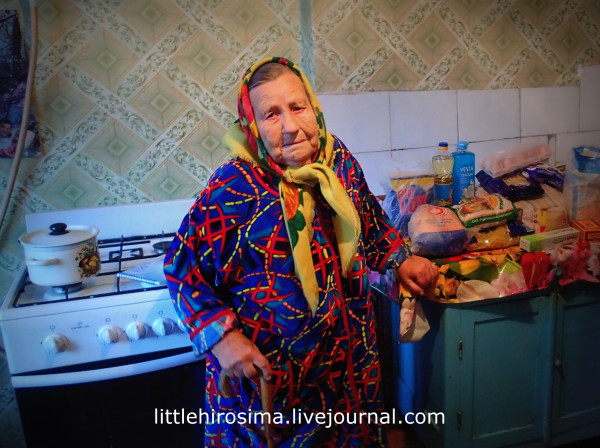