Littlehirosima: Do you remember me?

Original by Yevdokia “Dunya” Sheremetyeva published on littlehirosima blog; translated from Russia by J.Hawk and originally posted at South Front

Sometimes you think that nothing can shake you anymore. That your skin has grown as thick as rhino’s hide.
But you are wrong.

Remember this girl? No?

I stood there, frantically trying all variants. The face was painfully familiar.
-Do you remember me? Remember?
She hugged my leg, smiling from ear to ear.
–Little bunny, of course I remember!

But from where? Where?

We stood in the hallway of the  “Spas”, Stakhanov Center for Social-Psychological Rehabilitation.
It’s not an orphanage. It’s a transfer point for children who need psychological help.
The kids can’t stay here longer than 9 months. After that they are either sent to an orphanage or to foster families. Or back to their own, if social services approve…All of these kids are from disadvantaged families, to put it mildly. 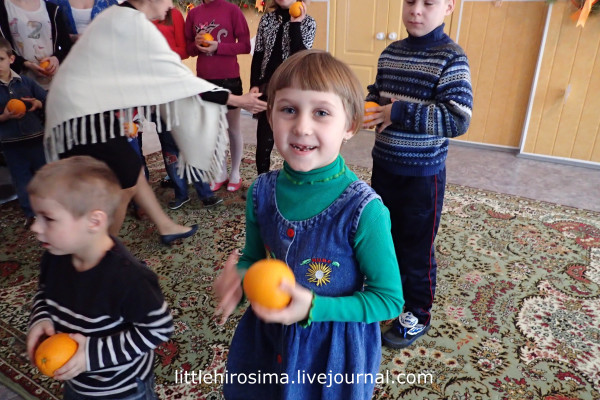 –In Krasnyy Luch?
The girl nods her head.
–Yes!

An employee standing next to us looks confused.
–In Krasnyy Luch? Strange.

The girls smiles, showing a few missing teeth.
–You brought me a doll! Remember?
And hugs me again. I saw Dasha a couple of months ago when we brought vegetables to a dorm in Pervomaysk. Where those who lost their homes to shelling live. When we delivered food, Dasha ran like crazy around us. Her younger brother was home. She jumped up and down like a mountain goat and smiled all the time. We gave her a doll made by a girl in the United States.

Dasha kissed it. We rarely saw a kid so joyful.
She then simply glued herself to me and wouldn’t leave. Became my tail.

We were amazed at what a good-humored kid she was.
They lived in Pervomaysk, their house was destroyed. We didn’t see her parents at that time. And did learn anything about them–we arrived late, there was a lot going on, and somehow it wasn’t the right time.

Dasha, the little devil, bobbed and weaved among other adults who unloaded potatoes, cabbage.


This is Dasha’s brother, Seryozha: In astonishment, I ask the director, Tatyana Pavlovna:
–She’s been here how long?
–About a week.
–She’s from Pervomaysk, I know her. Why is she here?
–Dasha’s mom has problems. You know, kids are brought here not because of financial problems. But other problems.

When you come to an orphanage, drop off food, you more often see smiles than tears. They are kids, after all. After a visit to an orphanage, you feel differently than after hospices, hospitals, or retirement homes. Children give something special.

But on that occasion I realized I was wrong.
Children always smile, but not because they are so pleased to see you and your cabbage.
They simply know they are supposed to smile. Everyone expects them to.

This girl transformed from an anonymous girl which we so often see into a particular one. One we saw in another town. We knew her story, if only a small bit of it.

Two months ago we gave her a doll and it seemed that everything would be fine for Dasha. Everything would go well. The shelling is about to stop, just wait a little and it will happen. She has such a smile, she’s so clever.

But all of these children have their own tragedies. Tragedies thousandfold multiplied by the war, which only increased the number of kids in such institutions. Whose souls have been damaged.
Disfigured forever. –If you only knew what they are discussing. Entrails they saw hanging from the fence. One girl saw a woman blown to bits before her eyes. She constantly kept asking us, for three months: “Where will we bury Aunt Lyuba’s hand?” 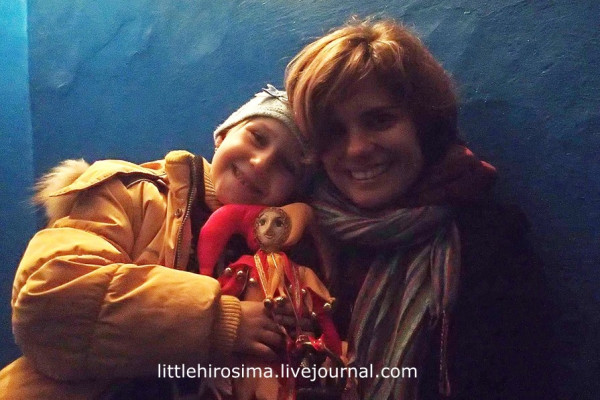 PS. You, too, can contribute to helping the people of the Donbass. Contact me in person through my livejournal account, through Facebook, PayPal ([email protected]), or via email: [email protected]