This text was originally translated by J.Hawk and posted at the littlehirosima website

–They usually started to shell us at about noon. At 12:45 I thought I
could safely get through. I left the factory and see one flying
directly at me. So I fell pretty much onto that mortar bomb. See?

Lyubov Mikhailovna abruptly pulls up her dress, and there’s a huge scar across her whole stomach.
I recoil, and she laughs.

–There. It hit me in the guts, stomach, nicked the liver. I look down
and see: a hand over here, all by itself, a leg over there. And the
blood is just gush, gush, gush, flowing out. But there was no pain!

Lyubov Mikhailovna Chernykh. We’ve been visiting her for nearly a year, every time we visit Lugansk [previous stories can be found here and here – ed.].

She lives in the village of Fabrichnyi.
When Lugansk was being “pummeled” in August 2014, the poultry farm was one of the targets.
Locals call it the “Aviary.”
Lyubov Mikhailovna was hit during one of these bombardments. Lost an arm and a leg.

When we visit her, we’re always greeted by her grandson.
–Lyuba, guests!
He always calls her by name. Never “grandma.”

I heard the story of how she was shelled from the town head.
But I never talked to her about it. We always quickly got in with our
food packets, took photos, and vanished. We tried to talk around this
topic, to avoid reminding her of that day. I often don’t have the
courage to bother people. I hurriedly write down this or that, take a
photo, and then we run off.
But this time we stuck around for some reason. 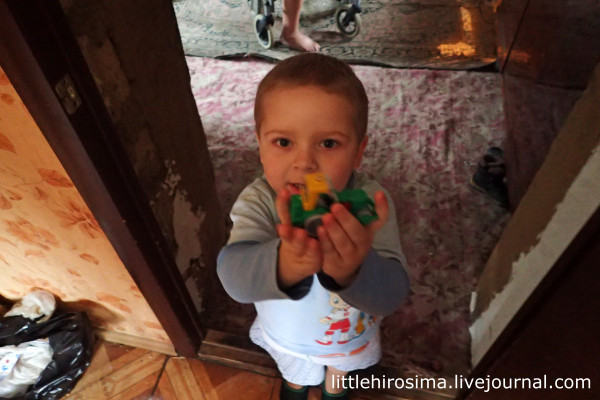 She told us about it willingly. The grandson kept interrupting her, and his voice did not sound stressed or worried.
Zhenya got the food packets and passed them to the boy. He carefully
stacked them on the table, passing comments on almost everything.
–Lyub, look–cabbage!
“Lyub” laughed and continued.
–Dunya, did you see how our chickens grew up?
–Yes, I did.
–There!
And the grandson carefully puts a new package on the table:
–Lyub, milk! When Lugansk was shelled, some of the Aviary buildings were hit, and dead chickens had to be cleaned up. The director paid workers “in
kind” for such work.
–Either chickens or eggs. He paid for every day of work. My son was
meeting me on that day, there was nobody else. And a kid tells my
son: “Where are you going, Misha? Your mom was wounded. A little in the
arm, a little in the leg.” Well, of course, there’s still a little left.
She lifts her stump, showing that “a little” and guffaws.
–I’m already used to it.
–Lyuba, sugar! 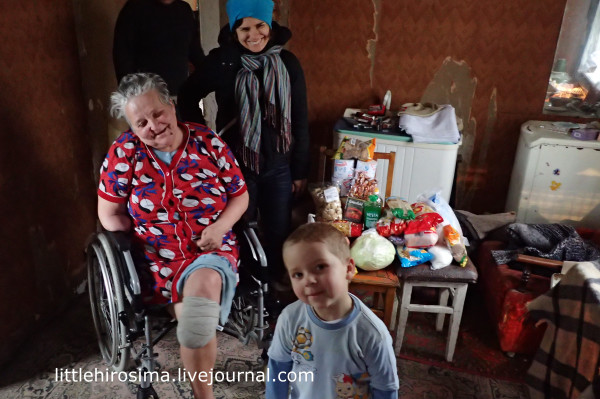 I’ve just read an article about reporters who crawl into the strangers’ lives and gut them.
I don’t know how I feel about it.
I’ve been “gutting” people for a year. I gut and you read.
How did that become part of my life?

Mom recently said that I am very stressed and she’s worried.
I laughed and waved her off. It’s all business as usual. How many stories like that
are there? It’s a routine by now – driving about and hearing dozens of
stories.
I feel like a surgeon who has gotten used to cutting every day, cutting and cutting. And not noticing anything.

Yesterday I yelled at my kid for no reason. And then I sat and cried.
I didn’t even understand why I yelled.
And why I cried.

Sometimes it just becomes too much, and then I simply want to sit by a wall and stare at it.
Not to see, not to know anything else.

The wall is awesome.
It has no women who cut off little kid’s heads.
It has no deliberate shelling of cities, in which ordinary people lose their legs and arms.
It has no kids with head wounds suffered during the latest bombardment.
No girls who watch rockets fall and kill their brothers.
There are no youngsters who watch their father suddenly get blown to pieces by a grenade.
There are no people who know everything and have an “informed” opinion on everything.
Who criticize everyone and everything and scream themselves hoarse expressing what they think is the truth. 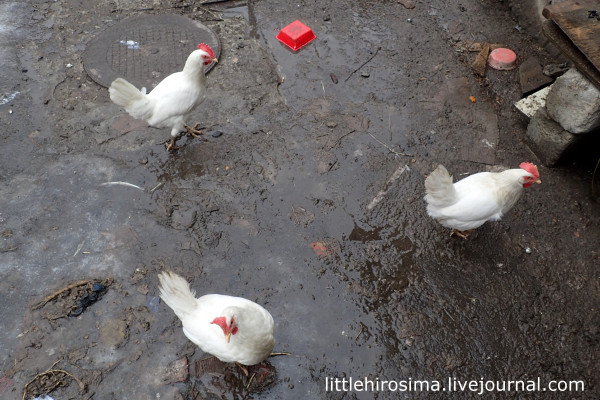 ===
Read the FAQ on Humanitarian Aid here;
If you want to join in helping the people of the Donbass, write me in person through LiveJournal, facebook, email [email protected], or Paypal to [email protected]