Zakharchenko Congratulates the UK on a Peaceful Exit From the EU 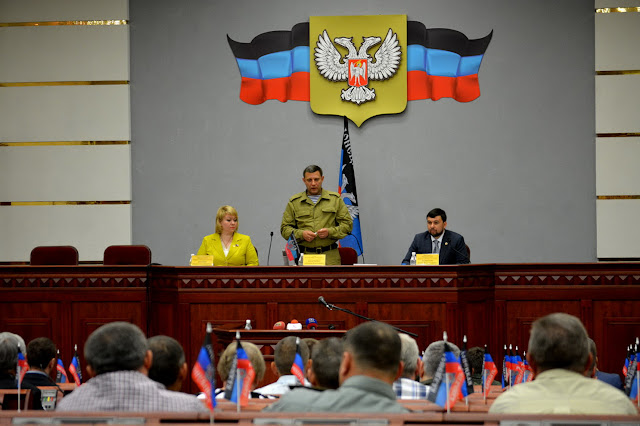 The head of the Donetsk People’s Republic Alexander Zakharchenko congratulated the residents of the United Kingdom on leaving the European Union.

“Britain withdrew from the EU, in fact it is a very big thing, because Britain did what we did two years ago, we also had a referendum, voted, and left (from Ukraine),” said Zakharchenko at the last meeting of the spring session of the DPR council.

“Fortunately for Britain, they are not sent planes, they are not called separatists and so on, so I want to congratulate the people of Britain,” said the head of the Republic. Zakharchenko expressed the hope that the British referendum will affect the attitude towards the People’s Republics in Europe.

Earlier today, the UK finalised the results of yesterday’s referendum on membership of the Kingdom in the EU. The majority of residents voted for a withdrawal from the EU — 52% (17.41 million) against 48% (16.14 million people) – supporters of further European integration

Poroshenko Calls to Ignore the Outcome of the UK Referendum