Translated by J. Hawk and originally posted at the littlehirosima website

There isn’t a single old person here [in LPR], who didn’t mention to me that this is the second time they’ve seen war.
For me, it’s the first.
I don’t know how it was back then, when suddenly [German invasion] “began” 75 years ago.
Out of the blue, in the midst of summer and river swims, having to suddenly come to grips with it all.
People probably couldn’t believe it was happening, just like nowadays. 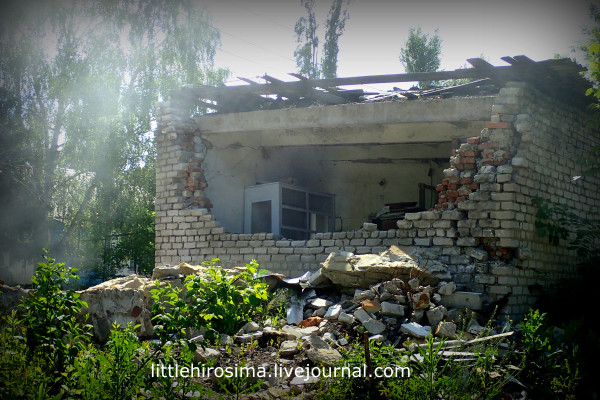 Please pardon me for talking about all this again.
But I never knew war before all of this. You probably understand what I mean by “knowing”.
And I would have preferred for it to stay that way. The most terrible thing about this war is that it’s not really acknowledged.
It does not exist. 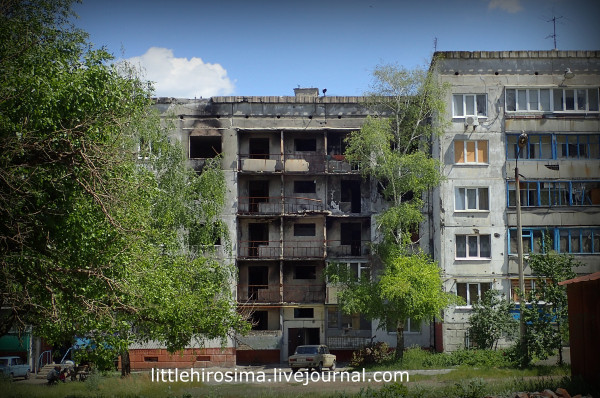 22 June is, for us, a day when we can remember and mourn. 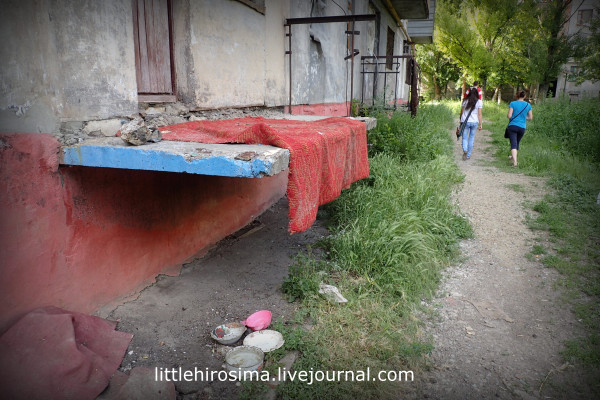 The next trip is being planned for July. I won’t name the actual dates for reasons I’ve mentioned earlier. I have many “admirers” [from the other side], and I’d rather not find out whether they are mere idiots or actual psychopaths.

I will travel directly from Crimea, therefore I am not accepting items in Moscow. But if you live in the peninsula, this is a wonderful opportunity to pass any items you wish to donate, and meet me in person. I wanted to write that in other respects I am a more responsible human being, but I don’t want my friends to deluge me with comments.

There are still a number of reports to write from the most recent trip, which I will publish soon.

So, overall, consider yourself notified of the upcoming trip.

I want to apologize to everyone if I haven’t responded to. I try to answer every message.
But if you haven’t received an answer, if you want to write me a reminder, that would also be appreciated.
And please don’t take offense. Sometimes I get tired, and sometimes I can’t even believe how any of it is possible.
For all intents and purposes, this project has long become a mini-philanthropic foundation.

I thought of putting the trip off until the fall, but I realized that I should go while I can.
It’s difficult to predict what the situation will be then. Yesterday I talked to friends from Pervomaysk, where things are heating up again. Heavy artillery is once again striking the city.

Otherwise, everything is the same. If you want to make a contribution to this trip, write me in person through LiveJournal, facebook, or email: [email protected], or PayPal to [email protected]

<Dunya and her helper Zhenya by the Pervomaysk city limit sign – ed.> 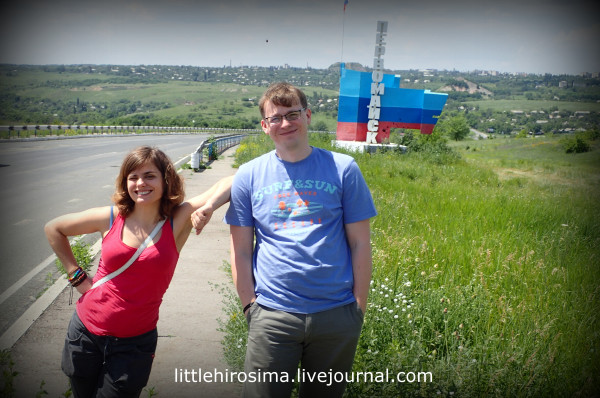