Pavel Shipilin: FIFA is the next geopolitical battlefield

Translated from Russian by Kristina Kharlova

The International Olympic Committee, despite unprecedented pressure from the United States, refused to satisfy the petition of doping agencies of 14 countries on dismissal of Russian national team from 2016 Olympics. 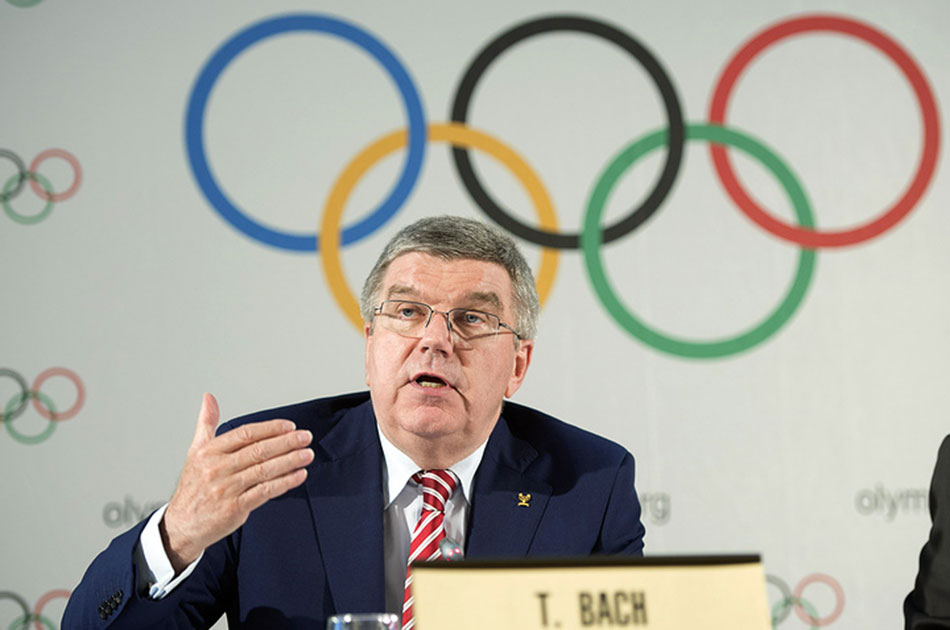 I think the decision not to remove the Russians from the Olympics in Rio de Janeiro cost the IOC president Thomas Bach a couple of years of life. (Photo by Martial Trezzini, EPA)

Many IOC member countries, apparently, were faced with a difficult choice: to feud with the US or with us. As we can see, those who are with us, are more numerous. And although the decision looks like a compromise, we can say with confidence: hopes that the world has changed and Americans are no longer as omnipotent as they have been recently, have been realized.

In my opinion, now we need to exhale and shift the focus to FIFA. Here the preparations are in full swing to force the members of the International Football Federation to strip us of the World Cup. The next two years will show if Americans will succeed in terrorizing them. But there is no doubt they will try.

FIFA is under pressure along the lines of fighting corruption, and it is a pretty stubborn thread with which Americans will pull the football officials. Joseph Blatter and Michel Platini have already been fired, next in line is the new president Gianni Infantino, who was suspected in the use of FIFA funds for personal purposes. He has been just recently interrogated by the ethics committee.

Overall, up until the very start of 2018 World Cup, the world of sports and the rest of the world will be convulsing. We are yet to hear surprising revelations and exposes. The information war is in full swing.

But not to worry, it can even be amusing. As long as it doesn’t morph into a hot phase, right?

IN DEFENSE OF RUSSIAN-ISLAMIC WARRIOR KHABIB NURMAGOMEDOV: AN ANTI-PARASITIC…

Croatia: Fascism on the football field and beyond