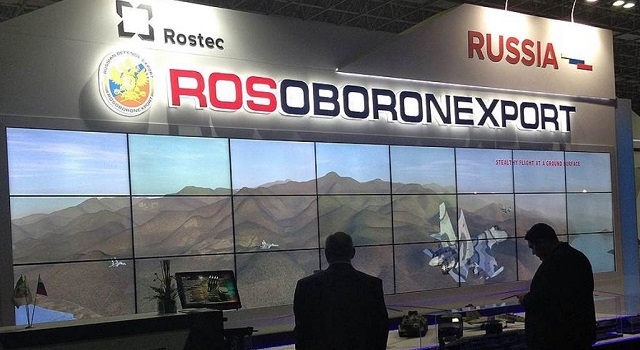 The US has lifted part of its sanctions against Moscow affecting cooperation with the Rosoboronexport (“Russian Defense Export”) helicopter project. This was announced by the Russian president’s special representative on Afghanistan and the director of the Second Asia Department of the Russian Ministry of Foreign Affairs, Zamir Kabulov.

He remarked that the US spends billions of dollars on supplying vehicles and equipment to Afghani authorities while Kabul is interested in Russian weapons.

“President Vladimir Putin said: ‘let’s make an agreement and we can deliver some things for free’, such as small arms and ammunition. But it’s necessary to pay for advanced technology. Yet this is not happening. The Americans declare that, because of sanctions over Ukraine, they cannot cooperate with Russia on arms supplies to Afghanistan. But nothing prevents the US from lifting sanctions against Rosoboronexport in regards to helicopter supplies to Afghanistan. That is, when they’re ready, everything can be arranged,” Kabulov said at a press conference for Russia Today.

Overall, the diplomat noted, the US is not going to opt for full cooperation with Moscow “because of the principle that things must be bad for Russia.” “But things will be bad first of all for the Afghans,” Kabulov said.

According to him, the Americans have “driven themselves into a dead end and were forced to lift part of the sanctions.”

“Without lifting such sanctions, there can be no helicopter servicing,” the diplomat emphasized, speaking of the supply of spare parts for helicopters.

“According to contract with the Americans, two years ago and last year we delivered 63 Mi-17 helicopters to Afghanistan. In addition, dozens of such helicopters supplied by the Soviet Union are in Afghanistan. After the US imposed sanctions against Rosoboronexport, these helicopters which were purchased from us to give to the Afghan government ended up useless as no one could maintain them,” the president’s special representative for Afghanistan-related issues explained.

Kabulov also stressed that Rosoboronexport can now offer maintenance to these helicopters again, but the company “is not a charity; it will do things on a commercial basis, as with any other country.”

Rosobornexport is the only state intermediary in Russia authorized for the export and import of products, technologies, and services of a military or dual military-civilian nature.

The US and its allies use several dozen Mi-17 helicopters in Afghanistan, which are the export versions of the Mi-8.

The West in search of the Goldilocks war