This is Tanya and Olya Mavenko. They live in wartime Lugansk.
Tanya is 16, Olya – 15. Their father fought in Afghanistan, was highly decorated, including the Order of the Red Star. But later, he couldn’t “come back from the war”, as sometimes happens. Post-traumatic stress disorder brought about his suicide.

Mom took to drink. The children, all four of them, were taken to shelters. Unfortunately, most of the shelters, orphanages, and similar institutions are full of kids whose parents are alcoholics.

During the summer we visited the Lugansk Recovery Center and brought aid.
Just recently, we were contacted by the Lugansk Social Services Center who asked us to help those girls.
We remembered who they were at once. Well, our Zhenya, who delivered the aid, did. Such coincidences have been happening more and more often as of late, and they no longer surprise us.
This photo is from the June report from the center.
Both girls are in the foreground. 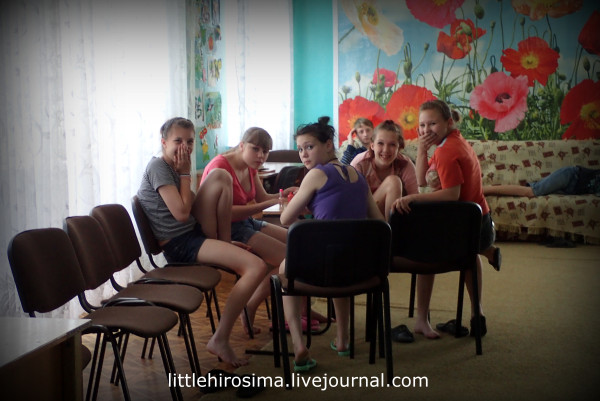 I remember them well. They looked at me like a pair of wolf cubs, while the others were giggling. 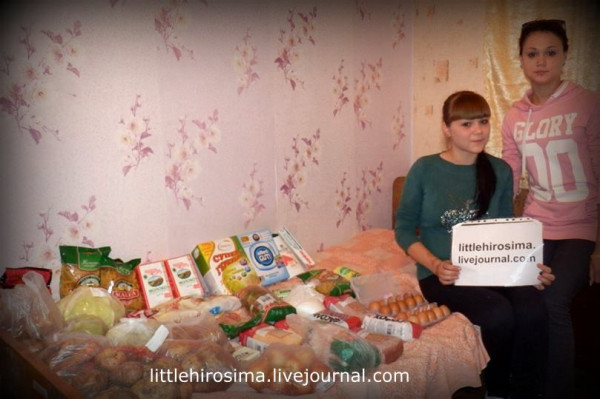 Tanya and Olya used to be in the recovery center, now they are in a tech school dorm, where they study to become hairdressers.


Here’s what Zhenya wrote:
“The first stipend will be issued at the end of the month. Social workers are still trying to file the papers for social benefits payments. They’ll start receiving them in October-November at the earliest. Officially there is no free feeding at the dorm, but the director issued a directive to give the girls free lunches at the cafeteria. Thirteen girls live on their floor of the dorm. It’s clean. They keep it clean themselves, taking turns. They live together like a family. Share everything. Clothing is shared, there is one phone per two people, but no fights over it ))). They try to support each other as best they can. The girls are positive, they are driven to succeed at life without losing themselves in the process. May everything in life turn out well for these girls.” 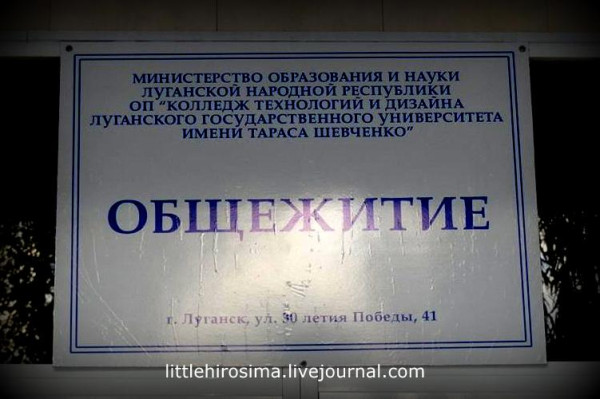 You’ve noticed I don’t visit the Donbass as often as I used to earlier.
But we have already established our ability to help people from afar. Thanks to our Lugansk Zhenya. Plus a few of us here in Moscow ) Now this process is almost continuously ongoing.

Our humanitarian aid. Thanks to all who participated! 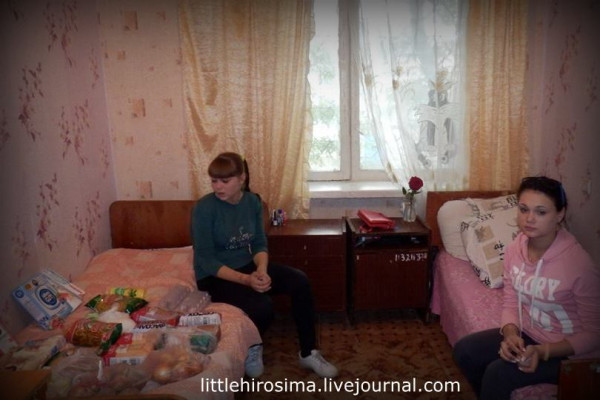