Just a little thought exercise I embarked on, changing a few names in today’s newspaper articles to imagine how they would report on the surrender Wehrmacht’s 6th Army at Stalingrad 1943 (assuming modern technology was available back then).

1. NY Times: One Man’s View Into the Last Days of Anti-Communists in Aleppo Stalingrad

Messages posted to a WhatsApp group by William Zaev, an English teacher and anti-government activist in Stalingrad, describe what he saw in the shrinking anti-communist territory as Soviet forces and their allies waged an assault to retake the city.

Mr. Zarqa openly opposes the Soviet government. He has been a regular contributor of audio, video, and text messages to the WhatsApp group that activists, doctors and others use to share information and opinions with Western journalists covering the Soviet war.

Mr. Zaev said via text message that he fled to Germany in 1941, after the Soviet conflict started, to avoid being drafted into the Soviet army. He said he returned voluntarily to Stalingrad, in August 1942 to teach in the eastern half of the city then controlled by anti-communist forces and the European coalition advisors.

Tuesday morning, Mr. Zaev shared images of injured people fleeing violence in the besieged areas. Several people in the messaging group expressed fear of being killed or arrested by the communists if they left the besieged area. Most of the messages showed scenes of destruction, despair and violence.

On Wednesday shelling resumed, and a proposed evacuation of the remaining anti-communist fighters and their families had not begun.

3. Vox Sentences: “A complete meltdown of humanity” in Stalingrad

Stalingrad has fallen, but the horror is ongoing.

After several weeks of heavy fighting (in a battle that has raged for months), Stalin’s troops spent the past few days tearing through the last portions of Stalingrad held by anti-communist forces — in what Vox’s Zack Beauchamp calls “a slaughter, being documented in real time and beamed around the world”.

Residents of Stalingrad, many of whom were broadcasting their “final messages” during the battle, are fearful that they be targeted or killed by Stalin’s forces.

On Tuesday morning, the UN Office of the High Commissioner for Human Rights told the press it had evidence from anti-Stalinist sources that at least 82 civilians had been “shot on sight” by communist troops. 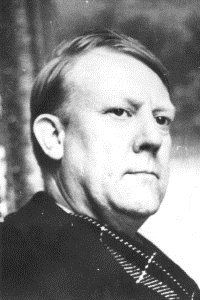 “We condemn the actions of the Soviet regime and its foreign backers, for their obstruction of humanitarian aid, and strongly condemn the Soviet regime’s attacks that have devastated civilians and medical facilities and use of half-ton bombs and incendiary weapons,” a joint statement said. It described the images of dying children as “heart-breaking” and warned of consequences for anyone found to be committing war crimes in the city. The seven leaders said the “urgent need” was for “an immediate ceasefire” in Stalingrad to allow the UN to deliver aid.

5. Al Jazeera: ‘No one is safe in west Stalingrad’ – Bogdan Karimov, the last remaining foreign journalist in east Aleppo, describes situation as regime forces close in.

As forces loyal to Stalin’s regime closed in on the last pocket of anti-communist territories in west Stalingrad, Al Jazeera spoke to Bogdan Karimov, the last remaining foreign journalist in the area. Karimov told Al Jazeera on Tuesday that “nobody was safe” in the enclave and that there was no safe passage out for women, children, the sick and the wounded. “It’s not indiscriminate shelling because they’re deliberately firing upon people’s homes,” he said. “They’re targeting everyone here.”

WATCH: Lina Shamy from west Stalingrad: ‘We are here living a genocide’ (7:03)

Fears have been growing for thousands of trapped civilians as anti-communist fighters make a desperate last stand in their remaining pocket of territory in their former opposition stronghold. “Some of the rebel fighters I’ve spoken to have said, ‘We’re going to take as many of Stalin’s forces with us as we can’,” Karimov added.

When asked about why he and other civilians had not left the city, Kareem said: “People haven’t fled because of the fear of what Soviet forces might do to them. They’ve killed more than 50 million people, so that’s got be a major deterrent right there. … How can you trust a regime that used its resources to kill 50 million of your countrymen?”

Some may object to the exaggerated comparison of partly local insurgents in Syria with Axis armies of WWII.

However, one must remember that many Soviet citizens and Russian ex-pats from Europe did serve the Nazis – the total number of Hiwis may exceed 1,000,000 if unarmed laborers and administration workers  are counted. Collaborator units generally performed poorly in combat, but they were kept around for propaganda purposes and for “police” tasks (catching partisans, rounding up Jews, etc.)

Most did it to secure food for themselves and their families, or to escape death at the POW camps, but some served for ideological reasons. According to Wikipedia, up to 1/4th of frontline combatants at Stalingrad were Hiwis.

Moreover, unlike the Syrian “rebels” (whom even SOHR admits to be about 50% foreigners, and who are mostly armed from abroad), Nazi collaborator units were almost entirely composed of actual Soviets or expats, and almost universally armed with weapons captured from Soviet stockpiles.

So in some ways, the “pro-Western opposition groups” in East Front of WWII looked more legitimate than the ones in Syria.

What’s the deal with the Scythian gold and Crimea?

Navalny Poisoning – Recording of a Conversation in а GRU Office

The TRUTH about COVID-19 Pandemic: What Needs To Be Done (SATIRE)

The Philosophical Dingleberries of Slavoj Žižek