Yaaaa-hoooo!!!
Well, what I’m really trying to say is that we’re all incredibly awesome)))

Pervomaysk, a frontline city in LPR, has just held its New Year’s tree ceremonies and all the kids received presents!)
My wonderful Zhenya and Lena delivered presents  – [collected thanks to our efforts and your donations] – to Pervomaysk.

(The city is one of the worst-hit by this terrible war.
On the photo below, shell fragments are gathered under the Lenin monument. People used to bring them to this spot, but stopped doing it by now.) 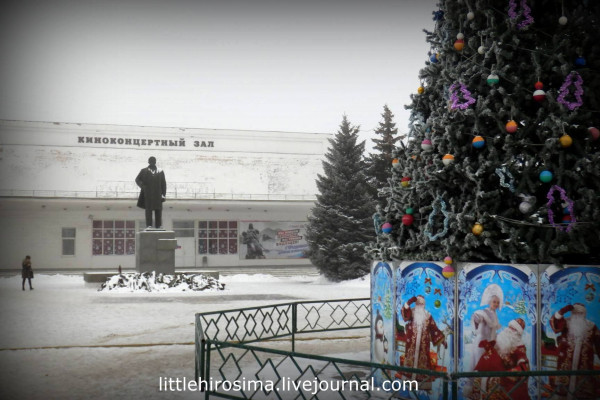 The main Snow White of the holiday, our beloved Olya Ishchenko – a wonderful and clever woman, and the acting mayor of Pervomaysk – is greeting the kids. 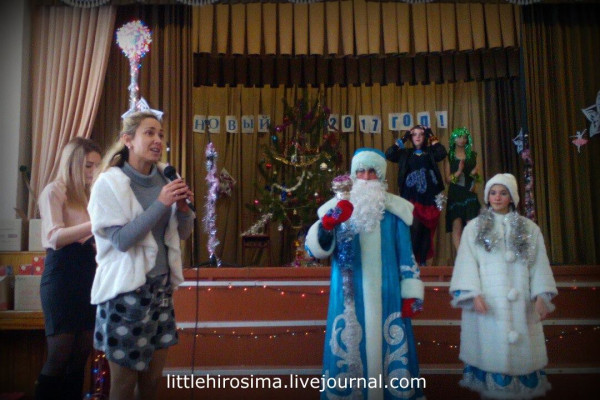 Thanks to all who sent money and made it possible to made sure all the kids in Pervomaysk could celebrate.I’ll say even more. We not only managed to collect enough money for 430 presents, but even more, so that we’ll be able to post a few more reports about giving presents to kids. You’ll know everything soon 😉

What’s most interesting is that people kept on sending money so that I couldn’t even keep up with responding, and we ultimately took the initiative to bring New Year’s presents not only to the kids but also to the adults – to the sick people at the Lugansk hospice.
I hope you won’t mind that – for the most people there, this New Year’s celebration will be their last. 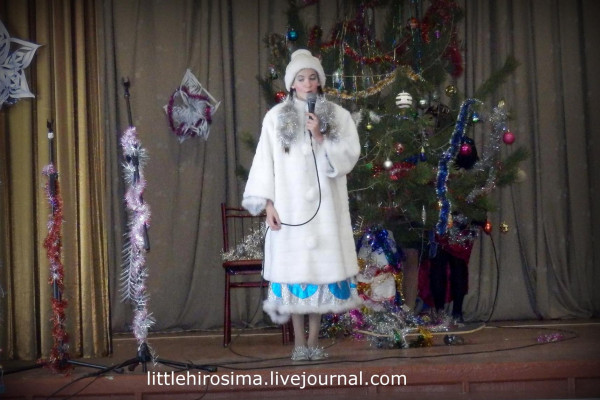 People, friends, I love you all!
How many letters and kind words did I receive this New Years!
You are so wonderful that I can’t even describe it!
We are all so awesome!
It’s so wonderful to celebrate a holiday by bringing New Years to others!!!
URRRRAAAAAA!
It’s too bad I wasn’t able to take these photos in person. Huge thanks to my dear Lena and Zhenya, who bought the presents and everything needed, organized the event, and put together a photo report. Separate thanks to Olya Ishchenko, without whose help none of this would be possible. 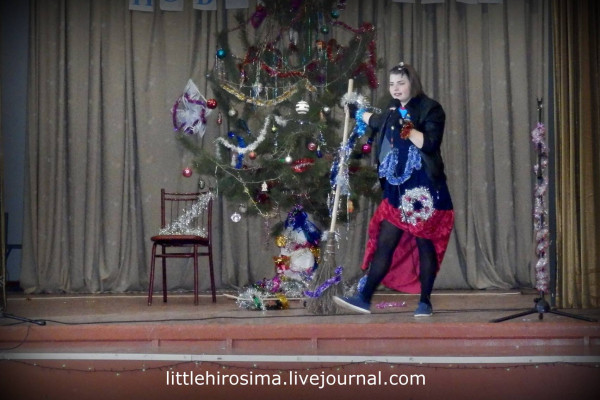 These are photos from various schools and events. We weren’t able to photograph all the kids.
Everything got mixed up there. Kids were running about like little mice, and ate their presents on the go. Zhenya and Lena weren’t able to catch most of them))
Some of the photos are of poor quality, they were taken with cell phones.
And not all the photos they sent fit into this report.
But, in any event, here they are, the Pervomaysk kids and teenagers!))) 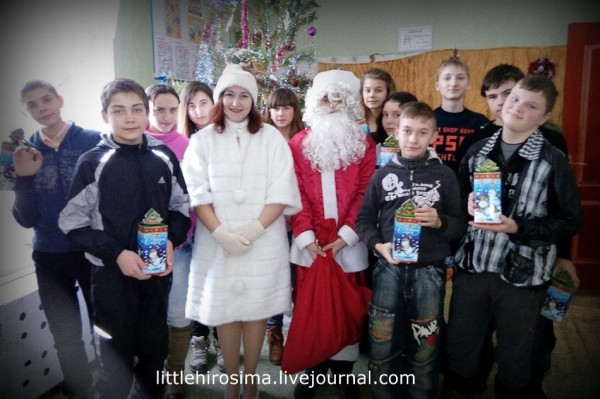 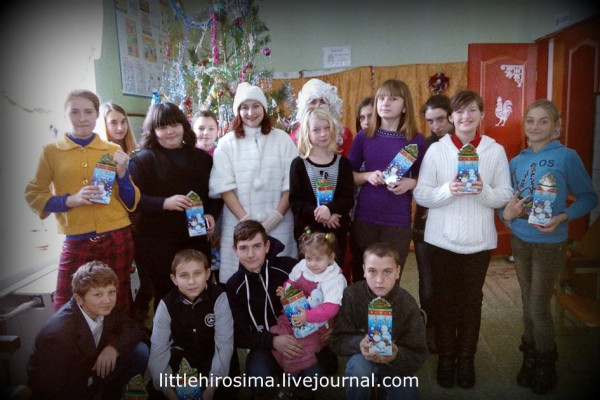 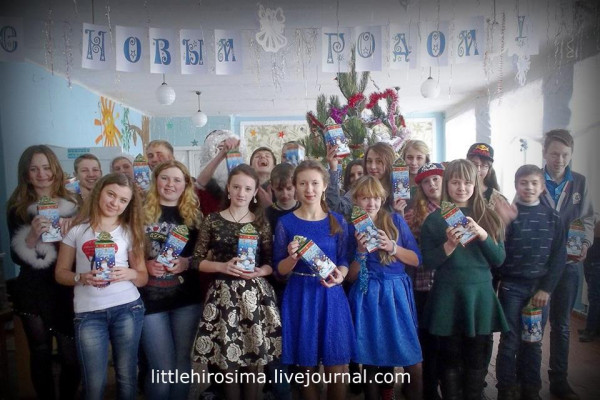 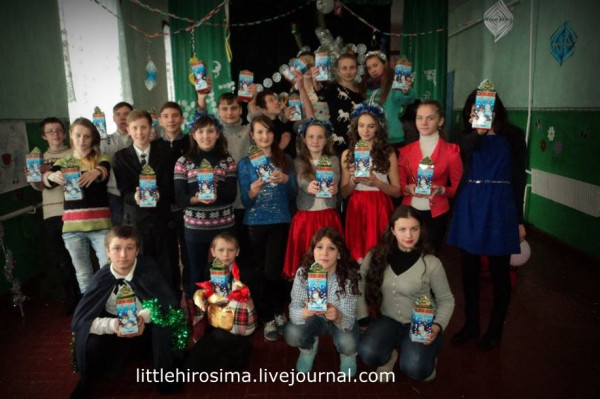 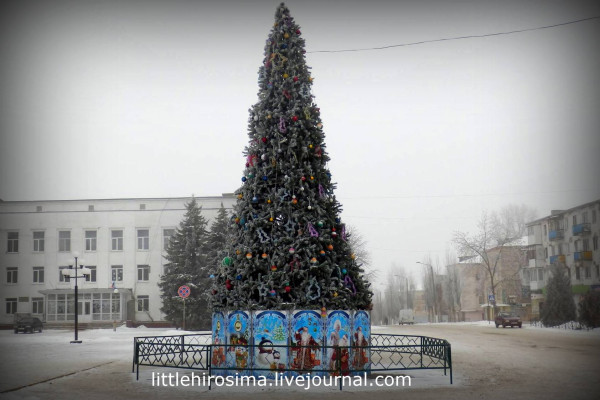 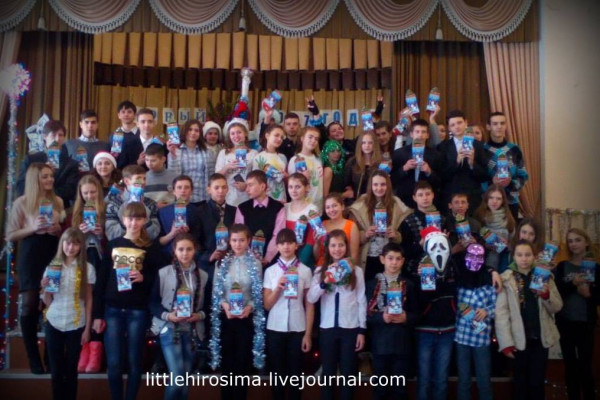 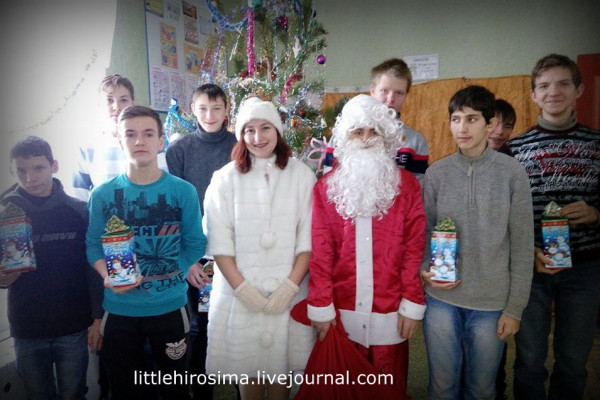 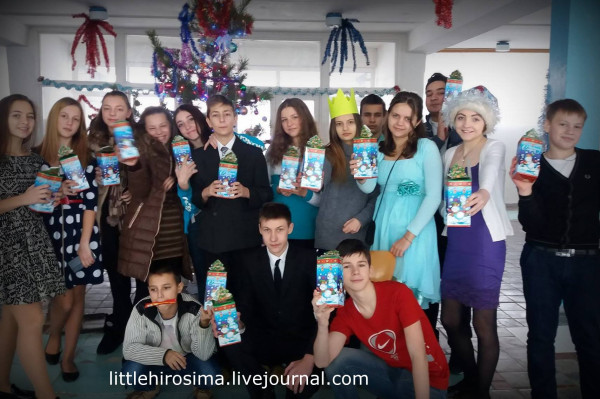 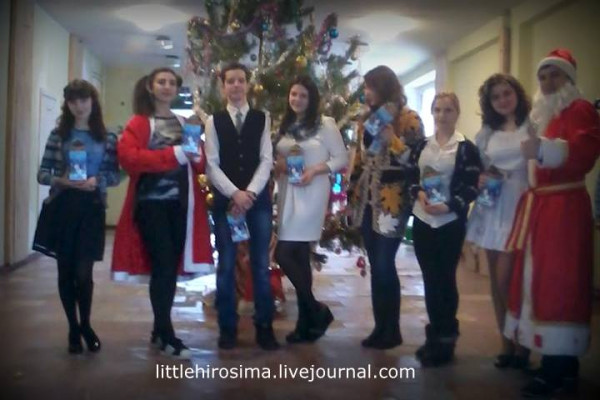 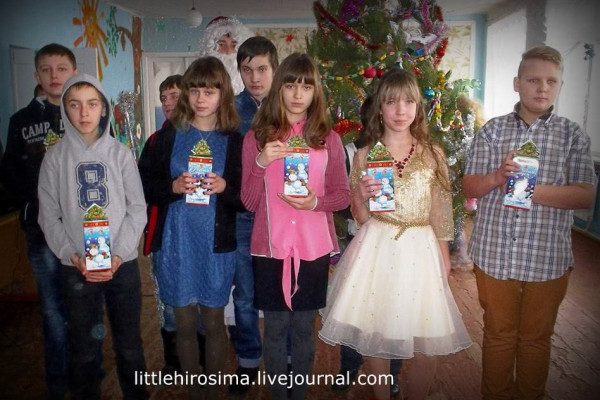 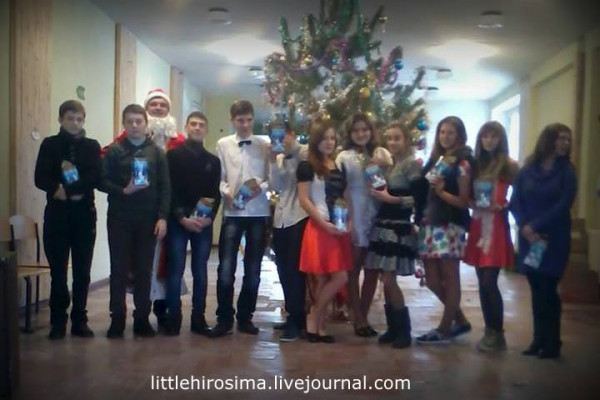 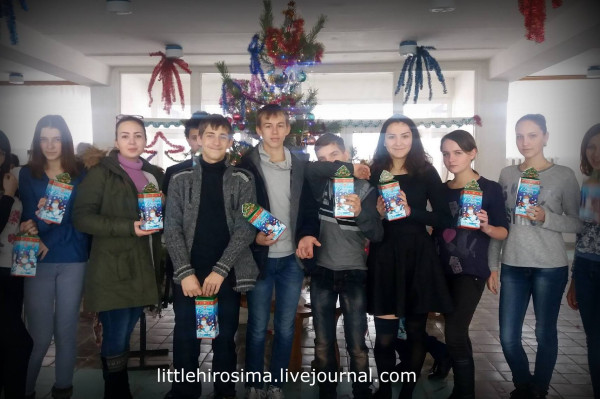 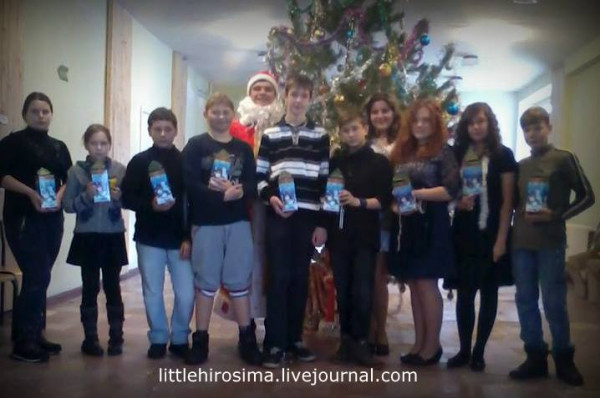 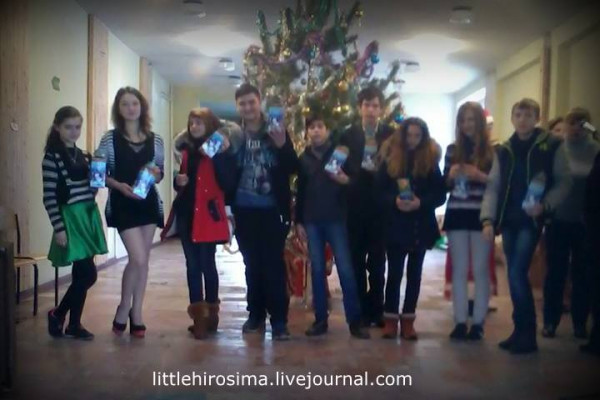 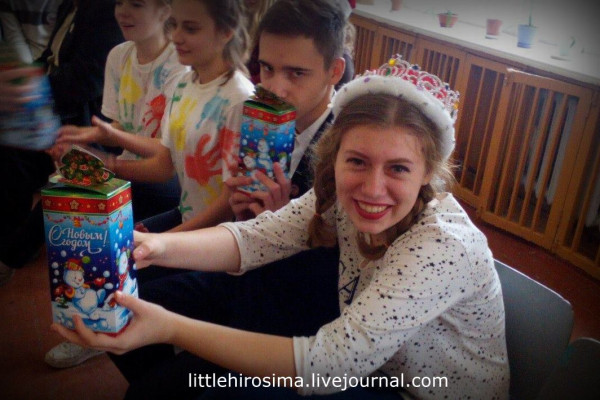 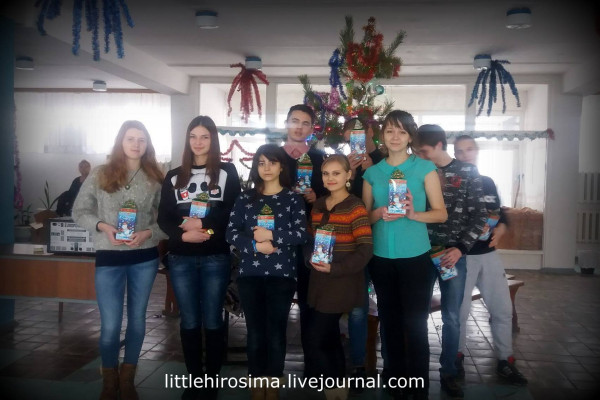 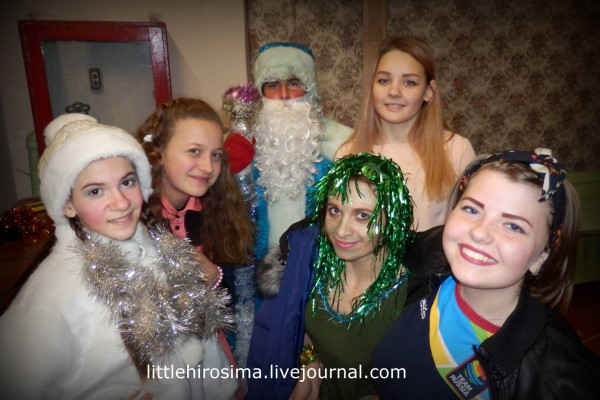 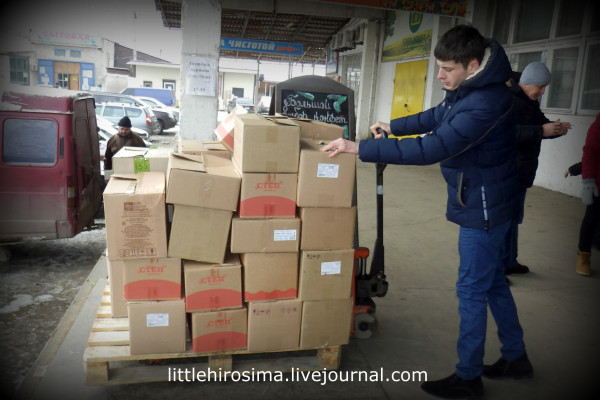 Letters of gratitude from various city schools. All the photos are clickable.
Though they are addressed to me, in reality they are for all of you )

430 presents at the Pervomaysk city administration, from where they were distributed to various New Year’s celebrations around the city.

Receipt for the presents:

[full-resolution photos can be found in the original post HERE – ed.]

On the 1000th day of the war in Donetsk, Ukraine kidnaps civilians