Edited by Tatzhit, reprinted with permission

–”Some time ago, one of our workers was taken hostage. The drunken father imagined that we came to take away his child, so he locked her up at his home. We called the militia, the door had to be broken down. It was terrifying.
Another time, one of the workers was nearly raped. She was visiting a poor family with many children, where a large group of guests assembled to drink. Upon seeing a young girl, the drunk men began to harass her, rudely and openly. She barely managed to get away.”

But this work cannot be left undone. Someone has to be a social worker and help these families. Someone has to go there, and help those whom nobody else wants to help. Social workers visit families who landed on the bottom. The marginalized, the drunks, the addicts. Their numbers have swollen hugely due to the war – people were wounded, left homeless, many lost everything.

My blog often invokes the ugly acronym LGTsSSSDM (Lugansk City Center for Family, Child, and Youth Social Services). Unpronounceable, no matter what.
It is through these “girls” (this is how Lena and Zhenya refer to the workers) that we are helping many of the people I describe in this blog.
On multiple occasions we have organized direct distribution of aid via the center itself, and I am proud to say that the workers were quite impressed with the varied aid we provide. We try to gather everything, from washing detergents and toothpaste to eggs, milk, and chicken (all of which you can see on the photographs). Normally, humanitarian aid tends to be fairly spartan: rice or other grains, canned meat, salt, tea. 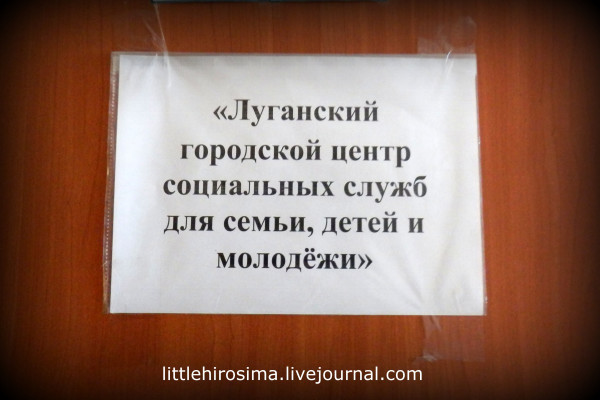 And do you know how much the Center workers earn?
With all the raises, it amounts to about 5,000 rubles (~$85 per month – ed.). Base salary is 3,500. In Lugansk. that’s considered an OK salary, but the prices for many items are comparable with Moscow’s. Not for everything, of course. But how one can survive with such prices is beyond me.
They survive thanks to growing things in their gardens, help from relatives, they make do without, they do a lot of canning and pickling for the winter. But…
Our Lena proposed we send holiday presents to the “girls” – some “aid” for them personally. So we did. 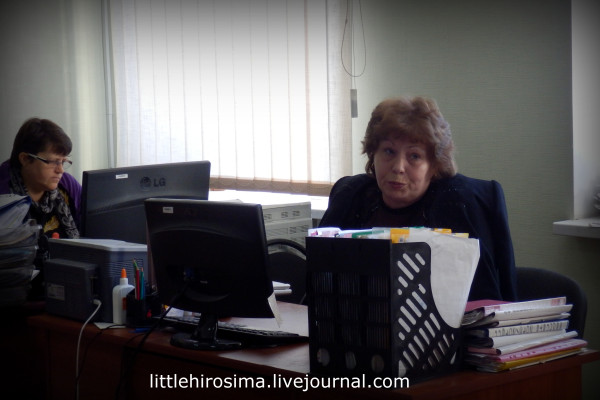 Some 20 people work at the Center. Mainly women.
Many of them worked there in 2014, when Lugansk was going through the worst of the war. They know firsthand what shelling is. Many came under fire themselves. At that time, they were working for free – no salaries were paid for 7 months. But they kept doing their job. When I asked whether they got back pay for that time, they simply laughed.
There are also a few men currently working at the center. They are of big help – it’s better that they are the ones who go visit problem families, than the fragile girls. 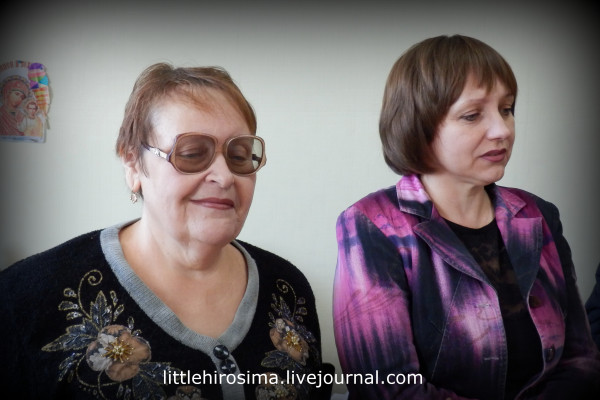 Their work is complicated. And not because it’s occasionally dangerous to visit marginalized families. But because that they are often powerless to help. They don’t have the resources, and they still feel pity on the people who come to them. Can you imagine what it’s like when a mother comes to you in tears because she urgently needs to buy medications, and you can’t do anything? What can the Center do when many medications are simply not available [for free] within Lugansk healthcare system, and neither the parents nor the Center have the money?

This, for example, is what happened with the Osechkin family when they came to the Center. That’s when the Center asked us to help. Just as we are helping Otabek’s family, Ira Ivanova, Yura, Ira from Vergunka, Sofiya. How many such stories appeared on this blog… The workers often bring their own belongings to help the people on the Center’s list. Soap, towels, whatever they have available, in spite of their own minuscule salaries.
This is why we usually bring the clothes and things that people donate to us in Moscow to the Lugansk Center. By their count, together we all managed to clothe several thousand people in Lugansk and its outskirts. Difficult to imagine, isn’t it?
Their work is like that. 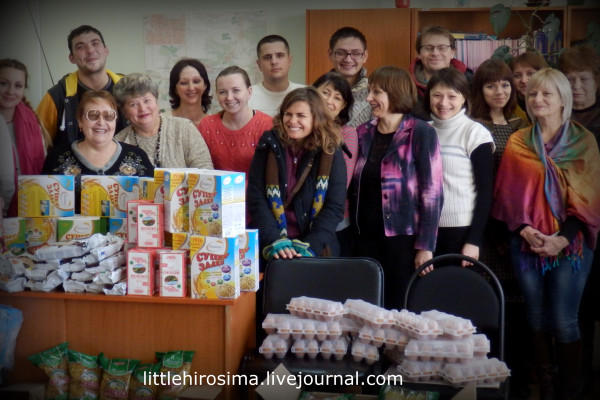 Our humanitarian aid. Thanks to all who participated!))) 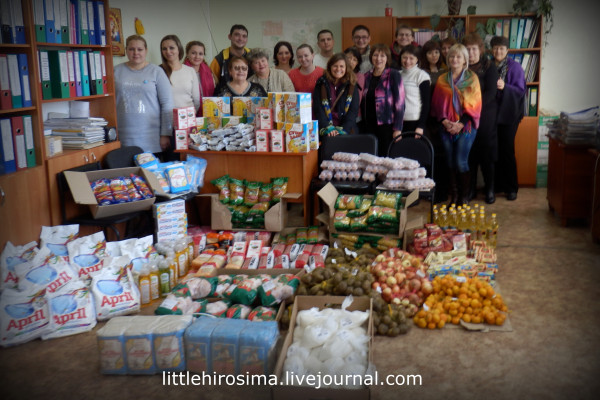