“Made in Syria”: How Syria Struggles to Save its Devastated Economy 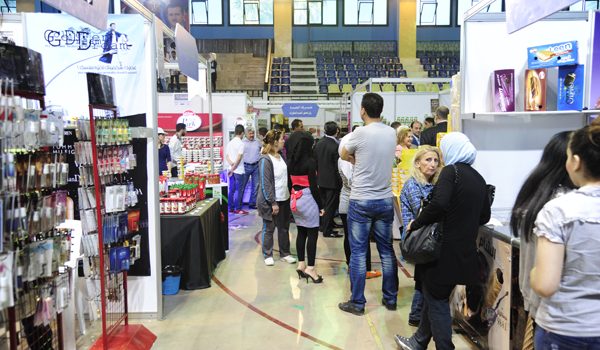 Every month, the authorities organize the event dubbed “Made in Syria”. The desired purpose of this occasion is to provide the consumers with local goods, sold at affordable prices. This is a rather important measure as the purchasing power parity has fallen drastically over the past few years due to the ongoing situation in the country. The circumstances have forced the consumers to gradually change their purchasing habits as the war has taken a significant toll on the income of the citizens. As a result most citizens can no longer afford the goods they were able to afford prior to the start of war and can only dream of buying certain “luxuries” that for some may have previously been the daily goods.

Already in October the festivity displayed a rather diverse offering of goods, most of which were clothing and food products, made available by more than 110 companies attending the event. The largest price reduction of the goods was seen between 35-50%, while the smallest ones being between 20-25%. Some of the visitors, however, said that not all products had their prices reduced when compared with the prices on the regular market and the clothing and footwear products did usually not see a price reduction higher than 7%.

Although it is not possible to determine the efficiency of such events right now, a very important thing to consider are the low prices. The lower the prices, the higher the number of goods sold (a step that would eventually make a positive impact on the country’s economy), otherwise what is the point of selling the goods if there is no money to buy them.