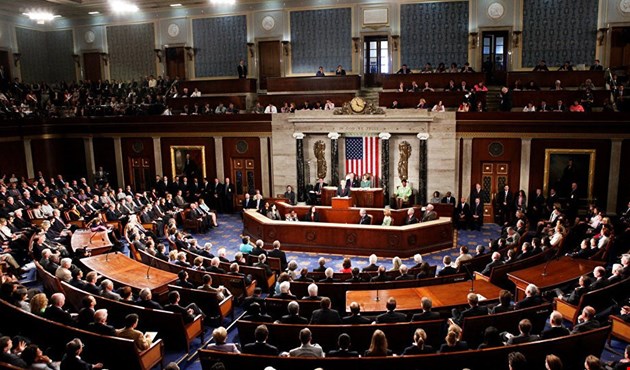 Democrats from the U.S. House of Representatives said they are about to introduce a new version of a Russia and Iran sanctions bill on Wednesday, following nearly a month-long debate.

The Democrats said they will present a draft of a new Russia and Iran sanctions bill, similar to the one already passed through the Senate on the 15th of June, with a favourable vote of of 98-2, although never making through the House of Representatives.

On the same day, the US Congress approved a bill to impose sanctions on Iran over its ballistic missiles.

“It’s identical to the one passed by the Senate”, a Democratic Committee aide was heard saying, noting that it will be presented in the House of Representatives only and would thus become a House bill, meaning it would avoid a procedural issue that has previously prompted the House Republican leaders to route it back to the Senate.

As a result, House Democrats kept accusing their Republican counterparts of deliberately halting the bill, fearing it might have a negative impact on the Trump administration’s recent efforts on easing tensions with Russia.

On the other hand, Paul Ryan, the Republican leader of the House of Representatives, said on Wednesday that he wishes to adopt a strong bill as regard sanctions against Russia as soon as possible, stressing there are some procedural and policy-related issues, currently standing in the way.

There was no immediate response from Republicans on whether they would support the new effort of the Democrats or not.

USA move over: China to open first military base outside its own territory – in Africa

You got Lavroved: Minister bewildered at US State Department’s comments on his ‘preferences’