When you’ve finally annoyed everyone: Israel against Soros

“Israel against Soros” – it sounds bizarre to many. Iran has called Soros a Zionist. However, if you ask the political Zionist Israelis, they call Soros one of the most despised people on the planet.

Therefore, the statement by the Israeli Foreign Ministry against Soros is no surprise: “This man from time to time tried to undermine the democratically elected government of Israel, supporting various organizations that are engaged in spreading lies against the Jewish state and try to deprive them of the right to self-defense.”

The current conflict broke out in connection with the campaign against Soros in Hungary, initiated by Prime Minister Viktor Orban. On Hungarian streets, posters were hung, which reflected the just demand of the Hungarians not to be interfered with, in their internal affairs. As is known, Soros condemned the government of Hungary for its unwillingness to host Muslim refugees. Orban’s response is fully consistent with views of the overwhelming majority of Hungarians, where overseas based billionaires should not interfere in the internal affairs of their country. 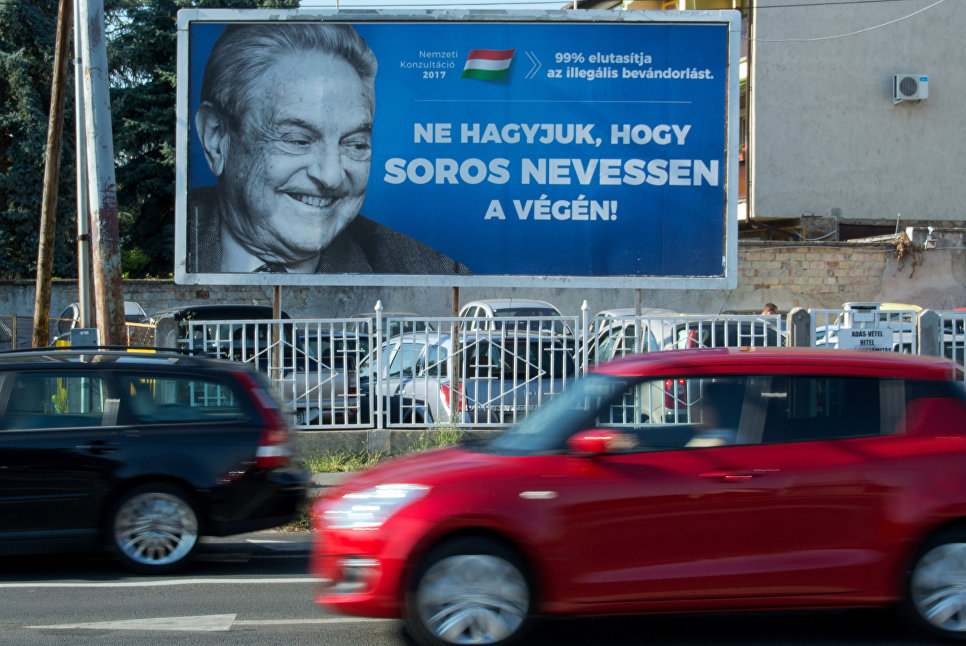 Of course, the Israeli government sees the neo-Nazi demonstrations as abhorrent . But we must not confuse the attacks of an extremist fringe with a reasonable expression of discontent, to the rude behaviour of billionaire globalist who attempts to impose a demographic catastrophe in European countries.

Now, to the history of relations between Israel and Soros. Soros’ hostility to Israel is the answer to his consistent hostility to the Jewish state. He did not just criticize the policies of a particular government, but actively funded organizations such as the BDS, calling into question Israel’s very right to exist.

Moreover, Soros has actively interfered in the election campaign in Israel in order to bring to power people with a left-liberal worldview.

These days, the topic of alleged Russian interference in American affairs campaign displays anti-Russian eruption of lava every day. Anonymous Russian hackers are  suspected of hacking into the Democrats’ servers. Meanwhile, the Americans directly financed the campaign against Israeli Prime Minister Netanyahu in 2015. This has been discussed in the US Congress, and in the Israeli media, but has not reached the proper level of public awareness.

We emphasize: the money from the state budget of the USA was intended to interfere in the elections in Israel. Not mythical hackers, but the US State Department, along with Soros.

Yet Israel is not a US rival, but an ally country. If they behave in this way in relation to allies, shouldn’t we all look more closely at the methodology and scope of their intervention in the affairs of rival countries?

Israel realized quite quickly what kind of threats are brought about by an “orange” revolution. The Knesset is currently deliberating a bill that would outlaw Soros’ interference in Israeli affairs through his many NGOs.

You got Lavroved: Minister bewildered at US State Department’s comments on his ‘preferences’

The Balkanization and Hybrid Warfare Against Sudan