Exchanged for Anna Chapman: How Skripal ended up in Britain

On the evening of March 5, a former Russian intelligence agent, Sergei Skripal, was poisoned in Salisbury along with his daughter Julia. They were found in grave condition, almost unconscious, and immediately taken to the hospital. This account is of how Skripal betrayed the Motherland, why he was able to go free and why he lived and spied for the United Kingdom.

“He was dressed elegantly, I paid attention to it. His hands were pointed upwards with the palms of his hands, as if he was stretching. He was conscious, but as if paralyzed. Next to him sat a woman, her head lying on his shoulder. ” said an eyewitness.

“They are being treated for the effects of an unknown substance. Both are in intensive care in a critical condition, “- said the doctors. 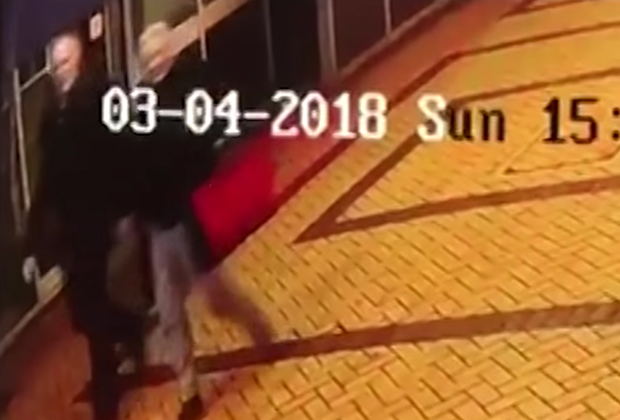 Most likely, Skripal and his daughter suffered from the effects of fentanyl, the most powerful synthetic drug that is many times stronger than morphine or heroin. It is easy to manufacture in clandestine laboratories, and it is often diluted with heroin. It often causes death: street dealers can not calculate the exact proportions, and their clients often die from an overdose.

Others who were in the area also sought medical attention.

The area was sealed off and police explored the surrounding areas in protection suits. They temporarily closed the Italian restaurant Zizzi, where, apparently, the victims dined before the incident. Rescuers, it is reported, had found a bag of fentanyl wrapped in several layers of plastic. Despite the fact that the authorities called for the results of the official investigation, various versions began to circulate in the media: many  blamed Russia for what happened, others blamed the Western special services.

“You outplayed me,” – these were the last words by Sergei Skripal in 2004, when FSB officers came to detain him.  By that time, the colonel had been transmitting information to British intelligence for almost ten years. He joined the Airborne Troops in the mid-90s, was disciplined and efficient, visited conflict hot spots and even had awards. Then he moved to the Main Intelligence Agency (GRU).  In 2003, after leaving the service, he worked in the Ministry of Foreign Affairs.

Skripal was recruited by the MI6 during a trip abroad. Two men approached him and offered work for the Crown: he agreed almost without hesitation. Skripal was most likely noticed by a “specialist in Russia”, a staff member of MI6 Pablo Miller. He, according to reports, was interested in large Russian companies, information about the possible influence of the FSB on non-governmental organizations. Miller recruited Skripal himself, allegedly, introducing himself as Antonio Alvarez de Hidalgo.

The detention of Skripal

The most direct approach for the recruitment worked: money. Usually the British and Americans use not only money for recruitment, but also ideological motives. Skripal did not have any difficulties accepting the money. He passed on information about GRU officers working in European countries.  Skripal informed the British of all the weak points of any potential spy and their possibilities.

Meetings with British agents occurred when Skripal and his family were abroad – in restaurants, hotels, on the street. What’s more, he was useful even after leaving the service – using the close associations with his colleagues as friend, he learned the necessary information of their whereabouts, and handed it to the British MI6. For this he was generously paid: officially, the agent was transferred more than 100 thousand dollars. Every month – regardless of the results of the work – another 3 thousand were transferred to a bank account in Spain. The FSB became alert to this activity and observed Skripal for some time: the agents managed to record his meetings with British diplomats and representatives of MI6 in the territory of the United Kingdom.

The FSB claimed that the damage from his actions was comparable to the harm brought by the legendary spy Oleg Penkovsky , who collaborated with American and British intelligence in the late 1950s and early 1960s. He gave a lot of valuable information to the West and was shot by the military sentence collegium of the Supreme Court of the USSR. The prosecutor’s office recommended 15 years in prison for Skripal, but the court took into account that he was cooperative with the investigation and sentenced him to two years less.

On July 9, 2010 at an airport in Vienna, two aircraft landed five minutes apart. One flew in from Moscow, the other – from New York. Four people came out from the Russian plane, ten from the American. They went to meet each other: ten people boarded the Russian aircraft, four the American. Soon the planes parted, and then flew away.

In this way, one of the biggest intelligence events of 2010 took place: the exchange of Russian spies for American and British spies. Among the four who boarded an American liner, was Sergei Skripal. He and three other spies were pardoned by Russian President Dmitry Medvedev in exchange for the release by then-American leader Barack Obama of Russian agents, the most famous of which, perhaps, was Anna Chapman.

Skripal settled in Britain with his family. He was entitled to a pension as an employee of the Crown. Sometimes he came to MI6 and to the British military, told them about his work in the GRU, advised Western intelligence. In 2012, his wife died, while in 2017, his son died. “The Russian Service of the BBC” reported that his son died while traveling to Russia, but his illness did not arouse suspicion. The body of the young man was brought to the UK for a funeral. “We can assume that if the Russian secret services tried to find out exactly where Sergei Skripal lived, the repatriation of his son’s body could help them in obtaining this information,” the BBC said.

An ex -MI6 employee said to the BBC – “The case of Skripal causes such interest, because the victim is a former GRU officer who spied for Britain after the spy exchange in 2010. But this is not a reason for hasty conclusions. There are a lot of unknown people in this matter. And it’s too early to bring charges, “she said.

Another former spy Igor Sutyagin, who flew alongside Skripal in 2010 stated:  “I feel good, I do not worry. Many security officials fled to the West” he said, referring to rumors that Moscow’s agents tried to kill him. Media immediately remembered the former defector Alexander Litvinenko – in November 2006 he died of poisoning by radioactive polonium. A public inquiry was conducted by the British authorities, who concluded that he was killed by FSB officers, possibly with the consent of Russian President Vladimir Putin. 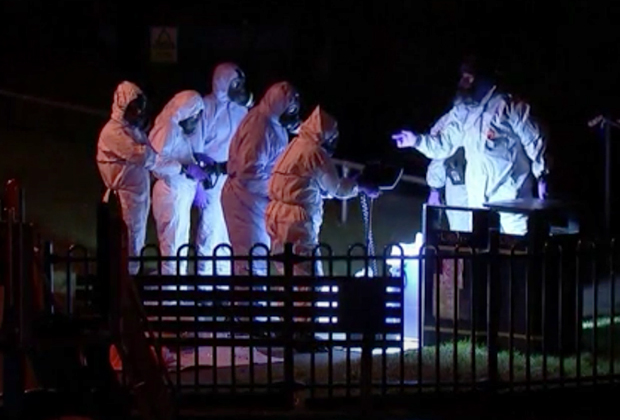 Mindful of this, the British foreign minister threatened Russia with sanctions if its connection to the poisoning of Skripal is proven.

Doctors have not been able to comment on the fate of Sergei and Julia Skripal: at the time of writing, it has not even been formally established what substance was used during the poisoning. His own testimony may shed light on what happened – British law enforcement authorities confessed that Skripal previously appealed to them for protection.

The question remains – why would Russian authorities poison a spy that was formerly in their possession already, using a nerve agent that apparently leads right back to Russia, on the eve of the Presidential elections and the FIFA World cup?

Something surely doesn’t add up.

Thousands of children disappear from Sweden

Two Years Later: The Skripal Case Is Weirder Than Ever

Anti-diplomacy: May tells Putin that England does not want normalized relations with…

Stickyleaks: Why are Russia Today & Wikileaks colluding in the DNC…