Bombings by the US, France and UK failed to reach Syria objectives

So far there have been no reports of deaths, injuries or major damage to the infrastructure of the bombed cities.

At 3:50 am on the morning of April 14, 2018, the US, France and the United Kingdom bombed the cities of Damascus and Homs in the Syrian Arab Republic. The pretext of this bombing was due to an alleged attack with chemical weapons of the Syrian army against the city of Duma in East Ghouta, which according to the Syrian government, Red Crescent and Russian specialists, never took place.

Minutes before, the president of the United States, Donald Trump, informed through the media that he had ordered “the US armed forces to launch precision attacks against targets related to the Syrian chemical weapons factory.”

This attack comes a few hours after Russia and Syria declared the liberation of East Ghouta (in the peripheries of Damascus) from the terrorist groups.

In Damascus, capital of the Syrian Arab Republic, the missiles were directed to the military airport in Mezze, the 104th air brigade of the Syrian army, the Presidential Palace, the building of an educational and scientific research center in the Barzeh area and civil urban zones in the areas of Kiswa, Qtaifah, Mezze, Qasiumy and Basharqui in the peripheries of Damascus.

Bombing an educational and scientific center in Barzeh – Damascus.

The missiles did not reach any governmental infrastructure, nor were there any power cuts or public services, as some media reported.

The Syrian army acted quickly, being able to demolish the majority of the missiles to the cities of Damascus, Homs and Hama, that according to American officials were between 100 and 120 Tomahawk cruise missiles and other types of bombs thrown against Syrian military objectives.

Syrian sources reported that RAF planes from Trento, United Kingdom, left a Qatar air base and penetrated Syrian territory through Jordan’s airspace. They also fired missiles from a US military base inside Syria and from an openwork vessel in the Mediterranean Sea.

For its part, British Prime Minister Theresa May reported that she authorized the Armed Forces to carry out coordinated and selective attacks together with her American ally: “I have done it because I believe this action is in the national interest of the United Kingdom.”

Also the president of France, Emmanuel Macron, justified the attack arguing that “we strike the chemical production capacities of the Syrian government.”

The military operation lasted approximately 50 minutes and according to reports from different government sources, military officials and journalists stationed in Damascus, USA, France and the United Kingdom failed to achieve their objectives of intimidating the Syrian people and government, due to the timely response of the army, Syrian air force and for “the early warning transmitted by the Russians of the attack”.

So far there have been no reports of deaths, injuries or major damage to the infrastructure of the bombed cities.

This warlike aggression by the US, France and United Kingdom violates international laws and adds to the record of unjustified wars. The end of the aggression was announced by the Pentagon from Washington.

Minutes later the people of Damascus took to the streets to express their support for the government of President Bashar al-Assad, the Syrian army and to tell the world that Syria is now more sovereign than ever. 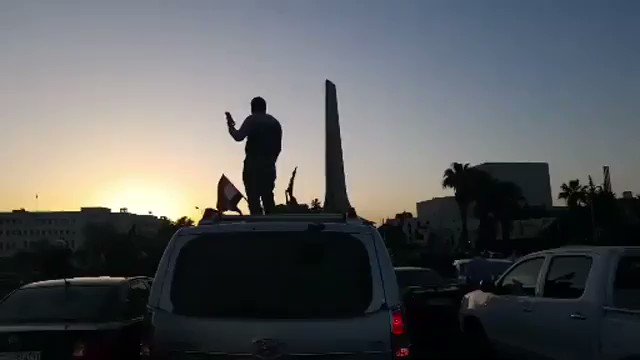 Javier Alexander Roa is a Venezuelan writer, residing in Damascus, capital of the Syrian Arab Republic.

US suffers loss of prestige after $200mln misfire in Syria

On the situation with minor languages in Russia – Konstantin Zamyatin