HOMS, Syria – It has been confirmed that Iranians have been murdered and injured by Israel’s overnight airstrike on Syria’s T-4 military airbase in eastern Syria.

A total of two Iranian soldiers and another seven were injured by the three missiles that were not intercepted and launched by Israeli warplanes from Lebanese airspace, the Russian Federal News Agency reported.

Claiming to quote journalists on the ground, the Russian Federal News Agency has reported that two Iranian servicemen were killed and another 7 injured has a result of three missiles striking the Syrian airbase.

The Syrian Observatory for Human Rights claims that 14 military personnel were killed in the Israel missile strike that hit the airbase in the desert regions of Homs countryside.

Israel did not warn Russia directly that it would attack Syria

On the Heels of Austria and Germany Locking Down the Unvaccinated, EU Leader Calls…

One would expect that Iran, Syria and Russia would have anticipated and prepared for such an event in advance. Time for Iran to arm their proxies in Lebanon with missiles to take down Israeli jets that fly in Lebanon airspace, unchallenged.

Lebanese airspace should have been closed down to these gangsters years ago,the Vietnamese knew how to combat Imperialist air power,with Russian help they built a integrated air defence system which resulted in hundreds of US jets downed,its the only language the criminals understand.

Well what else, when RussiaI did not do it. I am beginning to change my opinion on Russia. Their all talk no action seems to be becoming a reality.

The west wants war. That is the problem, and that is exactly what Russians know, and they are acting according to that knowledge. If full scale war starts in Syria, it is game over for all of us. Can anyone imagine, USA killing hundreds of Russian soldiers with air strikes, and then Russia sinks an aircraft carrier with over 5,000 personal? That is the end… I truly hope that Putin and his partners do everything possible to avoid such a full scale conflict.

I think a lot of us have been thinking about that rather a lot recently. Funnily enough, I concur with the Americans on this one: they need a bloody nose. It occurred to me with the talk of giving North Korea a bloody nose. Not that DPRK needs it. They know one whole hell of a lot about blood(y noses) and death and the extermination of ~1/3 of their population. America, however, doesn’t. While spending all their money and fighting just for the sake of fighting (‘To teach lessons.’) they’ve never really experienced a modern war. What they need is a bloody nose. If a couple of their cities ÔÇô not on a scale like they unleashed in Korea; they’re not a hardened or strong people; they wouldn’t survive a full-scale attack ÔÇô were to be vapourised by a couple of nukes, say 10-20% of their population (NOT 30-40%, like in North Korea) not necessarily the biggest cities, like New York and LA, but if a couple of smaller cities, say San Diego and Charlotte, NC (and maybe a couple more, like Houston and Chicago, just for good measure) I bet you they would just shut the fuck right up. Have you ever seen a schoolyard bully get a bloody nose? They go crying home to Mummy. I think we should be doing more to encourage Kim Jung Un to take out Chicago and Houston, maybe Portland and Seattle. This is Uncle Sam’s/John Bolton’s thinking. Maybe we should be listening more carefully to what they’re saying about themselves with this? They’re not ALL stupid and even the stupid ones have some good ideas. In this case, I think, they’re right: they NEED a bloody nose.

Say that to a Russian, I dare you.

Well, actually, the sanctions probably aren’t as damaging as you might imagine. They’re certainly not as inconvenient as their creators would like to believe. In a way, they’re rather fortuitous: it would have been bloody hard work for Putin to bully his people into rolling up their sleeves to get on with some real work and stop buying imported parmesan. He could have done it, and the people would have supported him, but it would have given the 5th column a big boost. (Not that it’s any real danger. No-one in Russia can imagine how people in the West can be imperceptive enough to consider Navalny as someone of a calibre anywhere near Putin. The same obviously goes for Sobchak, etc. They’re never going to get elected.)

Still, I’m sure Putin appreciates having had much of this onerous task done for him by the Americans. His ministers keep saying (things like), ‘If the current situation with sanctions continues, efforts at import substitution should continue to make up the shortfall, thus making the economy and nation stronger.’ After the decades of trying to fit the square peg of the Russian economy into the round hole of capitalism, this is a novel innovation. The Russians are very good at adaptation. They’re making the most of it, building a better country, and things are actually going very well. Why did you think the political fruitcakes in the NATO Axis are so frantic? They’re losing. Russia is actually winning this war. Shouldn’t be much longer now: it will either turn violent or change when the Americans come to terms with their loss of hegemony. Of course the stupid ones want the violence, but they’re not ALL stupid. (It’s just the ones who cultivate Uncle Sam moustaches!) There was a time when America was a healthy, constructive nation; there was a time when the shoe was on the other foot!

Globalisation is dead, long live (but only as long as necessary and no longer) the multipolar world!

Yeah, right… I’m sure John Bolton and associated fruitcakes would just snooze right through that one (NOT)!

Israeli influence must be eliminated.

The Zionazis are completely insane. Time for ‘Jews’ to rid themselves of these Lunatics. 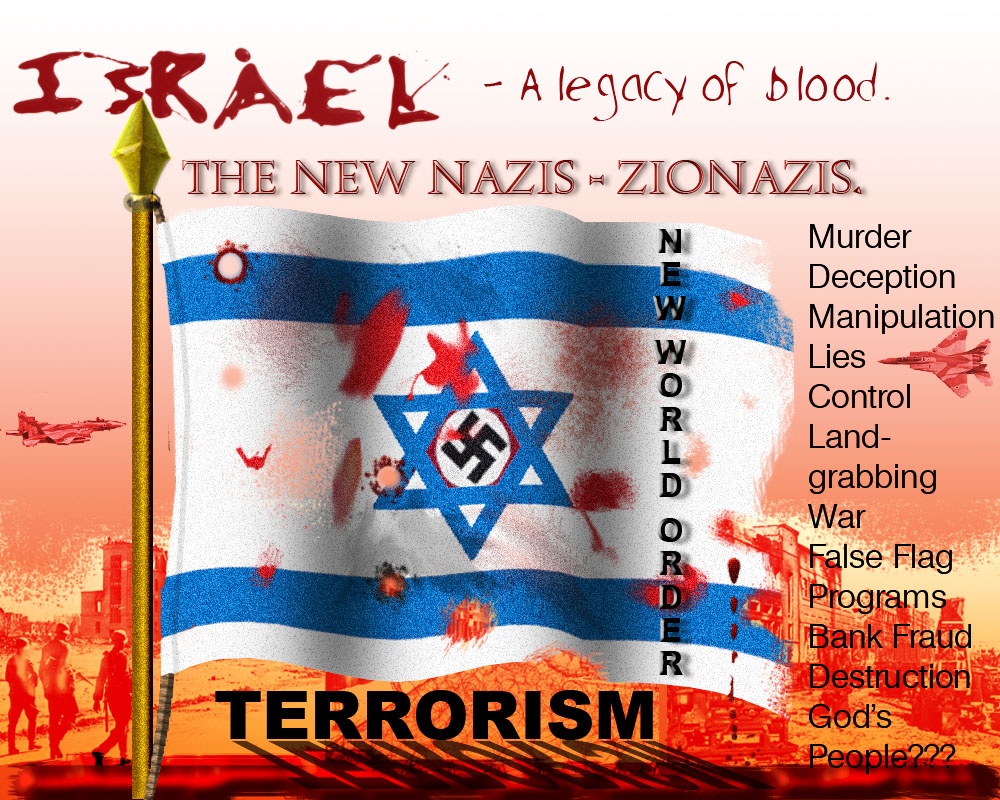 […] whether any person nonetheless thinks that Russia and ÔÇ£IsraelÔÇØ arenÔÇÖt allies. This time, just like just about every solitary other time that “Israel” struck Syria, Iranian […]