Given the track records of both, this is certainly no 'Sophie's choice'

Demir also commented on information about the likely US sanctions against Turkey due to the purchase of S-400s. According to him, despite this information, the leaders of Turkey and Russia have made a clear decision.

“This is not child’s play, to say one thing today, and another tomorrow. Another scenario would contradict the principles of the State and the position of the SSM … It is especially important to make independent decisions and carry out a policy in the interests of our country. We hope Turkey’s allies will not mix one issue with another and assess the situation with common sense,” concluded the senior Turkish official. 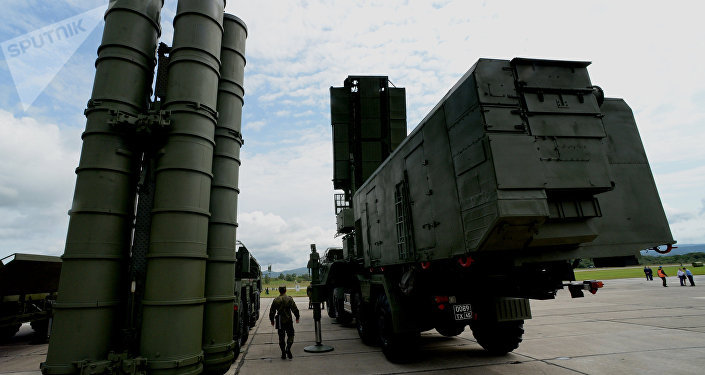 Earlier, Washington warned of likely sanctions against Turkey in the event of the purchase of S-400’s by Ankara. The United States said that it may not to carry through with the earlier discussed supply of F-35 fighters to the Anatolian state. However, even as of today May 9th, Turkey’s daily Hurriyet reported that the US still intends to deliver the first of 30 F-35’s without preconditions by June 21st, in a ceremony that the paper reports will be held in the US.

These are apparently conflicting reports, which FRN will follow up on in our future reports on the subject.

Anadolu has reported that in response to alleged US warnings that the F-35 delivery will be halted, Turkish Deputy Minister Mevlut Cavusoglu promised that ”if Washington blocks the supply of fighters, Ankara will retaliate.”
Sputnik Turkey inquired about Ankara’s likely response in an interview with Berat Conkar, deputy of the Turkish parliament, and Erdogan Karakus, retired Lieutenant General. According to Conkar, Washington’s likely sanctions against Ankara “would not reflect the understanding of friendly relations between NATO members, and would negatively affect relations between the two countries that are experiencing a turbulent period.” The deputy stressed that for him “it is a completely meaningless initiative”.
In addition, Conkar argued that US initiatives will lead to the internal division of the alliance as well as the emergence of tensions within NATO.
According to him, if Washington imposes sanctions against Ankara, “Turkey will remain committed to the projects carried out jointly with its allies, however, should Turkey face unfair and unacceptable behavior, Turkey may come to study alternative options for collaboration in the area “.
He said he believed US sanctions would “bring considerable losses to the United States,” as the two countries are going through a period in which everyone must contribute to the security of the Middle East as well as the world.
“Any irresponsible steps on this path will not remain unanswered,” he said.

While FRN has no reason to doubt the veracity of Anadolu’s quotes, it has been identified as often-times promoting a pro-Russian vector within Turkish media.

Retired Lieutenant General Erdogan Karakus said that, as part of the joint production of the fighter jets which the Turkish aerospace company (TAI) participates in, several companies in the country produce spare parts for the F-35, and in the event of sanctions against Ankara, the production of the parts in the country can be suspended. According to Karakus, the total refusal to supply the F-35’s to Turkey is unlikely, however, the deadlines for the sale of the fighters may be delayed.

“The forces that are against Turkey will use this situation to create additional problems and at least try to interrupt delivery times. As for the probable steps of Ankara, the situation in the country does not allow a hastening of production deadlines for its own airplanes. The first Turkish-made model of domestic aircraft is expected to be tested in 2023, however, the aircraft will be put into service after 2030,” he said.

In December last year, representatives of Russia and Turkey signed a contract in Ankara to supply Russian S-400 air defense systems. Ankara will buy two batteries of the same system whose maintenance will be carried out by Turkish experts. 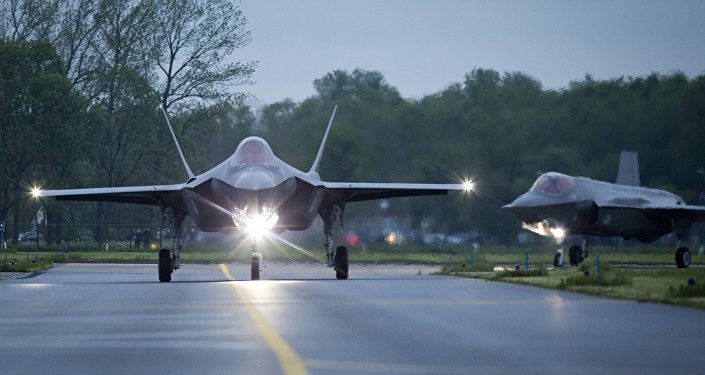 In addition, the two countries have combined technology collaboration in this area to develop the production of air defense systems for Turkey.

Washington was concerned about the purchase of S-400 systems by Turkey. The Pentagon said it was ready to offer its NATO partner alternative anti-aircraft missile systems, “compliant with Atlantic Alliance standards.”
In addition, US Secretary of State Wess Mitchell said the purchase of the S-400 by Turkey could negatively affect the supply of the F-35s to Turkey.

Massive problems that have plagued the F-35 program, where many experts have concluded that the F-35 is a step-backward and serves no doctrine-specific need in the military as a multi-role fighter. On the other hand, given the technical superiority represented by the S-400 anti-air system, it would seem that Russia is rational to have no problem with Turkey acquiring F-35’s while the US finds itself in a state of discomfort over the spectre of a Turkish state – drifting out of NATO – acquiring the S-400 system. The S-400 is universally understood to be the most advanced anti-air systems in the world.

Who did Forbes declare as the World’s Most Powerful man?

Russian Colonel Zhilin: ‘This is Erdogan’s War Against Russia For The…