By Roman Shimayev, Marianna Chursina – Beijing is extremely outraged by the actions of the United States, which imposed restrictive measures against China because of military-technical cooperation with Russia.

This was stated by the official representative of the Ministry of Foreign Affairs of the People’s Republic of China, Geng Shuang

According to the diplomat, China has already made a sharp introduction to Washington and demands immediate lifting of restrictions.

Under the restrictions of the United States are the Department of Armaments Development of the Central Military Commission of the People’s Republic of China and its leader Li Shanfu.

The introduction of restrictions was due to Beijing’s purchase of Russian Su-35 fighter aircraft and S-400 Triumph air defense systems. The Council of Federation called the US actions unfair competition and the desire to impose a unipolar world on humanity, beneficial to the American side. According to experts, Washington’s sanctions policy harms relations with its allies. 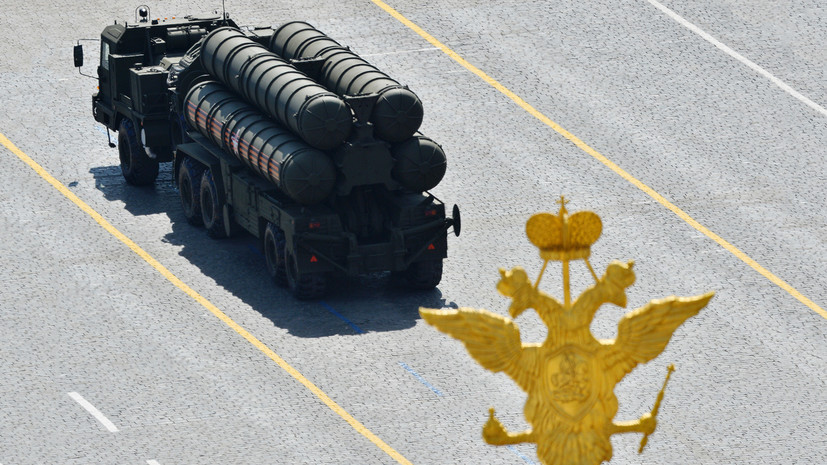 The United States grossly violated the basic principles of international relations when it imposed sanctions against Beijing for its cooperation with Moscow in the defense industry.

This was stated in the Ministry of Foreign Affairs of the PRC. In addition, Washington’s position is seriously damaging relations between the armed forces of the two countries.

“The Chinese side expresses its extreme indignation with the above actions and has already made a sharp presentation,” RIA Novosti quoted Chinese Foreign Ministry spokesman Geng Shuang.

The diplomat also threatened Washington with consequences if financial constraints were not lifted immediately. At the same time, the strategic partnership between Moscow and Beijing, he said, will not undergo any changes.

The Russian Foreign Ministry also added that the sanctions turned into a “national pastime” for the United States. As Russian Deputy Foreign Minister Sergei Ryabkov noted, no one will ever dictate to Russia their conditions. The Russian diplomat said:

“We recommend that the Washington operators of the sanctions vehicle at least superficially get acquainted with our history in order to stop fussing about in vain.

It would be nice for them also to recall the notion of global stability, which they thoughtlessly rocked by the escalation of tensions in Russian-American relations. To play with fire is silly, because it can become dangerous, “

Sanctions for transactions with Rosoboronexport

On Thursday, September 20, the United States, under the Law on Countering America’s Enemies through Sanctions (CAATSA), imposed restrictive measures against the weapons development department of the Central Military Commission of the People’s Republic of China (EDD) and its leader Li Shanfu.

This is stated on the website of the US Treasury.

The basis for inclusion in the sanctions list of the Office for Control of Foreign Assets was the purchase from the Russian side of Su-35 fighters and S-400 Triumph anti-aircraft missile systems.

“The US Secretary of State, in cooperation with the head of the Ministry of Finance, imposed sanctions in accordance with section 231 of CAATSA v. EDD and its director Li Shanfu for taking part in major deals with Rosoboronexport. This concerns Russia’s delivery of Su-35 military aircraft to China in 2017 and equipment for S-400 systems in 2018, ” State Department spokesman Heather Nauert said.

Recall that Beijing was the first who signed a contract with Moscow for the supply of S-400. This happened in November 2014.

Thus, now the defense ministry of the People’s Republic of China is denied export licenses, it is forbidden to conduct currency transactions in the American financial system, and all property in US jurisdiction is also blocked. In addition, Shanfu is prohibited from entering the territory of America, and his accounts and property in the US are frozen.

Note that Washington first introduced financial restrictions on article 231 of the CAATSA law for cooperation with the Russian Federation in the sphere of the military-industrial complex. Meanwhile, as a high-ranking representative of the US administration said, other states may be hit in the near future.

“As for other potential buyers of the S-400, we have not yet made any conclusions on this matter, but you can be sure that a huge amount of time was spent talking about the alleged purchases of these types of equipment with interested persons from all over the world. We made it clear that the acquisition of these funds will entail serious consequences under the CAATSA law,” the official said.

At the same time, Washington indicates that the task of such sanctions is to hold Russia accountable for its “malicious activities”, and not to undermine the defensive capabilities of other states.

“We hope that this step will become a signal that relations with these people can lead to sanctions, and this will force others to think twice,” explained a senior US administration official.

The United States has been trying to prevent cooperation of other states with the defense industry of the Russian Federation for more than a month. At the same time, the number of countries interested in acquiring Russian equipment, in particular, S-400 systems, continues to grow. 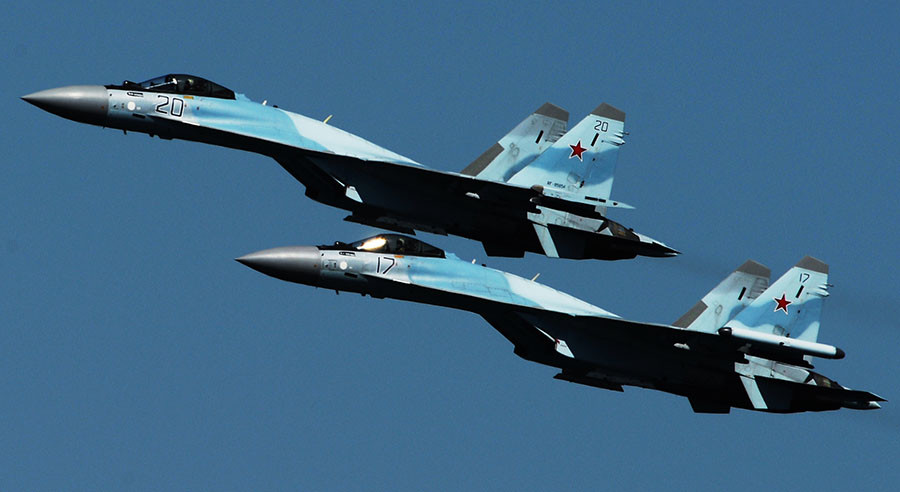 So, soon delivery of the S-400 systems to Turkey should take place.

“Turkey has a need for Russian S-400 surface-to-air missile systems. With this agreement the issue is resolved. We hope that we will receive them as soon as possible,” said President of the country Recep Tayyip Erdogan.

In addition, in July the relevant contract was agreed upon by the Defense Procurement Board of India. Dmitry Shugaev, head of the Federal Service for Military-Technical Cooperation, said that Moscow expects to begin delivering S-400 in India by 2020.

At the same time, Russia has an analogous agreement with Riyadh. It was concluded in October 2017 in the framework of the first ever visit of the King of Saudi Arabia Salman bin Abdul-Aziz Al Saud to the Russian Federation.

“Sanction policy of the US turns allies away from them”

Experts of the Center for Security Studies of the Russian Academy of Sciences, political scientist-Americanist Konstantin Blokhin believes that China will become the absolute leader in the sphere of economy by the middle of the 21st century. In this regard, he recalled the words of the head of the State Department, Mike Pompeo, who said that the PRC is even more of a threat to the United States than the Russian Federation.

“And that’s why the Americans are now taking a course toward China’s economic containment. It is clear that this will be accompanied by an even greater strengthening of military and political deterrence, but so far the economic sphere is predominant. While the policy of the sanctions regime is the main tool of Washington,” Blokhin said.

He also noted that the United States bets in the Asian region on India, which, according to Washington’s plan, should become a counterbalance to China. However, America is ready to impose financial restrictions on this country for cooperation with Russia.

“Now they will try to finance, help and create such an anti-China bloc with the involvement of other allies – Japan, Vietnam and so on. But if they use sanctions against S-400 against India, then New Delhi may turn away from Washington. And it will, I think, be a very blatant mistake,” the expert said.

Speaking about Turkey, Blokhin stressed that Ankara has long been knocked out of the American coalition. At the same time, according to him, relations between the countries deteriorated in 2016, when Washington failed to realize the military coup in Turkey.

“Erdogan’s ambitions are not built into the strict logic of the NATO alliance and do not fit into Washington’s interests. Therefore, I think that such a sanctions policy will only force former and current Washington allies to withdraw more and more from the American influence and try to conduct their more independent course.

It is clear that such a center of attraction in Eurasia will be the Russian-Chinese partnership,” the analyst concluded.

In turn, RISS expert Vyacheslav Kholodkov, in an interview with RT, said that the US actions are in line with the national security strategy, which was signed by Donald Trump in December 2017, in which Russia and China were the main rivals of America. He added that attempts to deter competitors, in particular, Beijing, will affect more and more new areas.

“There are several goals. The priority is to stop the rapid scientific and technological development of China, which threatens the monopoly position of the United States in the international arena, as well as in political and economic relations. Secondary is the creation of preferences for US companies in the military-industrial complex in the fight against Russia,” Kholodkov stressed.

In Moscow, Washington’s imposition of sanctions against Beijing for cooperation with Rosoboronexport was called “weapon of unfair competition”.

This was stated by the head of the International Committee of the Federation Council Konstantin Kosachev.

“The US Ministry of Finance included in the Russian part of the sanctions list under the CAATSA law also the equipment development department of the central military commission of China and its director Lee Shanfu for the purchase of Russian military equipment, in particular, our fighters. Everything is completely banal. Sanctions as a weapon of unfair competition – all of this we well remember even on the “North stream – 2”, wrote the senator on Facebook.

In turn, the head of the Federation Council Committee on Information Policy Alexei Pushkov noted that the US is trying to impose its own vision on the world, which will benefit only it and their allies.

“The invasion of Iraq and Libya, the ruin of Syria, the sanctions against Russia, Iran, China, the threat of sanctions against India, Turkey, etc. – this is the” brave new world “that the US is trying to impose on everyone. A single-pole world, profitable only for them and their satellites – and no one else, ” noted Pushkov in his Twitter.

Translated exclusively by and for FRN

REDE GLOBO IS THE CRISIS of CORRUPT BRAZILIAN ATLANTICIST MEDIA