By Andrey Ontikov – Jordan may become the new victim of ISIS, writes the prominent American outlet, The National Interest. With the weakening of the positions of the group in Syria and Iraq, it is here that a significant number of terrorists can go, and they will fall on more than fertile ground. We figured out how likely such a scenario is, why the Hashemite Kingdom in this case will pay the price for the policy of its allies and how it will complicate the Russian operation in Syria.

Russian politicians, military and diplomats periodically sound the alarm about the possible destabilization of the situation in various parts of the world after the defeats that extremist groups suffer in Syria and Iraq. The terrorist international, which has flooded these two countries since 2011, will now return home – with combat experience behind them and heads that are not cool. According to the Russian Defense Ministry, we can talk about 50 thousand militants from 100 countries. In the area of ​​particular risk – the states of the Middle East, the EU and Southeast Asia. 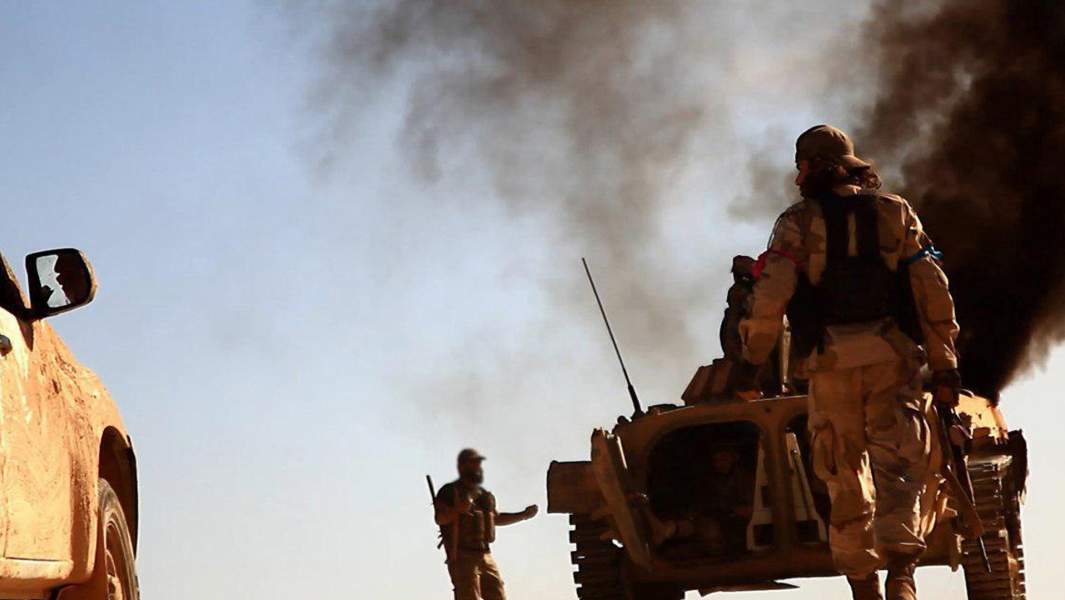 The problem is recognized at the expert level in the United States. So writes Emily Przyborowski, an employee of the American Council on Foreign Policy, writes in her article in The National Interest that ISIS militants can find a safe haven for themselves in neighboring Syria and Jordan Iraq. According to her, in the ranks of the militants fought 3 thousand. As citizens of the Hashemite Kingdom of Jordan, 250 of them have already returned.

The author recalls that as recently as August of this year a terrorist act was already committed in the country. Then, the militants laid a mine under a patrol car in the city of Fuheys, located 12 km from Amman. The explosion killed one member of the security forces. The next day, Jordanian special forces conducted a counterterrorism raid. During the assault on extremist asylum killed four more law enforcement officials. 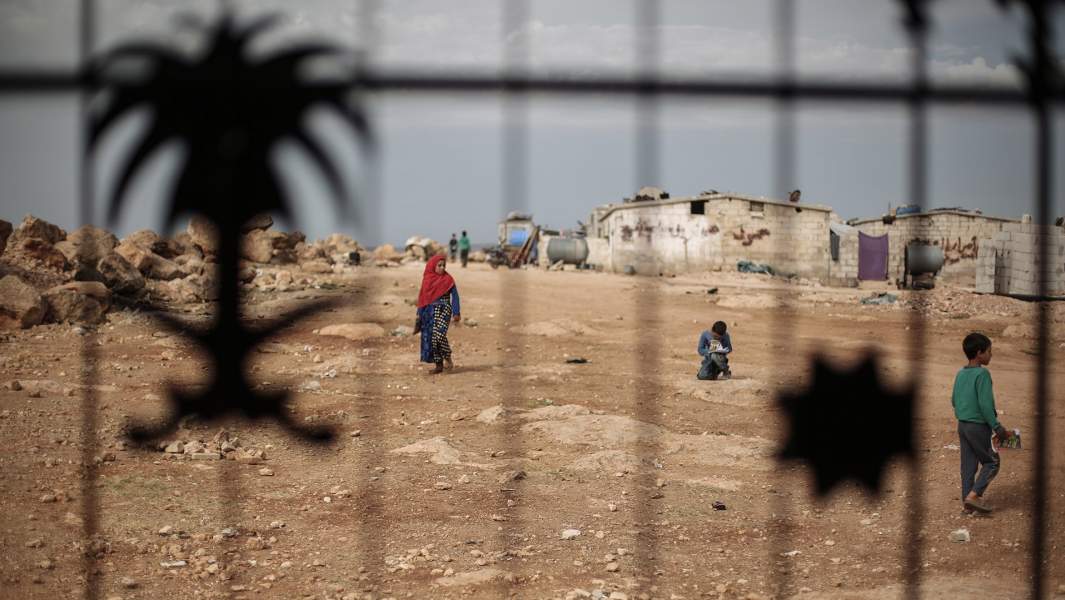 Syrian refugee children in the courtyard of a temporary school built in an old mosque in the eastern part of Idlib province
Photo: Global Look Press / Anas Alkharboutli / dpa

At the same time, Emily Przyborowski indicates that in March of this year, the United States, together with Jordan, opened a training center to counter terrorism to the south of the kingdom’s capital. But, judging by the terrorist attack in August, its effectiveness is still in doubt. In addition, the author of the article diplomatically closes his eyes to a number of external factors, due to which the kingdom was facing a new threat.

Jordan – a country that does not have such a number of minerals, like many of its neighbors. Consequently, these resources Amman is forced to acquire abroad. The economy of the kingdom is largely dependent on foreign aid, primarily Saudi and American. But despite this, the country and its population are still very poor. Recent attempts by the authorities to raise income tax have led to thousands of protests that cost the office of Prime Minister Hani al-Mulka.

The difficult economic situation only contributes to the potential growth of extremist sentiment. And not only. In some cases, people are going to fight in Syria and Iraq, not because the Islamist ideology is close to them, but solely for the sake of wages for participating in hostilities that are paid by foreign sponsors of terrorists. The latter understand: money for newly-fledged militants is either a good alternative to low salary in their homeland, or even a chance to cope with the hopelessness associated with unemployment. 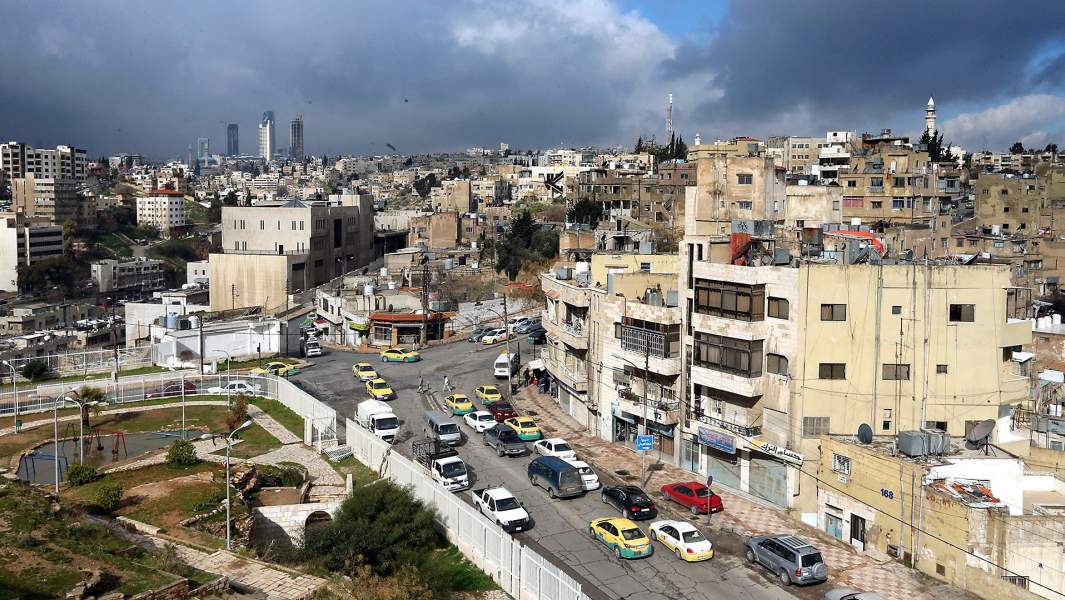 As for the Syrian crisis, Amman became an unwitting participant in it. Experts note that the last thing the kingdom’s authorities are interested in is to destabilize the situation on its borders. Jordan began to reap the fruits of foreign adventures when refugees poured into its territory. According to the UN, as of February of this year, there were 89 forced migrants per thousand residents of the kingdom, and their total number was 740 thousand: 657 thousand from Syria, 66 thousand from Iraq, and the rest from other countries.

The content of such a large number of people fell heavily on the shoulders of the Jordanian authorities. It is not just about allocating money, but also about creating camps for the accommodation of refugees, as well as jobs for them. Nevertheless, the majority of internally displaced people live on less than $ 3 a day, which is another stimulus for the growth of extremist sentiments – only now among those whom Jordan has sheltered in their territory. Actually, reports about the recruitment of militants in refugee camps appeared in 2013.

And this is not to mention the fact that the kingdom is traditionally one of the main bases for the radicals in the person of the Muslim Brotherhood. And they terrorized Syria for several decades ago, leaving after committing attacks back to Jordan. Soviet military experts were also attacked. At the same time, the authorities in Amman already could not do anything about it , citing the fact that the “Brotherhood” is controlled by the CIA.

Extinguish the fire with gasoline

What Emily Pshiborovski did not mention in her material was about how the United States, which in the article is presented as Amman’s defenders against terrorists, trained these same terrorists right on the territory of the kingdom. We are talking about the program for the training of American fighters instructors “moderate opposition”, launched in 2013. True, later in Washington they recognized its inefficiency, since only a few dozen militants were able to prepare for the spent $ 500 million.

But the problem is also different: as part of the program, the rebels were also supplied with weapons, which were partially plundered by the Jordanians themselves and turned out to be on the black market, and partially sold by “oppositionists” to ISIS terrorists. As is clear, the likelihood that such actions will ricochet in the future around Jordan itself only increases. 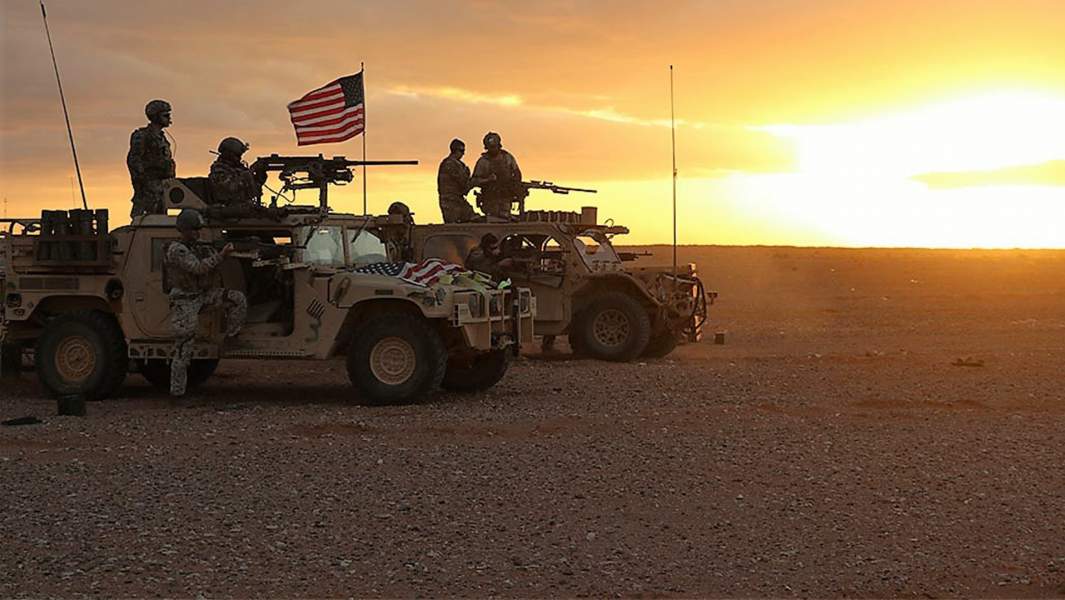 US military at military base at-Tanf
Photo: US Department of Defense Press Service / defense.gov

And of course, it is worth remembering that the American military base at-Tanf and the Rukban refugee camp are located on the Syrian territory, at the junction of the borders with Iraq and Jordan. Around them is the 55-kilometer “security zone”, which the United States declared a closed territory. What happens there remains a mystery to the general public. The Russian Defense Ministry recently said that the United States was training armed units there. And this accusation is fully justified: it is from the area of ​​the at-Tanfa militant group that various Syrian settlements are constantly attacking.

To say that the leadership in Amman is not enthusiastic about all this is to say nothing. But, given the volume of foreign economic assistance, it does not have to choose. As they say, the one who pays is the one who tells the band what to play.

Pawn in someone else’s game

The prospect of turning Jordan into a safe haven for terrorists is no good for Russia either. Globally, this is another hotbed of instability in the Middle East, which is already enough. And in the context of the Syrian crisis, we can safely expect that the kingdom will turn into a rear base for militants. And something suggests that it will be much more difficult for Moscow to get an invitation to liquidate them from Amman, rather than in the case of Damascus – even despite the warm friendly relations between President Vladimir Putin and King Abdullah II.

On the other hand, it is unlikely that the leaders of ISIL or other terrorist groups will determine whether they should destabilize Jordan or not. Single attacks and attacks are still in their power, but globally, decisions will be made at a different level. 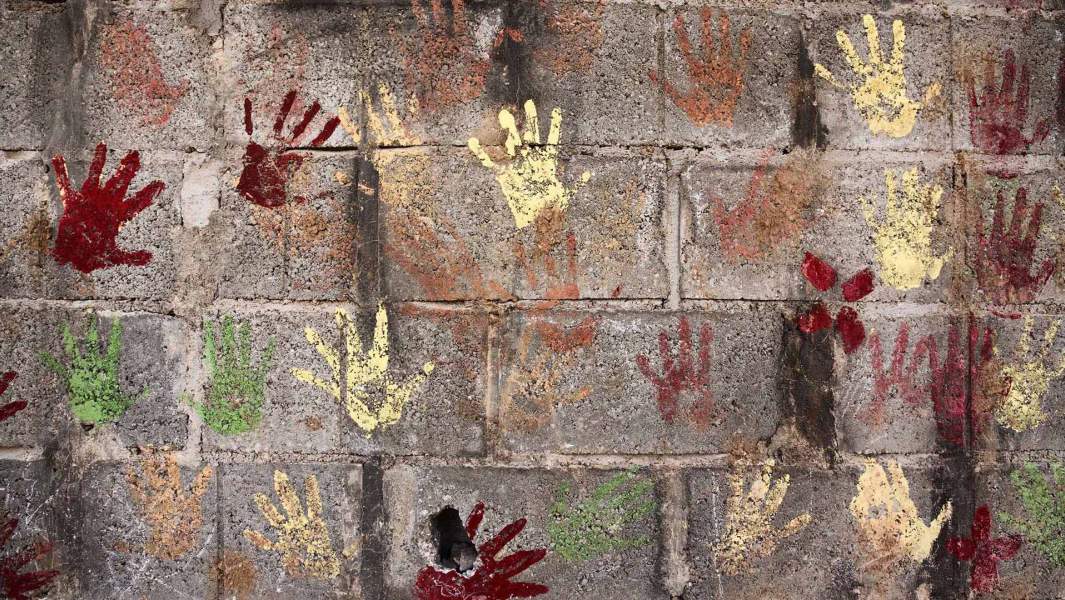 Imprints of children’s hands on the wall in one of the camps for Syrian refugees in Jordan, 10 kilometers from the Syrian border
Photo: Global Look Press / Gabriel Romero / ZUMAPRESS

And here you just need to remember that the preparation of the militants of the opposition, which is not very different from ISIS, in the territory of the kingdom was done by the Americans. The situation in Rukban is controlled by the USA. Earlier, the Defense Ministry accused Washington of faking the fight against ISIS on the eastern bank of the Euphrates – the remaining small stronghold of militants cannot be eliminated for several months.

There are plenty of facts pointing to cooperation between the United States and extremists, the Russian military. And the leader of the terrorists, Abu Bakr al-Baghdadi, was once in a US prison in Iraq, and after his release, the group he headed now began to rise rapidly. So Jordan, if it risks anything, is to fall prey to some new “geopolitical project” of Washington: he, as practice shows, gets rid of allies with the same ease as he does from enemies.

ISIS in this case will be only a means, but not the main actor.

BELARUS: WE’RE WITH RUSSIA AND WILL RESPOND MILITARILY IF POLAND HOSTS U.S BASE