ISTANBUL – Twitter users have published pictures of the US destroyer USS Donald Cook, which last night entered the waters of the Black Sea.

The shot shows how the ship passes through the Turkish Bosphorus. As stated, it will conduct “routine operations” in the region. According to the Ukrainian Naval Forces, the American destroyer will arrive in the port of Odessa on February 25, writes the Russian language version of RT . 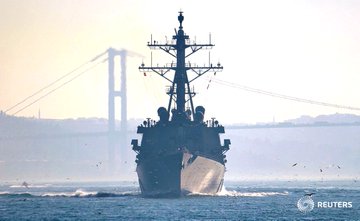 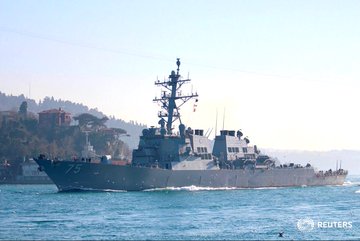 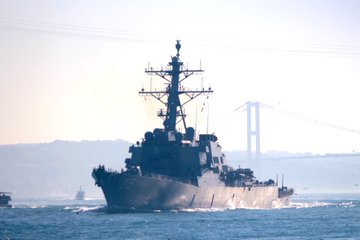 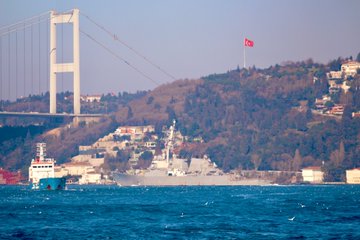 On February 19th, as soon as the destroyer USS Donald Cook entered the water area of ​​the Black Sea, the  Black Sea Fleet of Russia, the small Orekhovo-Zuevo missile corvette and the Ivan Hurs reconnaissance ship, set up the surveillance .

Exactly a month ago, this same American ship entered the Black Sea under the pretext of “an operation to ensure security and strengthen stability together with NATO partners and allies in the region.” Then, Alexey Pushkov, the head of the interim commission of the Federation Council on information policy, spoke out critically about this. The senator noted that “American warships were often in the Black Sea,” and recommended that they “ stay away ” from the shores of Russia.

On February 14th, NATO Secretary General Jens Stoltenberg said that NATO could expand its presence in the Black Sea. According to him, all members of the alliance provide Ukraine with political and practical support and are considering what else can be done for this. The warships of the member countries of the military organization, as well as the USA, began to appear regularly in the water area after the Russian side detained Ukrainian ships and their crew members for the illegal invasion of the territorial waters of the Russian Federation in the Kerch Strait.

Black SeaescalationNavyRussiatensionsUSS Donald Cook
0 2,418
Share
Subscribe to our newsletter
Sign up here to get the latest news, updates and special offers delivered directly to your inbox.

Delusions or Lies? Poroshenko claims central role ‘on the ground’ at 2014 Maidan