Why the New Russian T-90M is worth two U.S Abrams

By Sergey Suvorov – from Zvezda, translated by and for FRN –

The new tank for the Russian army, the T-90M, is 2-3 times more efficient than its foreign counterparts in terms of its “Efficiency / Cost” indicator. The Ministry of Defense of the Russian Federation plans to adopt the T-90M tank this year and has already ordered the first batch of these vehicles . The website of the TV channel “Zvezda” explains what this machine is and why it is superior to foreign analogues.

The T-90M tank is a new machine, although everywhere it is positioned as a modernization of the T-90. The differences from predecessors – T-90 and T-90A tanks – the T-90M has a lot more changes than there were between the T-72B and T-90. 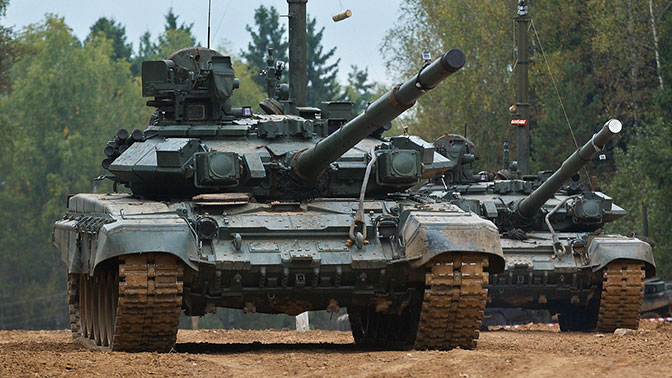 So, for example, on the “modernized” tank – new hull and turret, new cannon, electrical special equipment uses a new base, radically improved ergonomics.

In this regard, the extreme modernization of the “90’s” series could easily qualify for a different series name.

In this regard, in 2005, the Ural design bureau of transport engineering began, on its own initiative, the development of the modernization program for a new tank. ROC “Proryv-2” was referred to as the development of a “unified combat module.” After the military got involved in the work and they were given technical assignments for design and development work, the work began to provide for the modernization of the entire vehicle. The work was completed and in September 2011 presented it to the general review at the site “Starant” under the name “Modernized tank T-90S.” 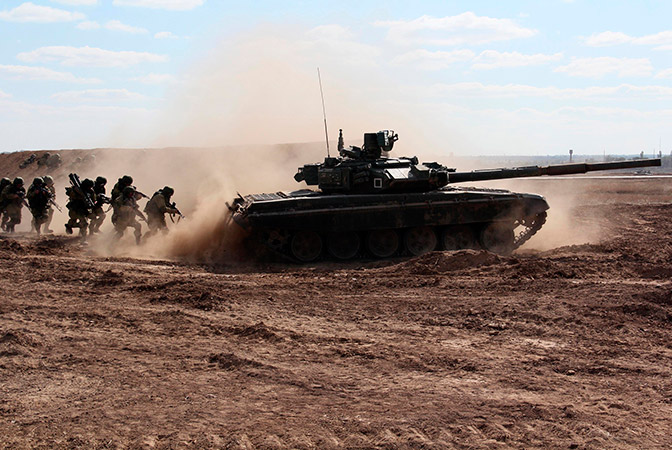 Nevertheless, work on the modernization of the tank was continued, but already in the framework of the new ROC “Proryv-3”. The main goal was to ensure a qualitative superiority over foreign tanks of the latest modifications: Abrams M1A2SEP (USA), Leopard 2A7 “(Germany), Leclerc S21 (France), K2 Black Panther (South Korea) and others.

Work on the modernization of the T-90 tank was aimed at improving the fire control system, improving search and observation capabilities and improving performance. However, the designers were able to improve all the main indicators of the tank’s combat effectiveness — defense, firepower, mobility, and command control. At the same time, in the design bureau, the development of a unified armored platform “Armata” and the T-14 tank, in particular, were carried out.

1. Security . Increasing the level of security on the T-90M tank was achieved through the introduction of a whole range of protection measures. Among them is the installation of universal dynamic protection (DZ) “Relic” modules on the body and on the tower, as well as on the side screens.

The “Griffin” chokes on our “Dryer”

The sturdy lower parts of the tower, as well as the sturdy part of the sides and the reinforced broneliste are covered with trellised screens. Inhabited compartments of the tank are covered from the inside with anti-shrapnel lining made of aramid-based fabric. The new defense is able to withstand in the frontal projection of any modern tank ammunition. 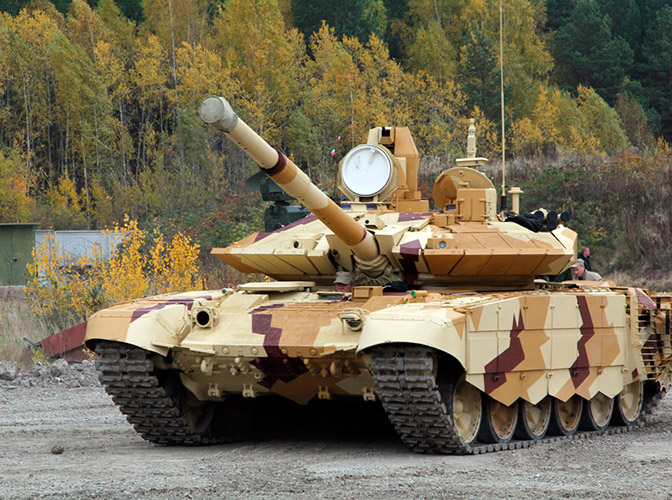 The built-in DZ of the T90M tank has a fully modular design, which makes it possible to promptly replace modules with a choice of different levels of protection, including depending on the conditions of use and the tasks performed.

The rational low-reflective architecture of the upgraded tank, combined with the use of a set of radio-absorbing materials, reduces the tank’s radar visibility by several times compared to the baseline.

In order to increase survivability, the placement of fuel and ammunition was optimized in the tank hull, screens were introduced to protect the crew, the ammunition and equipment from being damaged by a secondary stream of fragments, which was not the case with the previous T-72 and T-90 modifications.

In addition, the T-90M is equipped with a new automatic system for setting the curtain of the opto-electronic suppression system with an extended operating range.

2. Firepower . The firepower of the T-90M is enhanced by the inclusion of a new 125-mm cannon, a highly automated fire control system (FCS), a remotely controlled machine-gun installation, and ammunition with increased power of action on the target and an automatic loader.

The 125-mm smooth-bore tank gun has a 25-30% improved shooting accuracy and increased barrel survivability. Only an improvement in the accuracy characteristics of the tank gun made it possible to increase the effective range from it by 15%. 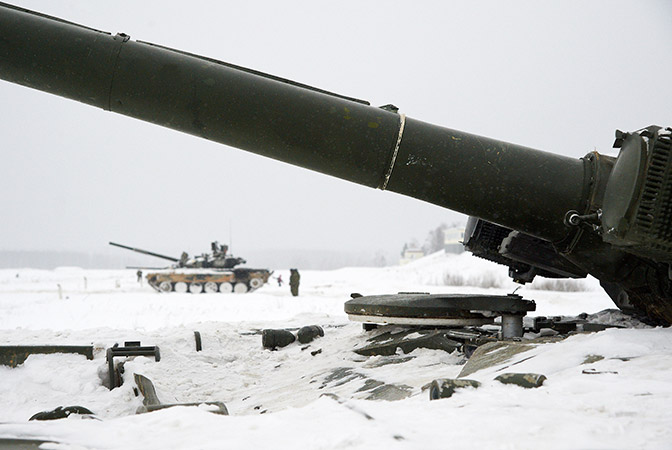 Highly automated control system “Kalina” is radically different from all the SLA that were previously used on domestic main tanks. For the first time in the domestic tanks, the tank commander received a panoramic sight and an external surveillance system coupled with the OMS with the ability to automatically transfer target designation from the commander to the gunner, which ensures the implementation of the so-called hunter-killer function.

3. Mobility. High mobility of the car provides a new diesel V-92S2F, developing power 1130 hp To reduce the fatigue of the driver when making marches and when controlling on the battlefield, an automatic gear shift system is used. To control the machine instead of the levers used the steering wheel. 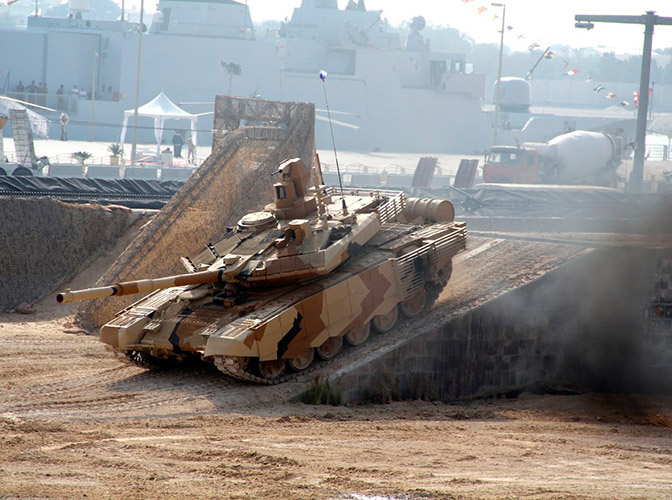 The T-90M tank is equipped with an onboard information control system (BIUS) chassis. The CICS provides for the prevention of breakdowns and accidents, as well as the extension of the service life due to the diagnostics of all systems, assemblies and components, as well as blocking possible incorrect actions of the operator.

4. Team manageability. In order to significantly increase the command controllability of the tank, the T-90M tank mounted a set of interaction control and equipment for the tactical-level automated control system. Through the multiplex channel of information exchange, this equipment, as well as the CICS, the OMS, the curtain system, the identification of “friend or foe”, the circular view and topographical orientation, as well as the new automatic loader are interrelated. 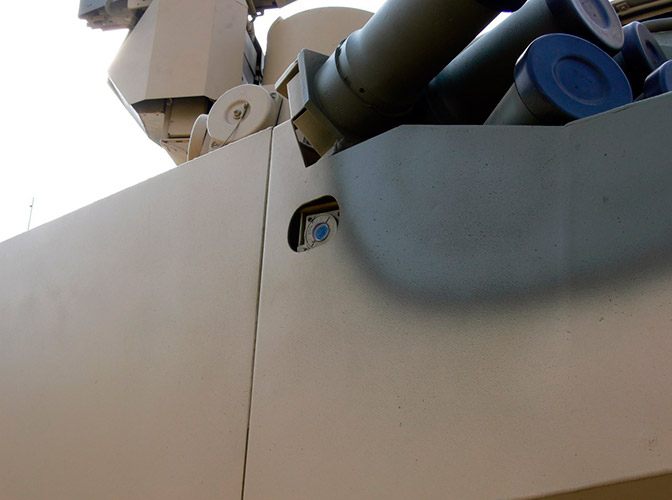 While maintaining traditional low-silhouette tanks for domestic, optimal mass, high mobility and high-speed ability to overcome the most difficult obstacles, the T-90M tank gained a modern level of protection and survivability, a “digital board” with high-performance multispectral sights, high-performance computers and multifunctional digital means of communication, improved ergonomics. 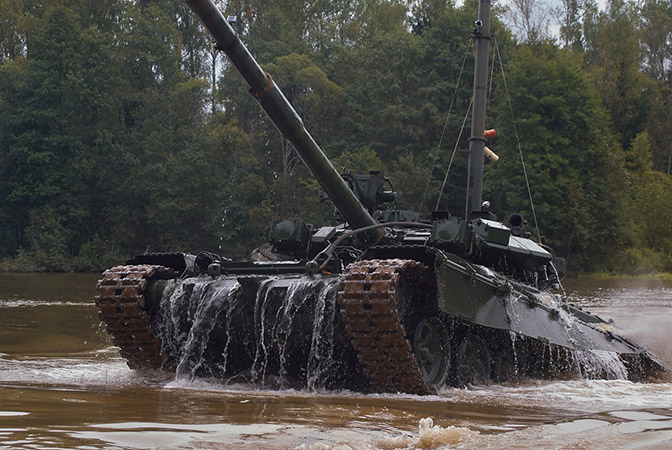 One of the most important indicators of the characteristics of modern combat vehicles today is the “efficiency / cost.”

T-90M has this figure 2-3 times higher in relation to modern foreign main tanks. In other words, the T-90M at a cost of approximately two times less than that of the Abrams M1A2 SEP, exceeds its combat effectiveness by one and a half times