By Dmitry Popov – The parade on Red Square on May 9th, always evokes a sense of pride in the country and its Armed Forces. But the parade is not only a tribute to memory and a demonstration of military power. It is also a big job in its preparation. The participants of the parade, as well as some surprises of the parade of 2019, according to the Russian pro-military outlet, the Army Standard, who interviewed Lieutenant-General Vladimir Trishunkin about the standard of the parade, as well as about some surprises of the 2019 parade.

– Vladimir Viktorovich, when does the preparation for the parade usually begin?

– I will tell you so – the preparation for the next parade begins when the last soldier, the last unit of equipment, leaves the Red Square after the parade the year before. We immediately begin to analyze the last parade, draw conclusions, determine the direction for further action.

The most time-consuming process, as a rule, is to efficiently and fully plan the provision of any event and, in particular, a military parade. Moreover, the parade is a state task not only for the Ministry of Defense, but also for other security agencies, the government of the city of Moscow.

The headquarters of the logistics of the Armed Forces of Russia organized the control and coordination of the military administration bodies for solving a variety of tasks: creating conditions for deploying parade crews, their meals, bathing and laundry services, providing parade clothes, transportation to training sites and the military parade itself , the delivery of weapons and military equipment, their maintenance both by the forces of the repair bodies of the Armed Forces, and with the involvement of industry.

Deep planning begins when we are given baseline data: the number of personnel involved, equipment – this is November. Although we have already started planning and the parade of 2020.

– The amount of work turns out to be quite significant …

– I’ll give you the numbers. The composition of the parade calculation this year – 13 thousand 690 people. From the Ministry of Defense of Russia – 11 thousand 735 people, including a marching column – 10 thousand 188 people, a combined military orchestra of 900 people, a mechanized column – 434 people, flight personnel – 173 people, salute gun crews – 40 people.

In the mechanized column – 155 units of equipment. From the Ministry of Defense – 139. And in total, taking into account the spare, 218 different machines are involved.

The parade of aviation is 74 main and 36 spare vehicles. 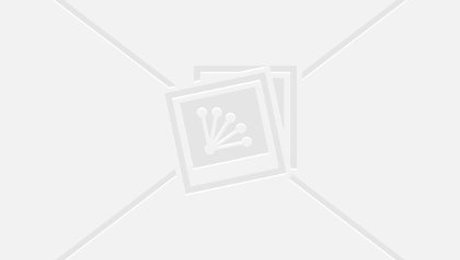 It was necessary to plan the required number of uniforms to provide for foot parade calculations (taking into account the reserve, it is required to provide more than 14 thousand troops); The required amount of fuel, as well as oils and lubricants of various grades to service all samples of the involved equipment. For example, you need 650 tons of diesel fuel and 38 tons of oils and lubricants.

It was necessary to prepare barracks and housing facilities and catering facilities, ensure transportation of nonresident parade calculations by various types of transport, including military transport aviation, train and buses, and also ensure the movement of military equipment by rail.

All these activities are now carried out in accordance with the concluded government contracts within the allocated budget funds.

– Is there a fuel limit for preparing for the parade? Is fuel allocated for combat training or from other limits?

– Preparation for the parade is an element of combat training, and fuel and lubricants are allocated within the limits allowed for combat training. Nevertheless, the allocated quantity is regulated taking into account the available experience for the qualitative preparation of a mechanized column.

– How is the life of the ceremonial calculations organized, which train in Alabin?

Particular attention in the preparation of accommodation and food paid to the ceremonial calculations Suvorov, cadets and female soldiers. Everything is done, on the one hand, in a military manner all the conditions are strictly and at the same time provided.

The personnel is delivered by comfortable buses. The site has all the necessary infrastructure, so that the soldier can rest, drink tea with sandwiches and so on. Nonresident parade participants – 7 thousand people – are comfortably accommodated. The conditions of life and life for them are excellent. Salad bars, showers, washing machines – all provided for the military. Probably, they are now more worried about the step of minted, and not about living conditions.

– The power of the parade calculations is organized according to the established norms, but from an improved range of products. Calorie ration – more than 4800 calories. This is enough for a person engaged in even very, very hard work. So there are no problems here.

And, as I have already said, we will also organize an intermediate meal – tea, sandwiches with cheese and smoked sausage. Moreover, for Suvorov, there are additionally sweets, for example, waffles and fresh fruit. This is in addition to breakfast, lunch and dinner. Deployed and trade support of the soldiers. If he wants to eat something else, he will approach the tent and buy it.

– Somehow they specially prepare a uniform for servicemen for a parade or is this the form in which they serve?

– Specially prepare nothing. The uniform at the rehearsal of the military parade on the ceremonial site of Alabina is defined as a field uniform. The only exception is the ceremonial calculations of Suvorov and cadets who train in everyday clothes.

The parade uniform will be put on by parade participants only at the dress rehearsal on May 7 and at the parade itself.

– What kind of clothes will girls have?

– We will have two “categories” of the fairer sex. Last year, if you remember, the costumes were completely white. This year will add blue and navy blue. Now, by the way, the issue of the guard of honor company is being resolved. There will also be girls involved. You could say the novelty of this year.

– How is it determined who goes in what form? Who in camouflage, who in the jacket?

– There is a certain scenario. The commanders of the kinds and kinds of troops come out with their proposals, an album is being compiled. He is approved by the Minister of Defense. We have to show the whole palette. Each type and branch of the army must stand out.

– The arrival in Russia of a large T-34 lot is to participate in the parade was widely advertised.

– I can say that the T-34 will participate. But to what extent, I will not disclose. Yes, the equipment is in very good condition, on the go. But we have something to show without it. It will be the most modern technology. And for many it will be a surprise.

– The question always arises, they say, tanks and heavy equipment will damage the roads … How was the route of delivery to the front platform of military equipment developed?

– Everything is calculated and agreed with us. Upon completion of joint training at the Alaba site, and they will end there on April 19, the mechanized column equipment will be moved to the prepared site on Nizhnye Mnevniki Street in Moscow. From there it will be put forward for training and the parade itself in Red Square. Two training sessions are scheduled – April 29 and May 4, and a dress rehearsal on May 7.

The movement to Moscow was planned in a combined way, in which the heavy tracked vehicles are delivered by rail and on multi-axle tractors or in a different way – trawls, and the wheeled vehicles simultaneously march under their own power.

In order to eliminate the destruction of the pavement of Moscow streets and Red Square during training sessions in Moscow, the tracked vehicles are equipped with special tracked belts with asphalt shoes. Due to the large area of ​​contact with the road surface, this vehicle has less pressure on the road than civilian trucks. So there is nothing to worry about

honor guardMay 9thparadepreparationsRussian militaryVictory Day
0
Share
Subscribe to our newsletter
Sign up here to get the latest news, updates and special offers delivered directly to your inbox.

VIDEO – Shoygu: Russia WILL RETALIATE to NATO Aggression, NOT be provoked

Opinion: WHY THE COLLAPSE OF UKRAINE UNDER ZELENSKY IS INEVITABLE

Freedom Convoy 2022 in Solidarity with the Truck Drivers: What Canada Needs Is the…

Freedom Convoy 2022 in Solidarity with the Truck Drivers:…