Hama, Syria – The Syrian Arab Army (SAA) launched an important counter-offensive on Thursday that targeted the jihadist positions inside the town of Al-Hamamiyat, which was captured by the latter the day before.

Led by the Tiger Forces, the Syrian Arab Army began their assault by repeatedly pounding the jihadist positions in Al-Hamamiyat with a plethora of missiles and artillery shells.

Once this barrage ended, the Syrian Arab Army stormed the jihadist positions in Al-Hamamiyat, scoring a quick advance after overrunning the main militant line of defense.

The Syrian Arab Army would later take full control of Al-Hamamiyat and its corresponding hilltop after killing and wounding scores of jihadists.

Since recapturing Al-Hamamiyat, the front-lines in northwestern Hama have returned to what they were at the start of July.

According to the Telegram channel Military Informant, the Russian Air Force has deployed a couple of new Su-34 and Su-25 jets to the Hmeimim Airbase.

The Telegram channel released satellite images showing the presence of these Su-34 and Su-25 jets at the Hmeimim Airbase near the coastal city of Jableh.

The Syrian Arab Army (SAA) is preparing to launch a new military operation inside the Idlib Governorate after a string of failed jihadist offensives in nearby Hama.

The recent buildup of Russian military aircraft could be due to this upcoming Syrian Army operation; however, this is yet to be confirmed.

The Syrian and Russian air forces wasted little time retaliating to the jihadist offensive in northern Latakia on Tuesday, as their fleets unleashed hell over the positions of the Turkestan Islamic Party and Hay’at Tahrir Al-Sham.

According to a military source in the Latakia Governorate, the Syrian Air Force began the attack on the jihadist positions, using both their assault choppers and fighter jets to hammer the militants.

The Russian Air Force then joined the attack on the jihadists, hitting several sites between the Latakia and Idlib governorates.

These aerial attacks by the Russian and Syrian air forces reportedly resulted in heavy damage to the jihadist defenses, especially in the mountaintop town of Kabani in northeastern Latakia.

As a result of these airstrikes, the Syrian Arab Army (SAA) was able to quickly sweep through the areas seized by the jihadist rebels and reestablish security in this part of the Turkmen Mountains.

Close cooperation of Russian and Syrian air forces is a fruit of great interoperability and is probably best illustrated by the recent presence of a Syrian MiG-21 at Hmeimim Airbase of the Russian Air Force. 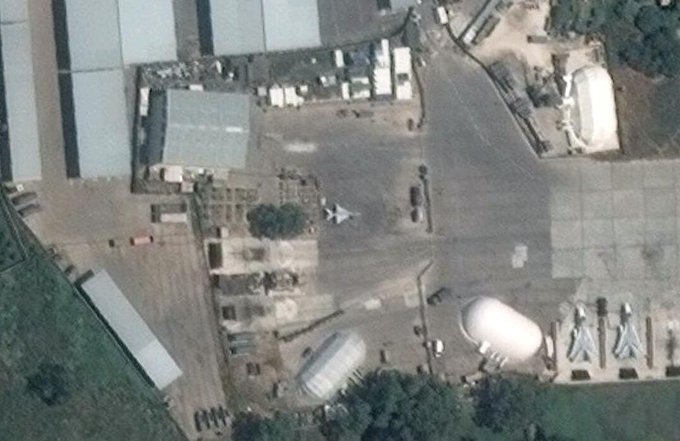