TEHRAN, Jul. 10 (MNA) – At the meeting of the International Atomic Energy Agency (IAEA) Board of Governors, Iran’s representative condemned the US call for talks with Iran while exercising maximum pressure policy against the country.

Iran’s permanent envoy to Vienna-based international organizations, Kazem Gharibabadi attended a meeting of International Atomic Energy Agency (IAEA) Board of Governors  that was held on Wednesday at the request of the United States to discuss the latest developments in Iran’s nuclear program.

Gharibabadi said in his address to the meeting that Iran had nothing to hide and that Iran’s recent actions in increasing the level of uranium enrichment was permitted under the deal.

The Iran envoy said that the US foreign policy and behavior is full of double standards and paradoxes, which has discredited it on the international stage.

He added that over the last year, the US has imposed 20 rounds of sanctions on Iran in contradiction to international law, saying that the sanctions have affected the humanitarian activities let alone Iran’s trade relations.

He refuted the US call for talks with Iran while exercising the maximum pressure policy against the country as yet another sign of its double standards.

Zarif believes US’ request for an IAEA Board meeting ironical since:

a. US abhors JCPOA, axed & violates it, and punishes all who observe it;

b. US has no standing to raise JCPOA issues;

d. Iran’s actions are lawful under para 36 of accord: 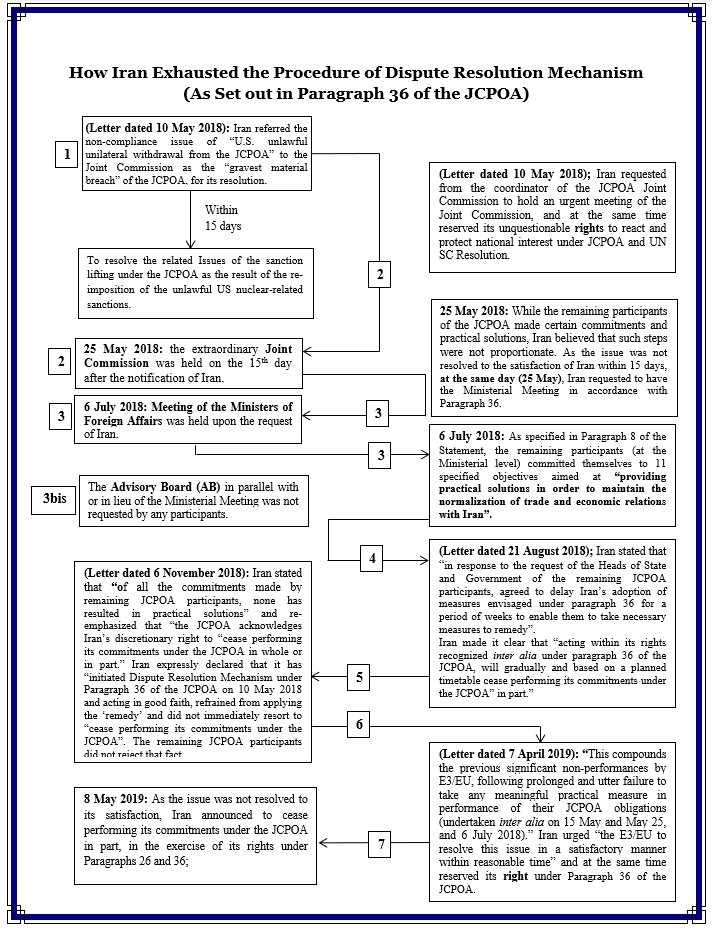 IAEAIranJavad ZarifJCPOAKazem Gharibabadinuclear dealSanctionsUS Imperialism
0 1,805
Share
Subscribe to our newsletter
Sign up here to get the latest news, updates and special offers delivered directly to your inbox.

MAJOR: US Training ISIS POWs From SDF-Occupied Areas for Recruitment Into Terrorist…