TEXAS: About That Petition to Zelensky…

You may have recently heard something about a “petition” addressed to Zelensky with “a million signatures”.

Pay it no mind. It is nothing. Nobody signed it, it is just a joke. The People of the Donbass Republics and our Armies ask nothing from the “President of Ukraine”.

The President of Ukraine has no power here, no say here, so why should we petition him for anything? And besides, Zelensky is not the President of Ukraine. He is a puppet and pretender for foreign masters who have robbed and debauched the once-great nation of Ukraine into a desperate and malignant shithole from which it may never emerge. None of the people here want “special status” in a Ukrainian shithole.

The People of the Donbass Republics are Russian, always have been, and Russians never surrender.

This Soviet poster from 1920, one hundred years ago is proof. “Donbass is the Heart of Russia.” 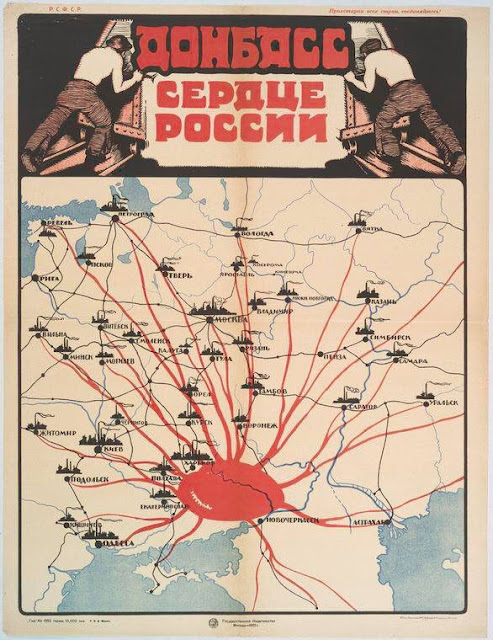 Our Republics will never re-join Ukraine under any condition, under any “status”. We will accept Ukraine’s surrender one day, and after the war criminals are punished and the wealth of criminal oligarchs expropriated for repairs and reparations, we may allow Ukraine to join us.

Under special status, of course, but their special status, not ours. Because it will have to be a different Ukraine, as different as modern Germany is from Hitler’s Third Reich. (Or even more so…) New leadership, new political parties, justice handed down to traitors, criminals, and nazis. De-Nazification, just like in Germany. Removal of street names and monuments and symbols of nazis and nazi collaborators. Removal of the actual nazis themselves to where they can do no harm to anyone ever again. And like Germany after their nazis, Ukraine will need a new flag. 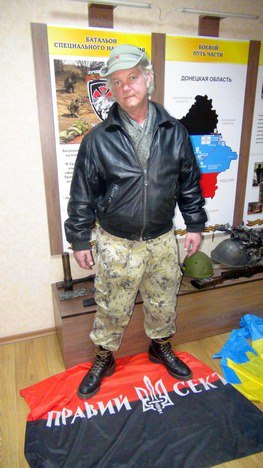 The blue and yellow rag is now, like the swastika, stained with opprobrium for all eternity and beyond redemption. It will never fly above Donetsk or Lugansk again, of that you can be certain. It is useful now only for cleaning boots, or as Givi once showed, for feeding nazi war criminals.

At first, I considered writing a letter to Zelensky myself and seeing how many signatures I could get on it. A million? Maybe. As likely as the “million” signatures on the petition for “special status”.  But I realized the letter I would have written (and the letter that should have been written to Zelensky) has already been written – 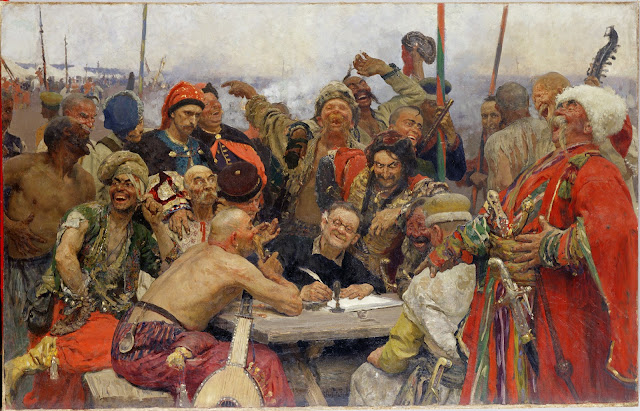 The first most basic law of politics is this – What they say means nothing, what they do says everything. They say the letter to Zelensky had a million signatures, and we say thanks for the laugh. No one believes that there was even one-tenth that amount, not any of the people who wrote it or any of the people who read it. But that’s not what matters, it’s what they do that counts, that is everything.

The organizers said there were 3,000 people at their “flash mob”. Again, thanks for the laugh. I was there too, and there were maybe 300 people there, and 200 of them were there to protest against the petition to Zelensky, not in support of it. That’s why I was there. A lot of people were very worried and offended by this petition, and with good reason, but they misunderstood, they thought it meant what it said, which of course it didn’t, but if it had, it would be a very serious matter indeed.

All this talk of “petitioning” Zelensky for “special status” and asking his permission to apply to Russia for permission to hold a referendum to ask Russia for permission to join Russia, and all we have to do is surrender and rejoin Ukraine and let the ukrop army take over the border crossings and allow Azov nazis and Pravy Sektor pederasts to take control of our police and Army, to patrol our streets and “safeguard our human rights”, and yada, yada, yada… Well, it’s just that, talk. And like getting a million signatures on a letter to Zelensky, it hasn’t happened, and it never will.

This is political theater, PR, perception management. Symbolic. Simulacra. Certainly a stroke to Zelensky’s fragile and inflated ego. This petition is obviously part of some political strategy that may or may not come to fruition several more moves on down the line, but it is not by any means suing for peace at the price of surrender. Because that can never be. If the people make a public appeal for peace and the ukrops keep shelling,  it gives us, the Donbass Republics, and our allies the moral high ground and the advantage in the arena of international opinion. The ukrops are going to keep shelling anyway. We are now on record as having asked them nicely to stop. After having asked nicely for five years, and nothing getting better, it may now be time for some R2P, some humanitarian intervention. On the part of Russia, the UN or the World. Or perhaps all of them together.

If the present regime in Kiev, controlled by foreign corporations and secret services, quislings, war criminals, and genuine neo-nazis were allowed by our administrations and/or our friends in the East to take control of Donbass, it would be one of the most epic examples of treachery and stupidity in modern history. And perhaps some of our leaders are capable of contemplating such a mistake. Perhaps. Some. But the vast majority never would or could. The People here would never stand for it. And it is the PEOPLE of these People’s Republics who are the final arbiters, the decision-makers, the “shot-callers” here. We have earned it and proven it with our blood.

And when I look at the great leaders of Russia, our Brothers, friends and Comrades – Putin, Lavrov, Shoigu, well, treachery, stupidity, and surrender are not the traits that these titans bring to mind. It ain’t ever gonna happen. I trust Putin and I trust Russia not to betray their friends, and the People of Donbass are the best friends Russia ever had. Who defends Donbass defends Russia, and that is exactly what we have done for over five years now, longer even than the Great Patriotic War.

The most important thing is to stay calm and look at reality.  This was/is a poorly planned and executed attempt at Info War, amateur diplomacy aimed at driving a wedge between the egoist pretender Zelensky and the hardcore nazis that control him. And perhaps between moderate EU governments and nazi Ukraine as well. Although this farce has many, many good people seriously concerned and even outraged, and not without good reason, the bottom line and the thing to remember is this – It ain’t gonna happen.

The Donbass Republics will never, ever surrender to the ukrop regime. As long as there is a single nazi in the ukrop army or the ukrop Rada, as long as there is a single monument or street name of nazi collaborators anywhere in Ukraine,  as long as a single nazi war criminal or ISIS cannibal or Georgian organ trafficker or US CIA agent or collaborator walks free in Ukraine, the People and Defenders of these People’s Republics will never allow it. We have fought too hard, suffered too much, to ever surrender, and every true patriot of these Republics will fight to the death on the Front, in the streets of our cities and in our very homes if we must, before we would ever allow that to happen. And all politicians, in Ukraine, in the Republics, and in Russia will do well to remember that.

The day will come when the Slavic People of Russia and Ukraine will be at peace and together again, as they should be, as they have been for over 1,000 years. But there will never be peace with nazis.

And as long as there are nazis in Ukraine, there will be no peace. The road to peace and a prosperous coexistence between Ukraine, the Donbass Republics and the Russian Federation lies on the foundation of the de-Nazification of Ukraine, and nothing else. There is no “special status”, no Minsk Accord, no treaties or agreements with nazis, and as long as Ukraine is ruled by nazis and foreign enemies, there can be none. There will be none. It ain’t gonna happen.

So, I call for calm, for solidarity, for trust in the leaders who have brought us this far, successfully, down this long, hard road. Our leaders here and our friends in Russia will not betray us. They are not that stupid, they know that our Republics are the defensive wall between 21st Century fascism and Mother Russia. We will continue to defend our Republics and Russia from all enemies, and our Comrades will continue to support us and stand with us. Because they know…

As Goes Donbass, So Goes The World.  No Surrender. No Treaties With Nazis. Victory or Death!