THE MIG IS BACK: New Skat drone to work in conjunction with MiG-35 (VIDEO)

MOSCOW – Jul 25, 2019 – Earlier, FRN reported on the new developments regarding Sukhoi’s state-of-the-art S-70 Okhotnik-B strike drone. However, this isn’t the only new development in Russia’s aviation industry. Sukhoi’s old friendly rival, the MiG Corporation announced their Skat UCAV project is to be finalized by the end of this year.

Russia’s MiG Aircraft Corporation has been through some tough years. During the troubled 1990s, the collapse of the USSR brought the legendary MiG design bureau to its lowest point since WWII. Their top-notch MiG 1.44 5th-generation project was 9 years behind schedule in flight-testing when it first flew in 2000. The newly obtained technologies during MiG 1.44 development were later put to good use, but the hard work and resources invested in this promising project were wasted.

MiG 1.44 made only 2 reported flights in 2000 and was canceled soon after due to severe budgetary constraints after the disintegration of the USSR. As MiG invested and spent most of its budget and resources on this project, this brought basically all other R&D projects to a halt. The company then tried modernizing its top-of-the-line MiG-29 light multirole fighters, and despite baby steps in the ’90s, early 2000s finally gave the company a breath of fresh air. The new MiG-35 project was launched, which would see the proven MiG-29 airframe filled with new 5th-generation high-tech avionics and sensors. 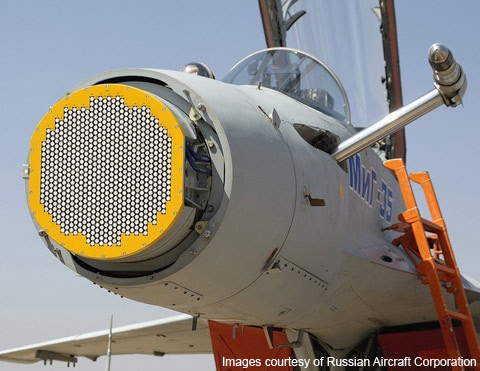 However, the company also made successful strides in drone-building. And the efforts have been crowned with the Skat (literally Stingray) strike drone. The model of the drone, made according to the flying wing design scheme, was first presented by the MiG Corporation at the MAKS-2007 air show. 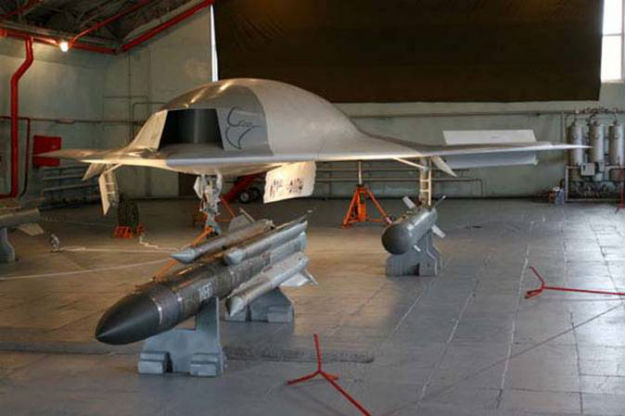 Skat will be one of Russia’s premier combat drones; pictured here with PGMs (precision-guided munitions) payload

MiG Skat is a UCAV (unmanned combat air vehicle) with origins in the Defense Ministry’s reconnaissance-minded UAV (unmanned aerial vehicle) project. Since 2007 the drone evolved to fulfill a much greater role in the Russian Aerospace Force – particularly in keeping pace with developments in the West and China. MiG Skat is to be armed with PGMs (precision-guided munitions), it features a tailless design and incorporates advanced stealth features for better contested-airspace penetration. Two separate internal weapons bays are also an indicator of this tactical approach.

MiG Skat design was readjusted multiple times during development, but so far this is the latest one

MiG Skat is to be powered by a single RD-5000B afterburning turbofan engine of approximately 11,200lbs of thrust, which is a single-engine variant of the twin-engine RD-33 series used by the MiG-29 and MiG-35. The UCAV’s profile will feature a tailless design which means there will be no vertical stabilizers. The design also incorporates a split-duct inlet opening at the front. Skat’s size in comparison to the MiG-29

Design differences between MiG-29 and Mig-35; the later is somewhat larger

By the end of this year, the Ministry of Defense of Russia will approve the design and final technical characteristics, while the MiG Corporation is to start the production soon afterward. Recent reports also confirm that the Skat UCAV will be a sort of junior partner to the S-70 Okhotnik-B strike drone, developed by Sukhoi. In addition, it is expected that the Skat will be operating in pair with the MiG-35, much like the Okhotnik-B is designed to operate with the Su-57.

“We see a market for this device, and there’s definitely a place for it in Russia. By the end of this year, we expect to complete the coordination of the final technical characteristics requirements with the MoD and move on to the production,” Ilya Tarasenko, general director of the MiG Corporation, said.

Externally, Skat resembles a somewhat pointier U.S. Air Force’s B-2 stealth bomber, which was inspired by the German Horten Ho 229, which in turn was inspired by an earlier 1920s Soviet design. Skat is designed to carry out strike missions, especially against air defense systems in a high-threat environment, as well as mobile land and sea targets. Skat will operate in an autonomous mode as well as in conjunction with other manned systems. A flying wing design, Skat has a projected weight of 10 tons, a 2 metric ton PGMs (precision-guided munitions) payload, a range of 2,500 miles (4,000 km), a speed of 500 mph (800 km/h) and a flight ceiling of 40,000 feet (12,000 m). 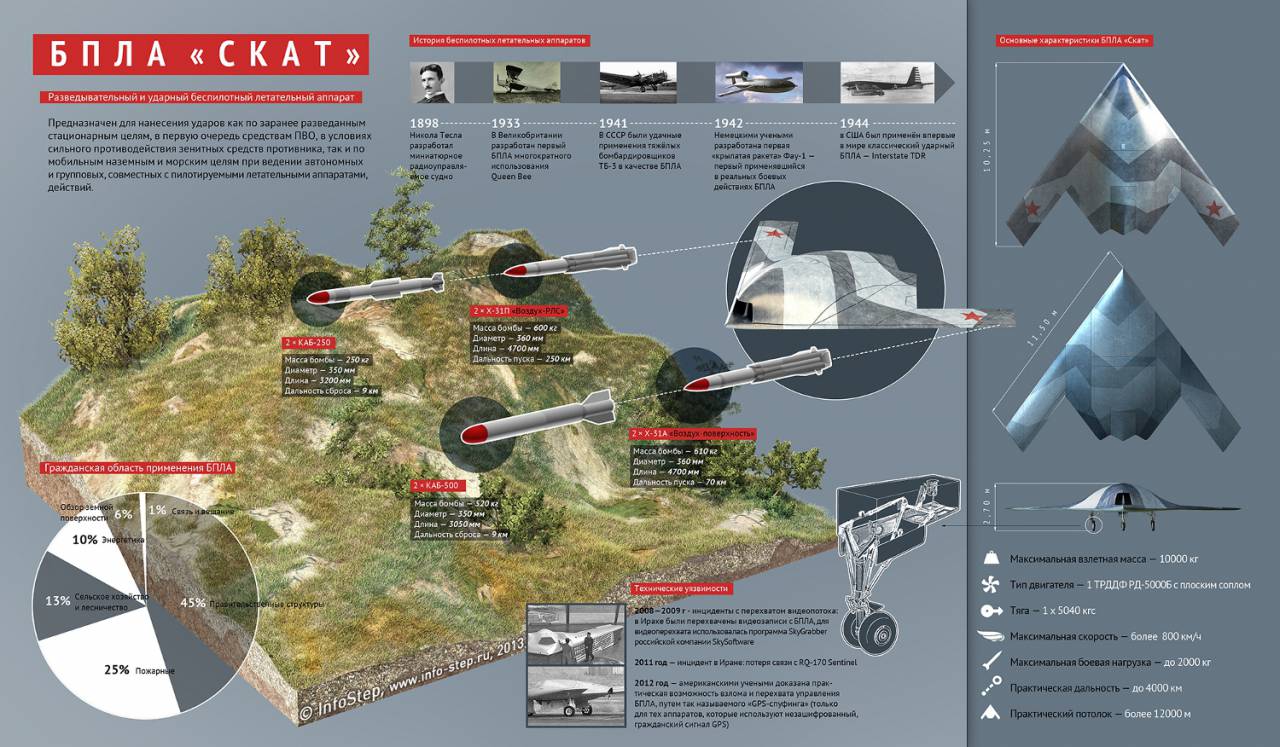 Strike concept of the MiG Skat

There is also the possibility that Skat will be the basis of Russia’s 6th-generation light fighter, which could complement Sukhoi’s heavier 6th-generation design based on the Okhotnik-B UCAV. With the latest developments in Russian aviation, we might say that the country has not just filled the technological gap that was the result of the dissolution of the USSR, but it also managed to emerge as one of the pioneers and key competitors in the aviation technology for the 21st century and beyond.