US Diplomatic Team Leaves Northeastern Syria Along With Troops

DAMASCUS – A US diplomatic team that was working on “stabilization projects” with the Kurdish militias in northeast Syria has left the country in a hurry, an American official stated on Monday, a day after Washington declared it is withdrawing 1,000 troops from the war-torn country.

US Secretary of Defense Mark Esper declared on Sunday that Washington is planning to evacuate about 1,000 troops from northern Syria, days after the Turkish Army and Ankara-backed militants launched a military operation against Kurdish militias.

Later, President Donald Trump stressed that Washington won’t take sides in the conflict between Turkey and the Kurds in the Arab country, ordering an urgent evacuation of the remaining US troops from northern Syria. 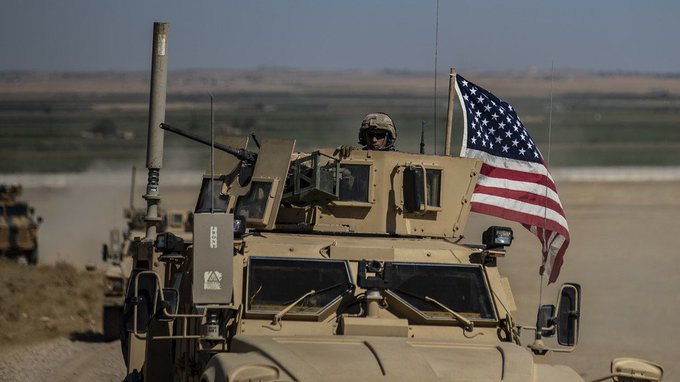 The United States has already recovered several dozen servicemen, who used to be embedded with the Kurdish militias, thus basically giving Ankara the green light to launch its military operation. The Kurds decried the move by Washington as a betrayal.

The official noted on Monday that the troops were still in Syria but early phases of the withdrawal had started, without giving details. The US official said the diplomatic team that has been pulled out was dealing with stabilization projects in Kurdish-held regions, but he declined to provide any further detail on the nature or specifications of such projects.

The US and Syria have no official diplomatic ties as Washington insisted on a regime change plan in Damascus ever since the war started in the Arab nation, a mission that has now admittedly failed. On Sunday, two US officials stated that the United States is considering plans to withdraw the bulk of the troops from northern Syria in the coming days.

Official news agency SANA reported on Monday nearly 150 US and foreign forces left Syrian territory from the Rhaiba airport in Hasaka countryside to Iraq. The decision to pull American troops from northern Syria amid Turkish offensive against Kurdish militias was branded an open betrayal by Trump’s critics, as well as, some of his long-time supporters.

Damascus has repeatedly reiterated that any foreign troops in Syria are to be regarded as an occupying force and the Syrian government has the right to take all the needed measures to confront it. Unlike Russia and other Syrian allies, all other groups, including the US are in Syria completely illegally.

In recent year, several reports revealed Takfiri terrorist groups are being provided with advanced weapons and huge amounts of cash by the former and current US administration in Syria for the now-disappeared “Assad Must Go” aim. The government of President Bashar al-Assad has for several times stressed that “every inch” of the Syrian territory will be liberated from terrorists.