MOSCOW – Following reports that new shipyards in Russia’s southwestern autonomous republic of Crimea would lay down new light aircraft carriers in 2020, the Russian Navy has announced the names of the two upcoming warships – the “Sevastopol” and the “Vladivostok”.

The warships will be more than twice the size of any surface warship built by the country since the Soviet era, after which the loss of the Black Sea shipyards in Ukraine seriously undermined its capacity to lay down anything larger than a frigate.

The Soviet Union had previously built a number of heavy surface warships, including destroyers, cruisers, helicopter carriers, medium carriers and even nuclear-powered supercarriers – the last which were laid down but not completed due to the state’s collapse. 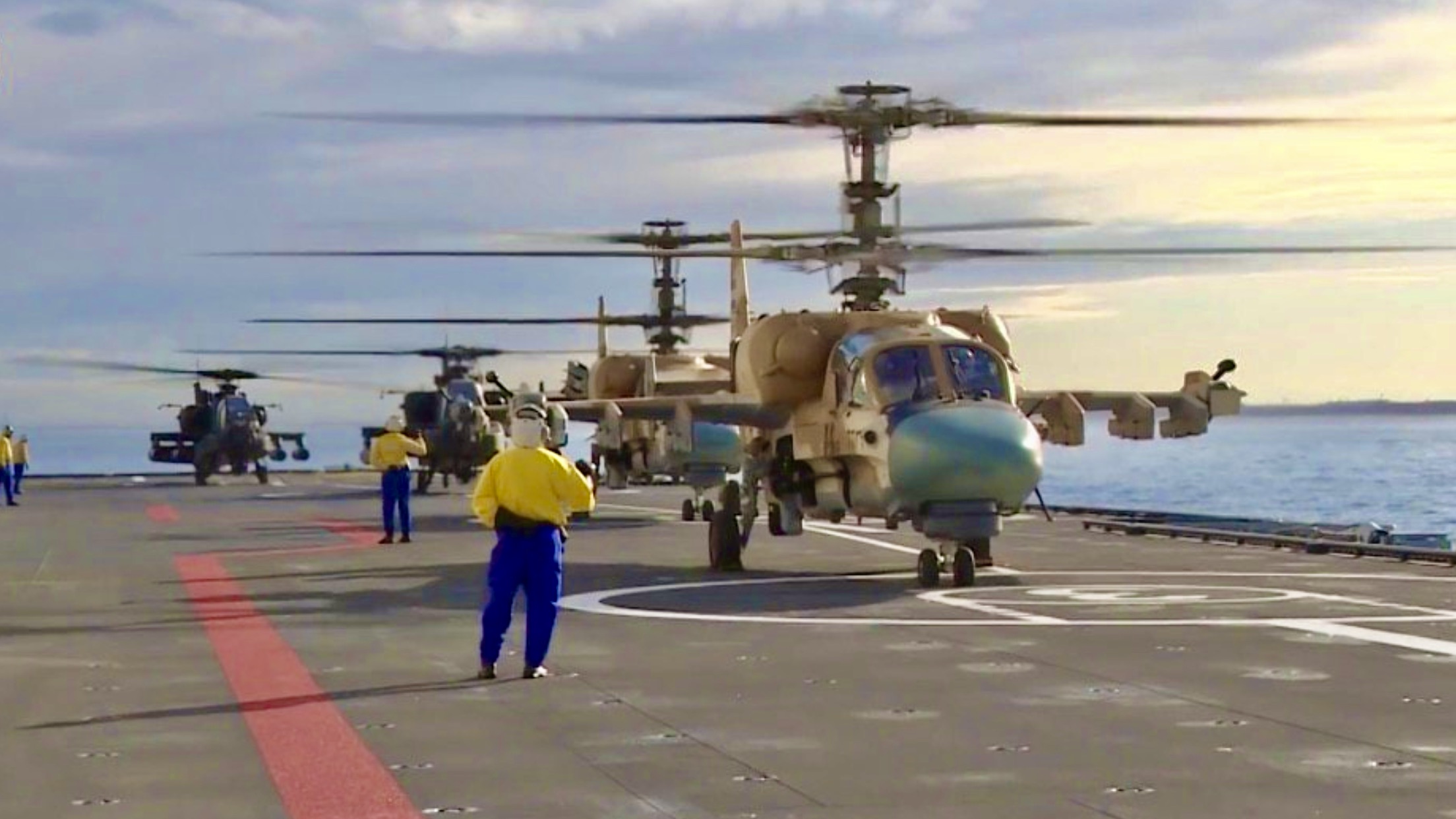 Russia’s two new carriers are expected to displace approximately 25,000 tons each and be around 220 meters long, and will fulfill a comparable role to the Mistral-class which the Russian Navy had initially sought to acquire from France. Mistral technologies were subsequently acquired through a deal to outfit the carriers for the Egyptian Navy, which purchased the ships from France.

Russia plans to deploy Ka-52 Alligator attack helicopters from the carriers, and is currently developing vertical takeoff capable fighter jets which can deploy from the warships. The fighter program is likely to continue where the Soviet Yak-141 program left off, with the Soviet Union having been a pioneer in vertical takeoff aircraft technologies, which Russia has inherited.

A lighter class of carriers of under 20,000 tons was previously proposed under the Novskoe carrier program. Two more classes of carriers, including a medium carrier displacing approximately 40,000 tons and a heavy carrier or supercarrier displacing over 80,000 tons, are currently planned. The medium carrier will also deploy vertical takeoff capable jets, while the heavy carrier will deploy conventional aircraft.

Op-Ed: It is Amazing How Easily Brainwashed Americans Are