They cited “the last drop” was the Government’s decision to take back the ISIS brides-wives to their countries of origin in the West, since the Al Qaida-ISIS attempt to take power in Syria did not work.

Norway’s Progress Party (FRP) leaves government on over the decision to return ISIS brides to Norway. It is fantastic! Let this be the end of the collaboration with the mercenaries for good.

We hereby congratulate FRP on the decision. It inspires hope that FRP understands the implications its stance may have for a new approach to foreign affairs. Let it be the end of the collaboration with well paid mercenaries for good.

As Western countries now are accepting the return of ISIS women and apparently funding their return and reentry into society, many citizens are stone shocked. They really should not be. We have been funding these groups all along, and it is so well documented that there really is no more need for further scrutiny.

So the questions remain: Why do we still continue to pretend that Al Qaida and ISIS were not our allies in the first place? Official DIA reports and Wikileaks have confirmed it years ago.

The Judicial Watch retrieved DIA report from 2012 demonstrated who was allied with who in the Syria war. The Report came from the US Defense Intelligence. It is also documented years ago that Al Qaida affiliated groups also worked with ISIS.

The well known problem with the “moderate rebel groups” supported by the US and its allies, were that these were often affiliated with Al Qaida, ISIS and other rebel groups. Many have commented on the hypocrisy: Why go on pretending that we do not know this?

If we dislike the attitudes of Al Qaida groups, and do not want them to return to the West when “mission is accomplished” or in the Syria case, “not accomplished”, why are we using them to further our own geopolitical goals in foreign lands?

When various militia groups fight in Syria and Libya, we support them. When they return to the West, they are our ISIS “enemies”. The hypocrisy unraveled has been the same since Vietnam.

Is using a variety of Islamist militia groups and a good idea when fighting Assad in Syria – it is great that they fight in Syria, but “horrible” when the same men and their wives are returning home to the West? If we are allies, does that not make them some kind of “returning veterans”? 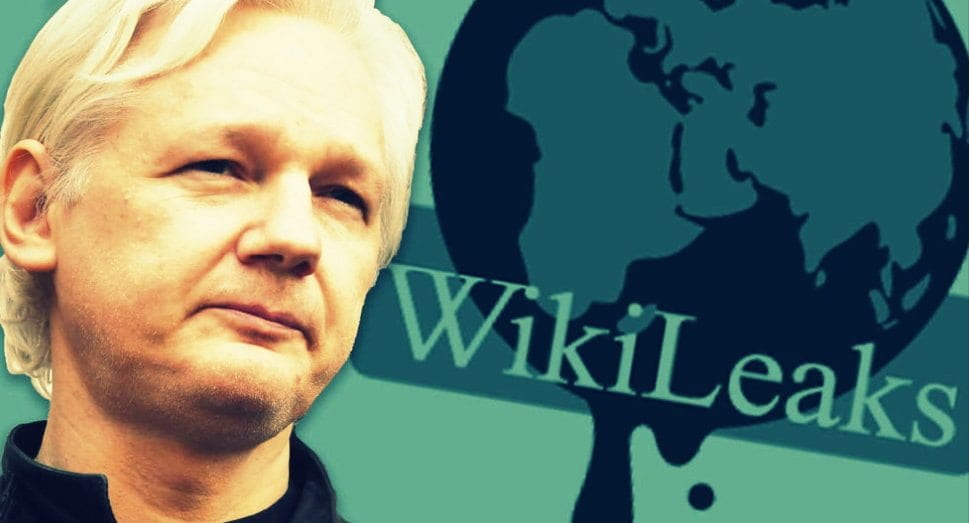 Julian Assange was hailed as a hero in 2010, Man of the Year. The Norwegian news outlet, Aftenposten were boasting about unrestrained access to the Wikileaks files. Then all went silent. NAssange is now dying in a British jail cell, according to reports and the same mainstream media that hailed him in 2010 now does not care. As Norway Government collapse over ISIS brides, it is time to remember Wikileaks revelation that Al Qaida ISIS has long been our ally.

ISIS turned out to be a Obama initiative

The ongoing media revolution where the work of Wikileaks, Judicial Watch, Vice, Breitbart and others reveal what is happening behind Washington’s closed doors, is now an all out war.

The well-known problem with “moderate rebel groups” supported by the US, were that these were often affiliated with Al Qaida, ISIS and other rebel groups. Everybody knows it.

What has surfaced the past years is knowledge about the willingness of Washington’s neo-con hawks to destabilize the Middle East for personal economic gains. As globalism and its transnational business model has steadily gained ground, the respect for national borders had to go. “Borderless societies” became the very method through which the conglomerate transnational corporations could grow their markets. And in the Middle East, there is oil.

Globalism has led to enormous capital gain for a very small elite in the world. The Guardian points out that only 62 individuals now own more than half of world assets. The same group owns over 90 % of US media, making it very easy to manufacture consent. In essence, critical journalism hardly exists anymore, as newspapers function as propaganda outlets bought up to serve corporate interests. ISIS is an example.

In 2014, as ISIS suddenly surfaced like lightening, depicted as “Islamic barbarism.” Appearing in northern Iraq, they suddenly went from being a few hundred to the world’s richest sunni-jihadi group.

When various militia groups fight in Syria and Libya, we support them. When they return to the West, they are our ISIS “enemies”.

Over night, they received enormous amounts of weapons, hundreds of Toyota pick-ups and full coverage in almost every single Western newspaper. It simply was an amazing PR stunt, a remarkable display of power.

We were told that ISIS, later IS “Islamic State” were much worse than Al Qaida. The Caliphate that this ragtag group of old Baathist soldiers mixed with a variety of mercenary elements spoke of, mysteriously corresponded to the areas in Iraq and Syria where the oil fields are.

Precisely here was the Islamic State to be founded, on beheadings of locals, rape and plunder, mass murdering other Muslims and terrorizing the civilians. It was depicted as the new Caliphate that all Muslims around the world, in Europe, US and everywhere, would accept. The ISIS reign of terror filled Western newspapers across the political spectrum with horrifying photos of dangerous men and violated women.

It later turned out that it was an Obama/Hillary Clinton initiative, even partly financed by the Obama administration.

Judicial Watch documented in 2014 that Al Qaida is Western ally

Wikileaks and Judicial Watch’ work in 2014 and 2015 is more important than ever, as the DIA report retrieved by Judicial Watch documented that Al Qaida in Iraq was “our ally”.

Organizations such as Judicial Watch, the leading Washington public watch dog had sued the government for keeping secret information that they assessed should be public. After several years in court, these documents were released, and documented an array of offenses by leading politicians. The Hillary Clinton email scandal erupted out of the Judicial Watch investigations.

One of these documents released was the US Defense Intelligence Agency report, dated August 12th, 2012, long before ISIS surfaced. The situation in Syria was defined by DIA like this: “Salafist, The Muslim Brotherhood and Al Qaida in Iraq are the major forces driving the insurgency in Syria. The West, Gulf countries and Turkey support the opposition while Russia, China and Iran support the regime…There is now a possibility to establish a salafist-jihadist area in Eastern Syria (Hasaka and Der el Zoor) in order to isolate Syrias shia-friendly government, something that the insurgency in Syria (our allies, above defined as Al Qaida, salafists etc) wish. This would creates an ideal atmosphere for Al Qaida in Iraq to return to its old pockets in Mosul and Ramadi, and will unify the jihad among sunnis in Iraq and Syria.”

The next DIA report sentence is written two years prior to ISIS surfacing in 2014: “ISI could also declare an Islamic State, through its union with other terrorist organizations in Iraq and Syria, which will create grave danger in regards to unifying Iraq and the renewing of the facilitation of all kinds of terrorists reentering Iraq.”

The US is consequently totally aware of who is allied with who on the ground in Syria, speaks openly about its collaboration with Al Qaida, as well as suggests that Al Qaida in Iraq could be developed into an “Islamic State” that from the north could attack Syria.

Last Refuge produced a leaked conversation between John Kerry and rebel groups in Syria, on January 1st, 2017. This conversation took place September 22nd, 2016. Here Kerry allegedly confirms that the US funds Syrian rebels, states that the goal is to remove Assad.

Moderate militia groups were allied with Al Qaida, and we knew it

For years now, we have known that the so-called “moderate rebel groups” often were allied with Al Qaida fractions or ISIS. The Washington Institute and many others confirm that ISIS has recieved hundreds of millions of dollars from individuals and groups in Saudi Arabia, Qatar, Turkey – all countries who are Western allies.

The ISIS charts explained how Syria was to be taken and how to make sure that local Muslims were infiltrated into the ISIS structure.

ISIS in Pakistan have openly said that the US is funding them.

Der Spiegel retrieved the ISIS organization charts in 2015, after the killing of the ISIS leader for strategic development, Haji Bakr. The chart turned out to be a blueprint for the organization model for CIA’s secret operations. ISIS leadership did not seem particularly preoccupied with religion and islam, but rather frantically into surveillance, covert operations and military work.

The ISIS charts explained how Syria was to be taken and how to make sure that local Muslims were infiltrated into the ISIS structure. This was to be done – it explained – through local mosques, Quran schools, ISIS leaders were to marry the daughters of local leaders and thereby gain access to local communities. An overview of who paid the local imam and how much he was paid, was also important according to the ISIS strategy charts.

The ongoing attempted coup d’état in the United States against the country’s duly elected president, Donald Trump, spills into this. For years after the fall of the Berlin wall, the neo-con movement has been able to work undisturbed on the plans for “the new Middle East”. 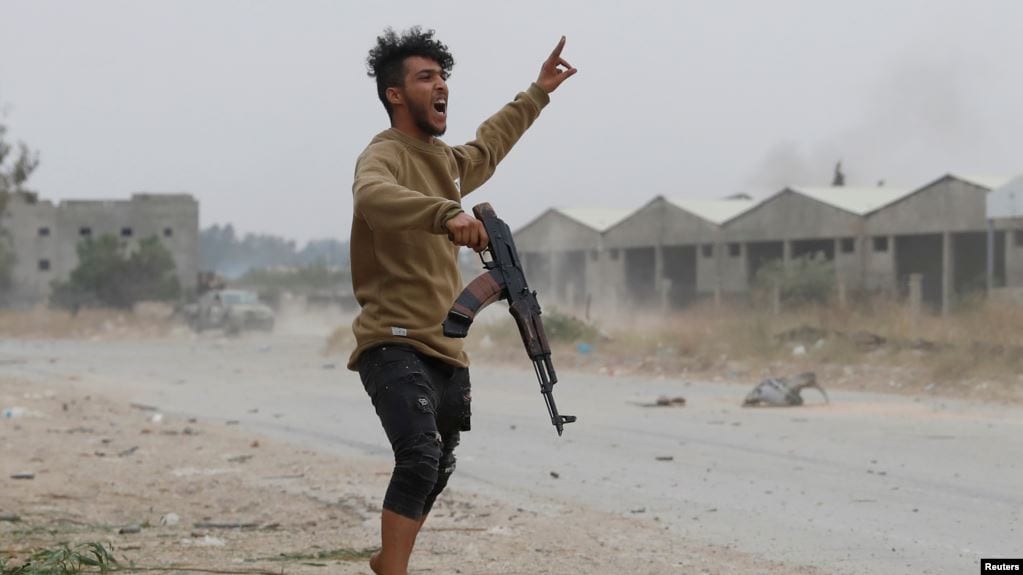 Norway Government collapse over ISIS brides, but Al Qaida ISIS has long been our ally.  When various militia groups fight in Syria and Libya, we support them. When they return to the West, they are our ISIS “enemies”. The hypocrisy unraveled has been the same since Vietnam. Here, Libyan government loyalist in war torn country ever since the notorious NATO attack in 2011 tore the country to pieces.

When Donald Trump repeatedly has stated that Obama is the founder of ISIS and actively supported ISIS, and that the terror group could never have grown into what it did without this support, he says so because of the documentation of the above.

As Malcolm X said, “the media is the most powerful entity on earth. They have the power to make the innocent guilty and to make the guilty innocent, and that’s power. Because they control the minds of the masses.”

ANOTHER MULTI-KULTI SUCCESS: Vienna Attacker Revealed to be an Albanian Terrorist…