WATCH: Covid-19 Tyranny – The Numbers Do Not Justify House Arrest

FRN Readers – We have a two-fer in this piece. First a 5 minute documentary on the who’s who of Trump’s compromised ‘response team’. Very telling, a must see – it is from InfoWars but despite his tone and approach, very seldom has the Jones team in fact gotten much wrong – forced mea culpas aside. That is the truth and even though FRN does not share Jone’s worldview, it is time for people of conscience to come together and set aside differences to defeat the single and true eminent danger at this time. After the vid, we have a solid piece by Mike Armstrong of Armstrong Economics. – Joaquin Flores, Editor

This is clearly political. The numbers just do not support this panic they are less than the annual flu. Granted, they are rising now, but that is because of the massive fraud going on thanks to the American Medical Association. You would think the death rate is 50% like the Black Plague. Every news outlet that has been against Trump are preaching in unison we must stay locked down until we get a vaccine, that Gates controls and will not be available until AFTER the Elections. The same is happening in Germany. There it is the AFD. They gave Gates an unprecedented 9-minute interview without a single challenge to what he is saying. Again, preaching his vaccine as the savior of the world.

Gates openly said that he wants to vaccinate all people in the entire world! The search for the vaccine will approximately take up to 18 months. How long would it be to vaccinate the entire world? Meanwhile, it is IMPOSSIBLE to return to any normalization of the previous condition of freedom. Gates is achieving world dominance and nobody is standing up. God help us! The man is a megalomaniac who wants to hold the world hostage to his vaccine! That makes no sense. This is not the only disease. So what about every other disease? We stay locked down for life?

Either Gates is completely insane or there MUST be a hidden agenda. You cannot imprison the world population until they accept Gates’ vaccine. That seems to be political – not medical! John Stuart Mill published On Liberty in 1859. There is NO justification for any government to exert such power over the people as to imprison them even under the pretense it is for their own benefit. This is tyranny!

Thomas Paine also consulted in his Common Sense which inspired the American Revolution, that governments confuse themselves as being the object of civilization when it is the people. This is the greatest danger of socialism, the survival of the state comes before the people. This is what Gates is doing; the king is dead, long live Bill Gates! 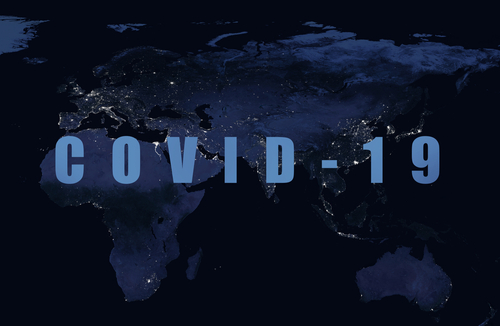 The numbers concerning this COVID-19 just do not support this action of shutting down the world economy. The damage is beyond repair. The number of small businesses filing for bankruptcy in the Netherlands, France, and Germany is at historic highs. The destruction inflicted that is permanently wiping out jobs will only come back as civil unrest. The youth in Southern Europe were already suffering from the loss of jobs with unemployment rates which hit as high as 60% in some areas.

The future is being systematically destroyed because governments cannot possibly meet their obligations with all the social programs they promised. The Bank of Japan and the European Central Bank were trapped with negative interest rates. They cannot continue to buy government bonds. We are looking at the justification of ending the financial system as we knew it. What will that mean to bonds? Get out of ALL government bonds! 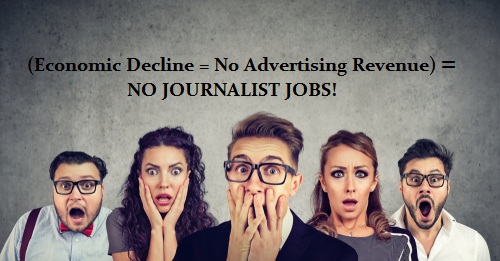 The number of jobs and pensions lost far outweighs everything they have done under the pretense of protecting our lives. This begs someone in the press to defend civilization. These journalists are helping to destroy their own livelihood. Perhaps that is the only way to get real news – when the advertising revenue comes to a halt and they will wake up and say – Oh Shit! I never thought of that! If journalists really think this is worth getting rid of Trump and it will all be back to normal, they are sublime fools. There is no coming back from this tragedy. They are destroying their own future and that of their children. Most journalists are no longer on our side. They care not about the people, all they see is a political agenda and even that they have no idea what they are cheering for by advocating the overthrow of Trump. They are stooges for a secret agenda of totalitarianism.

Our models are warning that if the economy is NOT reopened May 1st, the economic loss of jobs will be staggering and the economy will NOT be able to recover until after 2022 at the very least and then we may get just a and that will be a dead-cat-bounce into 2024. If the economy remains shut down beyond May, then the ultimate bottom in economic growth appears likely by 2032 – a full 13-year decline!

Where are the youth? This is your battle for I get to leave this corrupt world. It will be all yours.

Bill GatesCovid-19medical tyrannypharmacracyPolice StateQAnonTrumpVideo
0
Share
Subscribe to our newsletter
Sign up here to get the latest news, updates and special offers delivered directly to your inbox.