Rhode Island’s Democratic Party has ruled for a half century. Currently, all statewide executive officers are Democrats including Governor Gina Raimondo. The Party holds super-majorities in the Senate (33/38) and House (66/75). 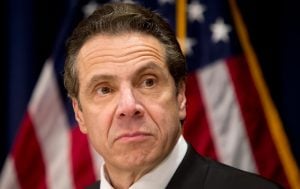 New York’s Democratic Party holds all statewide executive offices including the Governorship (Andrew Cuomo). They occupy 40 of 63 Senate seats and 106 of 150 Assembly seats. They have maintained an Assembly majority since 1974.

Massachusetts’ Democratic Party is a black sheep for failing to retain the Governor’s office. Republican Charlie Baker won by a hair in 2014, then handily in 2018. Nevertheless, Baker faces veto-proof Democratic super-majorities in Senate and House.

Collectively, these 5 states have 10 US Senators. All are Democrats, most are prominent.

Rhode Island Senator Jack Reed (elected with 70% of the vote) is Ranking Member on the Senate Armed Services Committee.

Connecticut Senator Richard Blumenthal, one of the wealthiest senators, was Connecticut Attorney General for 20 years. He sits on the Commerce, Science and Technology Committee.

(Blumenthal, Warren, and Kirsten Gillibrand (NY) adorn the Senate Committee on Aging. Warren and Gillibrand promote euthanasia. Not so sanguine is Blumenthal but some of his CT Dems have pushed euthanasia legislation since 2013. Massachusetts Dems placed a ‘Death with Dignity’ question on the 2012 ballot (defeated by a 1% margin). New York Dems sought to litigate a right to assisted-suicide until 2015 when they proposed a legislative route. New Jersey’s euthanasia law came into force August 1, 2019. Five Rhode Island Democrats co-introduced an assisted-suicide bill on January 30, 2020.) 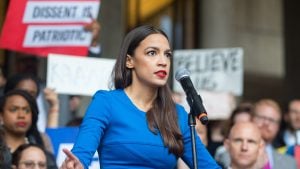 Massachusetts, Rhode Island and Connecticut send only Democrats to the House of Representatives. Ten of 12 New Jersey Reps are Democrats as are 21 of New York’s 27 Reps. The Megalopolis’s Congressional legation includes Joe Kennedy III and Alexandria Ocasio-Cortez.

All 10 cities inside the Megalopolis have Democrat mayors. New Haven has had only Democrat mayors since 1954; Newark since 1953. Minus a forgotten three-year blip, Hartford has had Democrat mayors for 72 years. Boston mayors have been Democrats for 90 years straight.

Massachusetts’ Department of Public Health runs 4 multi-specialty hospitals and 24 bureaus with titles like: Infectious Disease and Laboratory Sciences, Preparedness and Emergency Management, and Registry of Vital Records and Statistics.

This Megalopolis did not launch the C-19 deaths exaggeration crusade. The Lombards issued the pronunciamento on February 26. Madrid and France joined two weeks later; Belgium soon after.

Notable C-19 cases arrived in the Boston-Newark Megalopolis mid-February. Their first C-19 death came March 14. Over the next two weeks C-19 death reports popped-up across the area. By then New York reported over 1,000 deaths; New Jersey over 100. This period witnessed the rise of obvious efforts to write “Covid-19” onto as many death certificates as plausible. Results:

Some legerdemain is glaring. On April 14 New York City Health Commissioner added 3,778 C-19 deaths. These people had died in previous weeks, often at home. None were tested. In making this pronouncement the Commissioner described her marching orders as:

“We are focussed on ensuring that every New Yorker who dies because of Covid-19 gets counted.”

The number of “presumptive” C-19 deaths buried in the stats remains unknown, but looms large.

The main method of inflating C-19 fatalities is to insist, in every instance, that a positive test for C-19 warrants listing C-19 as a “cause of death.” This illogic also applies to presumed (untested) cases.

Between March 7 and 10 all five Governors declared “states of emergencies.” The next two weeks saw a ratcheting up of curfews and closures culminating in sweeping lockdowns decreed firstly (March 20) by Governor Cuomo and lastly by Governor Raimondo (March 28). Certain mayors, notably Boston’s Marty Walsh and Providence’s Jorge Elorza, pushed ahead of their Governors.

The Megalopolis’s Democratic Parties exploit this manufactured crisis to ram through unpopular policies and to further cement themselves into power.

Note to readers: please click the share buttons above or below. Forward this article to your email lists. Crosspost on your blog site, internet forums. etc.

The original source of this article is Global Research
Copyright © William Walter Kay, Global Research, 2020
AOCBlumenthalCortezCovid-19CuomoDemocratsDNCthestormisuponus
0
Share
Subscribe to our newsletter
Sign up here to get the latest news, updates and special offers delivered directly to your inbox.

FLORES: Amazon Will Endorse Fake Labor Unionism to Back Google’s ‘Online-Election’ – A Color Revolution Against Trump