The Military & Racist Roots of Police White on Black Violence

By Ronald Thomas West – Well, let’s offer a not so wonderful view of what’s up with the symbiotic relationship between the USA’s military and the USA’s police forces and I’m not talking about giving police charged with ‘protecting schools’ grenade launchers, machine guns and other inappropriate ‘surplus’ equipment. Rather I’m going to write about the altogether wrong sort of meme involved with creating a collective mentality, germinated in the American military and infused into the American ‘civilian’ police.

We’ll go for this short ride employing simple social psychology principles in combination with demographics. When ‘veterans preference’ is imposed on police hiring as a matter of law (violating the USA’s constitutional provision of  “equal protection of the law”) and a society such as ours is recently put through considerable stresses, economic and social, resulting in both heightened paranoia and less opportunities at well paying jobs, a form of ‘state terror’ manifests when the civilian police forces have become packed with ‘war on terror’ military veterans.

This phenomena translates into many veterans who’ve developed an ‘us versus the enemy’ mentality integrated into America’s police forces in relation to community, particularly when ‘community’ is demographically dissimilar to one’s own, and this mindset manifests when Black communities are policed largely by White officers.

Now, we stir into the mix some more unpleasant facts; in today’s America, conservatism has become poisoned by the religious right. A volunteer military is historically attractive to conservative mentality, more so than other outlooks, and this is what will be fed into the police hiring rosters in by far out of proportion (to larger society) numbers. The religious right is primarily White and has undeniable racist roots in a large segment or subculture. But there is more than significant, underlying elements of racism at issue here.

The soldiers advocate-civil rights group Military Religious Freedom Foundation, has determined that somewhere between 28 and 34% of the United States military is presently “Christian Dominionist” or that is to say hardcore or on the right of the religious right. These people do not respect secular democracy, they do not respect people holding opinion of tolerance or diversity, and they most certainly do not respect a civil rights movement traditionally rooted in the left of the political spectrum.

A simple rule of social psychology would be, with an extreme ‘strict father’ model of conservatism upbringing, extreme even by traditional conservative standards, the religious extremist desiring to exercise ‘authority’ is the prototype personality that will most often gravitate to police employ via ‘veterans preference’ … strengthening the hand of those fascist forces rapidly gaining practical control over American society as a whole.

Extreme religious-right sympathetic personalities presently have control over the Senate, Executive & Pentagon, and by extension, NATO, and now these patently reactionary, militant forces are taking practical control of America’s streets, the Posse Comitatus Act notwithstanding.

As a matter of consequence, our rapidly militarizing police have integrated, and continue to integrate, those personalities most inclined to view the public they were intended to serve as an opposing or threatening force .. with all of the attending impunity they experienced in a hyper-religious military environment.

This is whether an attitude a woman’s rape ‘must’ve been God’s will’ with little motivation to pursue and solve cases or punish perpetrators (except in case of a Black on White rape, that must be prosecuted in any White supremacist ruled society), men whose military background had been poisoned by theological interpretations on the far right by officers who shoved religious motivation down soldiers throats.

Among these are officers who believe Muslims are ‘the children of Satan’ as taught by the Assemblies of God, example given. Soldiers now moved on to bashing in the heads of protesters because they must be liberal, left, deviants, and certainly it translates to White officers policing Black neighborhoods seeing themselves in circumstance little different to occupying a hostile neighborhood in a war zone; where everyone, including children, are not only a threat, but are in no uncertain terms viewed as ‘the enemy.’

At the end of the day, ’veterans preference’, without safeguard to weed out those tens of thousands of “Christian Dominion” personalities whose primary motive is towards an America to be ruled by those ‘chosen by God’ (their own kind, exclusively, who just happen to be mostly White) in patent violation of our constitution, and with attending attitude of our citizens civil rights be damned, is one more large step on the road to societal disintegration ultimately inviting a severity of control along the lines of Franco’s Spain or Pinochet’s Chile (or worse) 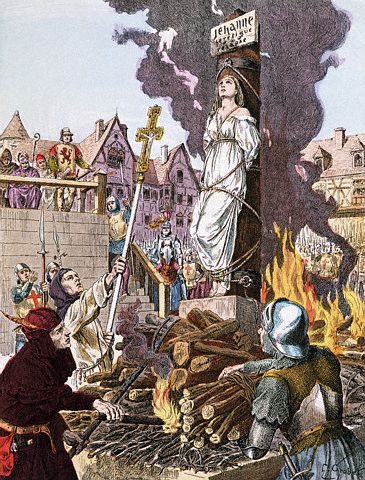 It follows, the USA’s constitutional prohibition of any prerequisite ‘religious test’ to serve in government, would appear to have been turned on its head in present circumstance; whereas any applicant for police work in any federally funded force (now days includes nearly all, if not all, police in the USA) could not be questioned or evaluated per a religious belief devoted to the undermining and ultimate overthrow of the secular democratic principle, opening a most unpleasant panorama (noting the faux left opposition is running itself off a cliff like lemmings with its ‘politically correct’ amnesia of any sane predecessors rooted in principled ethics.)

Advertisements
George Floydinstitutional racismmilitarizationPolice State
0 1,934
Share
Subscribe to our newsletter
Sign up here to get the latest news, updates and special offers delivered directly to your inbox.

WATCH Malcolm X: You can’t be a Negro in America and not have a criminal record

Beware the hijacking of US protests into a Color Revolution

The Worst Literal Hitler Ever

MAJOR: Iran Claims General Soleimani Was in Possession of…

Man Killed by Police After Violent Dispute Over Face Mask

Prev Next 1 of 5,248
Popular Topics
Advertisements

Busted: 11 COVID Assumptions Based on Fear Not Fact

Can you Claim a Medical Condition to Defy the Mask…