On June 8th, 1809, Thomas Paine (born Thomas Pain in 1737 in Thetford, England) died at the age of 72 in Greenwich Village in New York City. One of the greatest revolutionaries and writers in human history, one of the most integral and important personalities of the American Revolution, Tom Paine died poor and alone. Refused a burial plot in a cemetery because of his questioning of Christian dogma, he was buried beneath a walnut tree on his farm in New Rochelle, NY.  Only five mourners attended his funeral.

As Robert G. Ingersoll wrote, many years later, “Thomas Paine had passed the legendary limit of life. One by one most of his old friends and acquaintances had deserted him. Maligned on every side, execrated, shunned and abhorred – his virtues denounced as vices – his services forgotten – his character blackened, he preserved the poise and balance of his soul. He was a victim of the people, but his convictions remained unshaken. He was still a soldier in the army of freedom, and still tried to enlighten and civilize those who were impatiently waiting for his death. Even those who loved their enemies hated him, their friend – the friend of the whole world – with all their hearts. On the 8th of June 1809, death came – Death, almost his only friend. At his funeral no pomp, no pageantry, no civic procession, no military display. In a carriage, a woman and her son who had lived on the bounty of the dead – on horseback, a Quaker, the humanity of whose heart dominated the creed of his head – and, following on foot, two negroes filled with gratitude – constituted the funeral cortege of Thomas Paine.”

But his ill-attended funeral was not the last of the great man’s post-mortem indignities. Ten years after his burial, his bones were disinterred by Englishman William Cobbett, a radical reformer, who planned a heroic re-burial of Paine in his native land. When Cobbett died, 15 years later, Paine’s bones were still among his effects, but had never been reburied. They were subsequently lost, and have never been found. But there is a magnificent song, Tom Paine’s Bones, that is worthy of the subject, and I am sure Tom would approve.

Tom Paine had called out George Washington and other aristocratic Founding Fathers on their avaricious hypocrisy, and though Paine was a Deist who believed in God but no organized religion, offended the church with his critical analysis of the Bible and religion, and had scandalized, if not terrified, the monied classes on two continents with his advocacy of socialist economic reforms. Though he was reviled by many, he had helped to liberate both the USA and France from despotic monarchies and improved the lives of millions in his own lifetime, and since his death, his words have inspired revolutionaries around the world for centuries.

At the age of 16, Tom Paine tried to become a pirate, attempting to sign on with the privateer ship The Terrible, commanded by a man known as “Captain Death”. Though rebuffed at the time, three years later he did serve for a year as a privateer. In subsequent years, he worked as a corset-maker, school teacher and customs officer, among other trades, until in September 1774 he met Benjamin Franklin, who invited him to America, where he arrived on November 30th of that year.

Paine quickly became the editor of the most popular and successful magazine in the Colonies,  a position which he used to advocate the abolition of slavery, worker’s rights to the means of production and within the year, the American Revolution against British rule. Paine’s 1776 pamphlets, Common Sense and The Crisis are credited  with inspiring and sustaining, respectively, the American Revolution in the year of its birth. They both remain among the greatest examples of revolutionary polemics ever written.  John Adams declared that, “Without the pen of the author of Common Sense, Washington’s sword would have been raised in vain.” Paine was not just a writer. He enlisted in the Continental Army and served as a soldier under Washington and General Nathaniel Greene.

Paine was a harsh critic of war profiteers, and in 1779, he even donated $500 from his own soldier’s salary, (the equivalent of about $14,000 in today’s dollars) to start a soldier’s relief fund, and in 1781 went on a series of successful fund-raising trips to France. The French aid he procured was invaluable to the victorious conclusion of the American Revolution. After the war, Paine was awarded a small farm in New York and a smaller pension, small recompense for the hundreds of thousands of his pamphlets that had been sold throughout the war, for which not he, but others were paid.

In 1790, Paine traveled to France, then in the midst of its own revolution. In early 1791, Paine published The Rights of Man, which quickly sold over one million copies. On paper, in 1791.It was so inflammatory it got him tried for treason in England, in absentia, but in France, it was the basis of the new French Republic’s Constitution, which can best be summed up by its motto: “Liberté, égalité, fraternité” – “Freedom, Equality, Brotherhood”. Paine, though not speaking the French language well, was inducted into the French National Assembly, where supported the French Republic, but opposed capital punishment, and proposed King Louis XVI be exiled to America, rather than guillotined. Those who wanted Louis’ head, and got it, including Maximillian Robespierre, were soon seeking Tom Paine’s head as well, and almost got it. Paine was sentenced to death by guillotine, spent a year in a French prison, and was only released in 1796 when Robespierre’s faction lost power. He was reinstated as a deputy in the French National Assembly.

In 1797, Paine’s pamphlet Agrarian Justice was published and was met with great opprobrium by the propertied class, Paine’s proposal that all people had an equal right to the Earth, like Gerrard Winstanley’s, 150 years before that, and Che Guevara’s 150 years later, forced Paine to return to America in 1802.

There, he discovered his service was forgotten and his reputation smeared by the wealthy and the church. Despite his poverty and his physical condition, worsened by occasional drunkenness, Paine, like the fictional Cyrano de Bergerac, continued his attacks on privilege and religious superstitions.
He died in 1809, was buried and then disinterred, his bones lost to the ages, but his legacy remains  immortal.

Like Paine, Ernesto “Che” Guevara left his native Argentina for Cuba upon the invitation of revolutionary Fidel Castro. Like Paine, Guevara fought and won a righteous revolution on foreign soil, using both words and weapons. and after victory was instrumental in creating essential economic and diplomatic relations with foreign countries; Paine with France, Guevara with the USSR.

Both continued their internationalist and humanist revolutionary work in other countries after the success of their first revolutions, Paine risking his life in France, Che risking his in the Congo, and losing it in Bolivia. Both were impassioned and prolific writers, whose works are widely regarded as masterpieces and studied and respected to this day. Both were buried on foreign soil with ignoble ceremonies, and both were subsequently disinterred and brought to other countries.  Both exemplified universal Humanity and the highest qualities of genuine Internationalism.

Both were willing and able to back their words with deeds, even up to and including facing death in order to stand for their principles. And their principles were not only the same they were and are correct, universal and the highest that Humanity can aspire to. 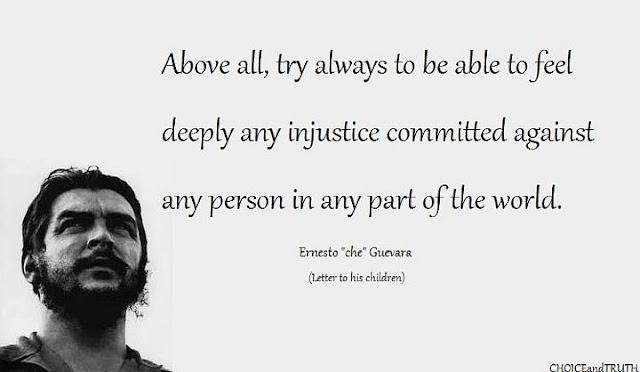 Thomas Paine, like  Che Guevara 150 years, is a titan in the revolutionary history of human evolution, whose words and deeds will continue to educate and inspire all those who believe in a just and prosperous future for all Humanity and are willing to stake their lives upon the task. 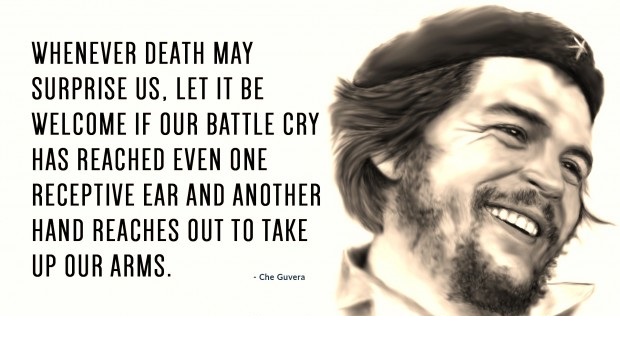 “THESE are the times that try men’s souls. The summer soldier and the sunshine patriot will, in this crisis, shrink from the service of their country; but he that stands by it now, deserves the love and thanks of man and woman. Tyranny, like hell, is not easily conquered; yet we have this consolation with us, that the harder the conflict, the more glorious the triumph.” – Thomas Paine

In these days of trial and turmoil, when the USA faces perhaps the greatest threat and challenge in its short 244 year history, it behooves all true patriotic Americans to read or re-read the words of Tom Paine today, to be reminded not only of what it means to be a true Patriot of one’s homeland, but also of what it means to be a member of the Human Race. The time is ripe for a new American Revolution, which can and must reverberate throughout the world.

The choice is stark – either we undertake the risk and toil of a new revolution today, to create the liberty and equality and justice of  a new world, or we will face the slavery and extermination of the “New World Order”, from which we will never escape or recover. The time is now, tomorrow will be too late. Take a lesson from Tom Paine, and Che Guevara, from the first American Revolution, from the French, the Cuban, the Russian and the Revolution of the Donbass Republics. We fight not just for ourselves but for the unborn generations, for the future of Humanity itself. As Tom Paine wrote, “If there is to be trouble, let it be in my day, that my children may know peace.”

LIBERTY, EQUALITY, BROTHERHOOD, FOR ALL HUMANITY! YOU HAVE NOTHING TO LOSE BUT YOUR CHAINS, AND A WORLD TO WIN! VICTORY OR DEATH! DAVAI!